To people of a certain age, the word Supergran might bring to mind a Scottish superhero from the 80’s, but this week a headline about an Afghan “supergran” was a world away from Saturday afternoon TV.

The article tells us that Zarifah Qazizadah is Afghanistan’s only female village chief; in fact, she’s only the second woman to ever hold this position. So what did she do to achieve such a level of authority that is so rarely allowed for women? Certainly her background was not unusual: she had to leave school at the age of 10 (something she regrets, stating that she was always top of the class prior to this), was married in her early teens and went on to have 15 children and subsequently 36 grandchildren.

So, in 2004 when she first ran for office, the men laughed, not only at a woman seeking a role of authority, but also at her claims that she would connect the village to the national grid, providing electricity, something to which only a third of the population of Afghanistan has access.

However, even losing that election did not deter Qazizadah from keeping her election promise. She travelled to Kabul, with her four-year-old daughter in tow, to insist upon a meeting the Minister for Power. While she was able to obtain his agreement, she was not able to get any funding. Again, this obstacle did not faze her; she remortaged her house and borrowed money (which has since been repaid) to pay for the work, and a mere five months later, the village had electricity. Furthermore, the profits from the electricity were able to fund a much-needed road bridge.

Unsurprisingly, Qazizadah was elected two years later.  Her next project was building the first mosque for the village where, uniquely for Afghanistan, men and women can pray together. Impressive as these achievements are, what has really been highlighted by these media stories is Qazizadah’s fearlessness and willingness to intervene in situations in the same way as a male village chief would. Travelling by herself provides no difficulty; she dons a false moustache and some men’s clothing and rides on her motorbike. To the astonishment of onlookers, she was able to use her tractor to pull a car out of a ditch. Additionally, she informs men that she needs only their prayers.  She’ll intervene for them with the government and that if they hear any disturbances, she’ll come with her gun and investigate.

All the above does sound super indeed, but hidden in the media coverage, a question arises: if Qazizadah lost the election in 2004, but was then elected two years later in 2006, this means she has been in post for six years, so why is it only now we are hearing about her achievements? A Google search brings up nothing prior to last week.  Why is this? It not as if she is unknown outside of her village, since she has won 18 awards from the Afghanistan Government.

A strong possibility is that with the imminent NATO withdrawal from Afghanistan, the media is trying to construct a positive narrative of the NATO invasion. Another recent BBC story, this time praising the Afghani Army, would also indicate that this narrative-building is occurring. Interestingly, in the original article, Qazizadah was not asked her opinion on either the NATO invasion or its upcoming withdrawal, which again seems a rather odd omission.

Not that this lessens the import of Qazizdah’s story, which is one of not just overcoming adversity, but also of using situations to her advantage. Earlier in life, her family relocated to the regional capital and it was there that she was able to begin community organising, first with a vaccine programme and then helping girls receive an education in secret, as by this time, the Taliban had seized power. She continues this community organising in her current role, as she head of the local women’s council and encourages them to be educated. Meanwhile she also has other aims, hoping to gain a seat in the national parliament.

So while Qazizdah definitely is super, it is possible that the timing for this story is for less than heroic reasons. 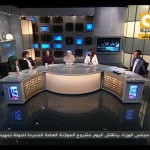 June 4, 2012
Stop Using Us: Women's Votes in the Egyptian Presidential Elections
Next Post 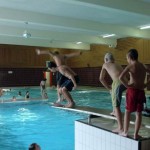 June 6, 2012 Yet Another Sensationalist Story about Muslim Girls and Swimming Lessons
Browse Our Archives
get the latest from
Muslim
Sign up for our newsletter
POPULAR AT PATHEOS Muslim
1

There is No Compulsion in Religion
With Afghanistan back under the rule of the Taliban and the presence...
view all Muslim blogs
Copyright 2008-2021, Patheos. All rights reserved.