Fashion as Resistance: The Case of Mali

Two weeks ago, I wrote a post discussing the attempt among Muslim leaders in Russia to prove that Russian Muslim women are modern and fashionable, unlike Muslims elsewhere. Soon after, fashion made headlines again, this time in the case of Mali, with Yahoo! News reporting on Darkar Fashion Week 2012.

The event, which takes place in Senegal, has been attracting designers from all over Africa for the past ten years. The event has been reported to attempt to bring Africa forward in the fashion world, and to counter Western fashion houses stealing African aesthetics and motifs.

Nonetheless, the Yahoo! News article focuses on Malian designers and the fact that fashion seems to be too colorful and perhaps too showy for the Islamists. Mali, a country that is rarely featured in the fashion section of the news, went through a coup d’état earlier this year, and now the northern region is under the control of Ansar Dine, a group commonly identify in the Western media as Islamist rebels, who have also recently attacked Timbuktu.

The article suggests that fashion is too “cool” for these Islamists, as they have taken the conservative approach in endorsing hijab and banning trousers for women. To some degree, the article portrays angry Islamists getting back at fashion designers and perhaps even women. Nonetheless, the issue may be a bit more complex than Yahoo! News analysis. The issue with fashion may be not its colors and uncovered arms, but what it represents. In an interview, designer Sidahmed Seidnaly, aka Alphadi and also known as the Magician of the Desert, expresses his discomfort with the situation in Mali and the push for Shari’ah law in the northern region. Similarly, designer Mariah Bocoum made her five-piece collection to represent the struggle of Malian people and as a way to resist the restrictions now imposed in Mali’s north.

Fashion in this setting has become a symbol of resistance, and it is a powerful one because fashion these days is quite mobile. It travels from east to west and from north to south and it is easily picked up by the media, as previous MMW posts have shown. In addition, this fashion is mainly guided towards a female market, and as scholars like Nira Yuval-Davis and Jasbir Puar have  theorized, in nationalist struggles women’s bodies are the first ones to be controlled, secluded and excluded. In situations of conflict, women become a source of either pride or defamation as they also become symbols of the nation.

Thus, the current situation in Mali is perhaps following the path that many nationalist struggles follow in terms of gender (more in Gender and  Nation): women become symbols, and the resistance that fashion brings along may be threatening for an Islamist movement that just gained power. Although perhaps ironic, because fashion in the Western world and in other places like Latin America may just do the opposite, Mali’s designers seem to bring a new proposal for countering the situation.

Unlike the Russian and the Chechen cases, where fashion is being adopted by religious institutions and governments (who then engage in the fashion world in order to put forward an image of the “appropriate” ways for Muslim women to dress), the situation in Mali is following a different route. Fashion as resistance is something what we do not get to see very often, but perhaps it will be a successful way to engage the international community with the situation in Mali, especially the Western world, which can be oblivious to other types of resistance, but seems to respond well to the runways. 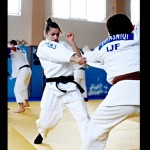 July 3, 2012
Kosovo’s Athletes at the London Olympics
Next Post 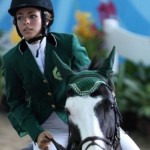