From the unibrow sidekick to the feisty heroine

From the unibrow sidekick to the feisty heroine September 4, 2012 Guest Contributor

This post was written by guest contributor Nasia Ullas (@mrsmumshad).

I live in Kerala, the only state in India which boasts a 100% literacy rate, which I often think comes with its boons and banes. We Malayalees are all too opinionated, go on strikes at the drop of a hat, and discuss politics way too much. We also claim to make realistic cinema which sweeps away all the Indian national cinema awards every year.  This seems to mean that usually when a movie is made about Muslims, it’s going to be about the prevalence of child marriage, the lack of education and the ill effects of polygamy in the Muslim community. I am all for realism, but is that all Muslim women are; a pathetic lot in dire need of help?

In the popular movies I watched during my formative years, the Muslim women were the meek side kick. The one who was pulled out of college to be married off early and at whose marriage celebrations, the protagonist (usually a non-Muslim friend of the bride) meets her love interest.

However, what disturbed me most was the UNIBROW.

All Muslim women characters had joined eyebrows. As if being born into a religion necessitated a particular hair growth pattern.

I know a lot of Muslim women in my personal life who had well separated eyebrows: my mother, her sisters, my cousins, just to name a few. However I also happen to know one Muslim female who had a thick overgrown unattractive unibrow, and that was myself.  If having a unibrow plus being Muslim meant that I was going to have an early marriage and remain a sidekick, my future looked bleak.

The physical depiction of Muslim women did change over the years. Now Muslim women are shown as  fair skinned (Indians are extremely biased towards fair skin) and gorgeous. I wasn’t all too happy with this depiction either. One time a cab driver asked me how come I was dark skinned when generally Muslim women were fair. DAMN THE MEDIA!

Like Aisha in Thattathin Marayathu, these women are pretty enough to be the protagonists, according to conventions. But again they are forced into marriage  at an young age to people they do not know. Wasting away their good looks in the kitchen, waiting to be rescued by non-Muslims. In the context of art imitates life/life imitates art, if you ask me, “Are there Muslim Malayalee women who need to be rescued from their present lives?” I would have to agree that there are. But are all of Muslim Malayalee women unhappy? Definitely not.

Then finally came a movie, which did justice to my part of the world. This year’s blockbuster Malayalam movie, Usthad Hotel. Here the

heroine is a Muslim girl being prepared for an arranged marriage. However, she is not waiting to be rescued by her Hindu boyfriend. She is determined to find her match from the ones her patriarchal family sets up for her. She wears a burqa by day and is a rockstar by night. Does she hide her rockstar status from her family? Of course, like most youngsters do. Does she hide it from her prospective groom? No. She eventually marries a Muslim man, (*SPOILER ALERT) who falls in love with all aspects of her personality. She doesn’t have to elope or be saved by a Hindu/Christian for her happy ending. The movie is predominantly filled with Muslim characters, and there are characters who are forced to have more children than they can bear, and  women who are married to Gulf employed strangers. But they are the side kicks. My heroine isn’t one of them.  Is it because she gets her fairytale? I don’t think so. It’s just simply because she dares to dream, without being a victim. She finds her place, amidst her limitations, without being sacrificial. She is the educated Muslim girl, who respects her family’s values and covers her hair when appropriate.  She also believes in equal chances and fearlessly enjoys her uniqueness. 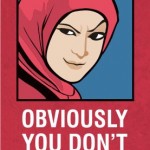 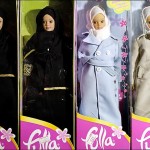 September 5, 2012 When Barbie Became Muslim
Browse Our Archives
get the latest from
Muslim
Sign up for our newsletter
POPULAR AT PATHEOS Muslim
1 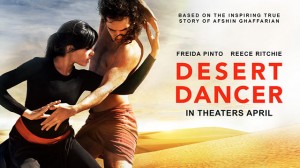 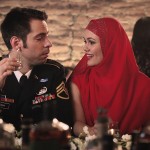 Latina American Muslimah on Khimars and World Hijab...
By Hazel Gómez In this strange era of the increased attempt of...
view all Muslim blogs
Copyright 2008-2020, Patheos. All rights reserved.