Marriages in Pakistan: More than just a gamble

Marriages in Pakistan: More than just a gamble September 26, 2012 merium

Recently, I’ve come across two articles on marriage, each published months apart in the New York Times.  The first is an introspective piece that advocates marriage within a Western setting, and the other addresses the apparent prevalence of free-will marriages in Pakistan.  While the first discusses a past romantic relationship and how the author eventually comes to regret not marrying her partner of seven years, the latter looks at how some Pakistani women are risking their lives and defying tradition to marry for love.  It so happens that both articles appear to deal with the ramifications of choices women make within the context of a relationship.

In “Missing the Boat: A Case for Marriage,” where Jessica Bennett (the author) reminisces about a lost opportunity, I was struck by her comment on how, ultimately, “marriage makes it harder for the other person to leave”.  Coming from a Pakistani cultural framework, the sentence could have read, “arranged marriages make it even harder for the other person to leave.”  This is contrary to what some women are willing to endure for their personal happiness as detailed in “Defying Parents, Some Pakistani Women Risk All to Marry Whom They Choose,” even if it is for the short-term.  While I understand Bennett was referring to how marriage might have salvaged her own relationship (trial separation; mandatory counselling), in Islam, marriages not only contribute towards sustaining a halaal relationship (in addition to financial support and procreation) but one of its effects is to extend the longevity of a relationship even if sometimes it is to the detriment of the couple.

Most marriages in Pakistan are of the arranged (or even semi-arranged) variety.  An arranged marriage occurs when a member of the family, a close friend or a third person party (hoping to hinge their way into your family’s inner circle) help bring two supposedly compatible families together in matrimony.  The groom and bride have never met before, and any interaction between them is akin to small talk with a stranger.  Conversely, a semi-arranged one is where the alleged “couple” have several “meet and greet” opportunities, thereby allowing both the couple and families to gain a sense of familiarity.  In some cases, extended formal engagements are also tolerated.  Notice however, how in both cases, the emphasis is on “families” and not individuals, further underscoring Islam’s communal theme of marriage being the cornerstone of properly functioning Muslim society.

Many couples have found happiness and love in arranged marriages (my parents are a lucky statistic who after many years together can still banter with each other).  In Pakistani culture, love marriages (also known as court marriages) are a rare albeit growing trend thanks to the “connections” made on social networking sites, whilst successful love marriages are still a rarer commodity, since such an act of “free-will” challenges traditional mindsets as it relates to one of the most powerful institutions in Pakistani society: the family.

When people attend a Pakistani wedding, they’re often struck by the ensuing fanfare of it all.  The flawless-looking bride and groom, surrounded by flowers, music and laughter; days spent in the prettiest clothes and dapper suits, what’s not to love?  What many may never learn is that the bride-to-be (let’s call her Sania) is a newly minted doctor who will probably not return to medicine (or consider specialization) until after her kids are school-aged.  And even then, the lack of flexible hours and familial support might prevent her from returning at all.  As for the groom, he might have had to break things off with his Greek girlfriend, someone he met while completing his doctorate at a top British university.  More importantly, what is least evident is the skillful negotiation and consultation that resulted in this marriage.  Both are from affluent families: she, the daughter of an industrialist, while his father is a well-known technocrat in government.

Consider another scenario and another wedding.  The atmosphere is the same in that people are rejoicing on the occasion of a wedding in their village.  The groom in this case belongs to a family in the milk business; they are owners of a thatch of fertile land and have a large herd of healthy cows and buffaloes and thereby supply fresh milk to nearby towns.  The bride’s father is the village mason who works whenever the opportunity arises.  Jameela is 18 and the groom is 32, and because she is barely bringing a dowry, she knows better than to not accept the proposal.  Additionally, the marriage will help, in a rather Austenesque fashion, to introduce her younger sisters to other eligible suitors in the community.  What is a wedding really but a networking event for matchmaking mamas and their nubile little brides-to-be?

In both cases, cultural and religious customs reinforce traditional gender roles, especially those regarding women’s responsibilities in the home and family.  Sania and Jameela are both expected to accede to tradition and marry according to the wishes of their parents and to the expectations of a community – where the honor of an entire family hinges on a woman’s behavior and reputation. Both Sania and Jameela will face the consequences of their decisions – decisions that families will label as “kismet” or “destiny,” usually in response to the “woe is me” attitude that has been ingrained into women as they comply to societal pressure to marry well.  In both cases, irrespective of class differences, both women sacrifice their own happiness and wellbeing for the greater good of the family.

Women of elite and affluent families however can afford to remain unmarried or consider (for the lack of a better word in this case) spinsterhood.  Jane Austen’s character, Emma said it best:

“…I shall not be a poor old maid; and it is poverty only which makes celibacy contemptible to a generous public! A single woman, with a very narrow income, must be a ridiculous, disagreeable old maid! — the proper sport of boys and girls — but a single woman, of good fortune, is always respectable, and may be as sensible and pleasant as any body else.”

A women’s socio-economic status does afford her certain liberties in this regard.  Some might even be lucky enough to choose who they marry.  That is not the case for Jameela, who will have to do the best under the circumstances and pray her husband is a loving and caring human being.  As for Sania, despite bringing in considerable dowry, she will either wait it out – in that perhaps her new family will come around to the idea of a career – or she too will join hordes of other women who undoubtedly sacrifice their dreams and aspirations to maintain harmony in her new family.

For many Pakistani families, a marriage builds networks and in many cases is a step up the economic ladder for one of the parties.  In the same vein, it is understandable from a completely practical point of view why many parents would not approve of love marriages, because unlike those who can choose their spouses, for many, the social networks created from arranged marriages is a source of pride and in my experience even perpetuates (and justifies) nepotism in the work place.  A marriage for love does not guarantee this.  Additionally, not all mothers are willing to “let go” of their sons that easily.  My interaction with people within my community (friends and family) has allowed me to witness the depth of a mother’s (slightly twisted) attachment to her son – a vicious cycle whereby a woman lacking in a solid relationship with her own husband transfers her affections and loyalty to the son. Often, when a new woman enters her son’s life, the mother is replaced in his affections, and that is where much of the acrimony and misunderstanding ensues.  What does that tell you of a women’s mental health in this country?  A study carried out in Pakistan showed that 25.5 percent of upper- and middle- class women experienced depressive disorders resulting from marital conflicts followed by 13 percent resulting from conflict with in laws.  I presume these percentages increase as the women’s socio-economic status falls.

With such high expectations, it is possible to suggest that Pakistani women are groomed from birth to become wives and mothers and it is no wonder that many young women firmly place their own value in terms of their marriageability.  The pressure on single, Pakistani women to marry and to marry well starts early on.  Irrespective of socio-economic standing, the ideal female partner appears to be: young (child-bearing), fair (light complexion), educated (preferably doctor) with considerable dowry potential.

This is not to suggest that all men are superficial and that all women are slated for motherhood, but rather that women are often liable to have to compromise more to maintain the sanctity of marriage compared to men and that marriages are ultimately a gamble on happiness.  Having said that, wouldn’t the chances for a successful marriage increase when both partners are better acquainted with each other and therefore relatively prepared to handle the pitfalls of a relationship?  What I find interesting, however, is that a 2005 study in the Journal of Counseling & Development found no differences in satisfaction between Indian couples in arranged marriages and American couples in love matches.

Pakistan’s highest court legalized “free-will” marriages in 2003, and those actually exercising these rights are women like Nusrat Mochi “who ran away to begin a new life, against her family’s wishes, with a husband of her own choosing”.  Or Almas Khan and Shamim Akhtar, a couple who were killed in Chakwal over Eid-ul-Fitr for eloping together.  Or the 219 (out 943 honor killings in 2011) women who were killed for daring to choose their spouse.  Their self-awareness and sense of empowerment is actually an act of desperation, a last-ditch effort for freedom.  Education is a first step towards changing mindsets about women’s role in society – on expectations in both the private and public domain.

Coming around to Benett’s article, I have to agree with her: “While happily ever after may indeed be a farce, there’s something to be said for uttering I do.”  I cannot fathom how Sania and Jameela’s lives have turned out but, as someone who prefers her glass half full, there is always something to be gained in an experience like marriage.  My only advice to those seeking matrimony is let happiness be their guide for finding a spouse and not let “longevity” keep you in an unhappy marriage, nor let the possibility of a divorce prevent you from experiencing this form of trust and commitment. 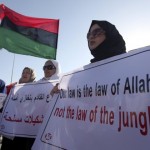 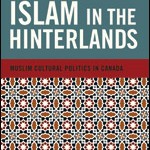 September 27, 2012 Book Review: Islam in the Hinterlands
Recent Comments
2 Comments | Leave a Comment
Browse Our Archives
get the latest from
Muslim
Sign up for our newsletter
POPULAR AT PATHEOS Muslim
1

2 responses to “Marriages in Pakistan: More than just a gamble”