The last few weeks in Libya have been tragic, depressing and hopeful by turn.  For months the militia situation in the country had been brewing, with increasing calls for disarmament and unification under a national army on the one hand, and on the other, calls for patience by those making the argument that the armed groups are needed to keep order and security. This simmering tension exploded on the 11th of September with the devastating attack on the US embassy, which took the life of the ambassador Chris Stevens, as well as other Americans and Libyans. As a Libyan myself, I was left enraged and speechless by the attack, and finally thankful that there was someone to articulate those feelings publicly on behalf of Libyans, as prime minister Mustafa Abushagur did in his article on the attack.

Initially there was some speculation about how far the attack was motivated by the protests against that obscure film, which is no longer so obscure, and how much it was a pre-planned terrorist attack. In the wake of the attacks, however, many people ascribed the blame to certain militias or factions of them, and so on Friday, there were two sets of protests in Benghazi – one called Save the Prophet, and the other Save Benghazi, the latter drawing many more people in a march against the militias, including many women.

In her recent article in Muftah, Women in Libyan Public Life: A Seismic Shift, Amena Raghei points to some of the achievements, and some of the setbacks, since the revolution, relating to the space for women in the public space.  She points out that many Libyans celebrated the fact that thirty-three women were voted into the two hundred-member GNC. But then what does one make of the defaced posters of female candidates? What does one make of the fact that in the past few hours, Libya AlHurra TV reported that Health minister Fatima Harmoush was attacked? It is certainly telling that a Gallup poll found that a majority of Libyans identified militancy as the threat they most feared.

It is with all of this in mind that I found that what was drawing my attention was not so much the number of women in the Save Benghazi protest, but the captions like “Libyan women protest against Ansar al-Shariah Brigades” and “A Libyan woman carries a wreath with a photo of U.S. Ambassador Chris Stevens,” pitting images of Libyan women carrying signs (often in English) against militant Islamism, represented by images of crowds of Libyan men carrying black banners.

But there were also Islamist men at the Save Benghazi protest, and while some of those signs in the Save Benghazi protests were focused on calling for justice for the ambassador, others were balancing their protest against both the film and the militias, nuances that were obscured by the fact that the protest was described not just as anti-militia but as pro-western (a heading that drew criticism and was later altered). This black and white depiction of the rift between the “Save the Prophet” and “Save Benghazi” protests reminded me of the “flag-switching” incident in Tunisia, also known as the tale of “Khaoula Rashidi and the Salafi,” which involved Rashidi refusing to accept a Tunisian flag being replaced by a black banner, an act she was later honored for. As with all symbolic moments, that moment of course involves an element of simplification. One of the demands of the students, for example, was that women should be allowed to wear niqab, underlining the fact that there are women who want to wear niqab and secular men and women who would like to stop that.

Personally, I think one of the difficulties in all of these “post-revolutionary” countries, where the struggle between “hardliners” and “moderates” is underway, is this persistent idea of modernisation as a process with secularization as the desired result, like a rainbow with a pot of gold at the end. There is such a thing as prescriptive secularism, and one can be a fundamentalist and secularist, as one can be a despot and secular – people in the region have lived under secular dictators long enough to know that. Symbolic images and exaggerated rifts depicting a confrontation between secularism/moderates and Islamism/hardliners as a struggle over which flag gets hoisted up does no good. Instead, we should be pushing for the idea of everyone having space in a pluralist setting, as long as they are willing to accept that others have the same space. This cannot be a zero sum game – if only because the problem with zero sum games is that one side will have no stake in the future, and nothing to lose. 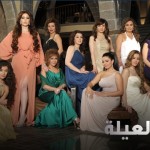 September 24, 2012
When Will the Revolutions in Syria and Egypt Come to TV Dramas?
Next Post 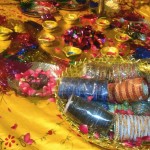