Half the Sky Documentary Reviewed

At the beginning of the month, PBS aired a four-hour film version of Nicholas Kristof and Sheryl WuDunn’s book, Half the Sky: Turning Oppression Into Opportunity for Women Worldwide in the United States. I read the book when it first came out in 2010 and examined its portrayal of female genital mutilation in Senegal for Muslimah Media Watch then. The documentary was heavily promoted by my local public radio and TV stations. Naturally, I made sure to have it turned on in the background while canning the remains of this summer’s tomatoes in my kitchen.

The book highlights stories of women from around the world—well, the world that makes up the Global South—who are oppressed (as defined by Kristof and WuDunn) and who combat their oppression on their own or with the help of organizations. I appreciated the book’s decision to tell the stories of these women—the oppression that comes from rape, maternal mortality, female genital mutilation, sex work (to name a few examples) as described in the book deserves to be told. But the way Kristof (and WuDunn) opt to do so, by dichotomizing and racializing the division created between the (privileged) Western World and (oppressed) Women Worldwide, leaves much to be desired. This underlying, subtle dichotomy they present is incredibly problematic as women of color have historically been objectified, spectacularized, and exploited for cultural, economic, and political gain.

The dichotomy between Western women and “Worldwide” women becomes immediately apparent in the film, as Kristof travels to Somaliland, Kenya, India, Vietnam, Cambodia, and Sierra Leone, with American actresses in tow, to report on the plight women and girls face in those parts of the world. The film, made up of two two-hour episodes, also includes appearances by US Secretary of State Hilary Clinton, a smattering of NGO leaders, Archbishop Desmond Tutu, and—yes, ladies!—even George Clooney.

Kristof has explained his use of white protagonists in his narratives as a “bridge” to maintain the interest of his readers in the past.  By continuing to use this “bridge,” Kristof routinely oversimplifies the problems women face, and insinuates that some sort of Western intervention is necessary for positive women’s global empowerment changes to occur. There’s little discussion in his writing and in the film about historical and overwhelmingly post-colonial context of the countries he visits and its interrelationship with the social, economic, and health issues women around the world face.

The actresses he brings along seemed to have little interest or background knowledge of the oppression in the countries they visited prior to being contacted by Kristof to accompany him for the documentary.  We see and hear firsthand their reactions to the stories of the women and girls interviewed for the film on screen—their shock, their tears, their compassion for the women they meet is visibly evident for viewers. Who should viewers identify with: the actresses or the women from around the world? And how might the film have been different without the actresses and Kristof to visibly identify with?

We also see Kristof himself in his Activist-Reporter role, flipping out his notebook for interviews over the course of his travels. The documentary thus elevates the American role as Observer and Activist-Reporter to the women’s lives the documentary set out to share—that Privileged Westerners must witness firsthand Oppression, share their reactions first and the stories of the women themselves second.

Another curious oversight is the role of men in the countries Kristof visits. There’s hardly any positive men supporting women and girls in the documentary—men are largely absent, abusive, and indifferent. In an excellent review of the documentary at Racialicious, Sayantani DasGupta explains why the portrayal of the film’s women—and the lack of men—by Westerners is problematic:

“White/Western dwelling men and women highlight the suffering, as well as local activism, of brown and black women. Brown and black men are portrayed consistently as violent, incompetent, uncaring or, in fact, invisible. And it’s only a small leap to realize that such formulations–of countries incapable of or unwilling to care for “their” women–only reinforce rather than undermine global patriarchy, while justifying paternalization, intervention–and even invasion of these “lesser” places–by the countries of the Global North.”

At Postwhoreamerica, Anne Elizabeth Moore and Melissa Gira Grant outline an extensive number of incisive critiques of Kristof’s writings leading up to the release of the film. In presenting the critiques, Moore and Grant question what Kristof exactly means by Opportunity (and who ultimately benefits from it) in the depressing premise of the project’s full title, Half the Sky: Turning Oppression Into Opportunity for Women Worldwide:

“Yet even linguistically, something nags about that title: one does not go from being oppressed to being opportuned—or do they? Perhaps a better question to ask is: for whom does Kristof’s particular mode of humanitarianism provide opportunity? Some young women may benefit, certainly. But NGOs, private-public partnerships, and other enterprising (and entrepreneurial) young do-gooders are jumping into the fray, too. All turning oppression into opportunity—but ultimately not doing much about eradicating the oppression in the first place.”

There were various moments in the film where I questioned whether the women and girls portrayed understood that they were being filmed and that their stories would be shared on an international scale. In Sierra Leone, Kristof and Eva Mendes follow a girl who had recently been raped, accompanying her and reporting even while she gives her statement at the local police station. Later, Kristof offers his assistance to the police in finding the man who rapes the girl; a member of Kristof’s security team locates the man and informs the police of his whereabouts. This segment, among many others throughout the documentary, also brought up the question of what role should journalists have in bringing perpetrators they encounter on the job to justice?

I wanted to closely examine the Somaliland segment of the film in my review, but was unable to watch it again online (the film was taken down for online viewing really quickly—it was only available for a week following its original airing). In the film, Kristof travels to Somaliland with Diane Lane and profiles the work of nurse-midwife Edna Adan in combating maternal mortality and female genital mutilation. There were some scenes of women in active labor at the hospital—were they informed that they would be filmed for the documentary beforehand? And how does cross-cultural understanding and consent to participate actually work in the field?

If Kristof were to have included Western women’s oppression in the film—how might he have chosen to portray it? DasGupta pointedly asks:

“Would Kristof, a middle-aged male reporter, so blithely ask a 14-year-old U.S. rape survivor to describe her experiences in front of cameras, her family, and other onlookers? Would he sit smilingly in a European woman’s house asking her to describe the state of her genitals to him?”

The website refers to Half the Sky as a “movement” –but what exactly is the movement for and who ultimately is served by a simple and paternalistic overview of the issues? The website offers a comprehensive list of NGOs that work to empower women around the world where you can donate or volunteer for. A Half the Sky Movement Facebook game is also in the works to be released in 2013, according to the website, where users can at the end choose to make a donation to an organization of their choice.

It’s still unclear to me what viewers and readers are meant to take away from the film and book.    Despite the criticism outlined above, the stories were informative and heartening to see, especially when grassroots approaches by local women were portrayed (and when the actresses and Kristof are absent from the scene). It would have been heartening to include examples of women’s oppression from the Global North as well—this might have helped to dissipate the dichotomy of the Western Savior and Worldwide Oppressed. As DasGupta eloquently states, the film, as is, “undermines global sisterhood rather than strengthening it.”

Perhaps most damning, though, in the film is the overt celebrification of journalistic narratives and the elevation of the journalist’s role to one of a celebrity-activist. Women from around the world deserve to have their stories told in a way that elevates their challenges and overcomings, fears and hopes, in the messy, beautiful, and complicated way things usually take place—with no celebrities in sight.

According to the film’s website, Half the Sky will be available to stream on Netflix in the United States starting on November 1st and will air internationally starting in 2013. 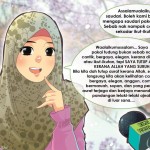 October 18, 2012 Not There Yet: Inclusion, Acceptance and Support for LGBTQ Muslims
Browse Our Archives
Related posts from Muslimah Media Watch

Muslim
Making Sense of “the Other”: A Review of...
Muslimah Media Watch
TRENDING AT PATHEOS Muslim