In recent years, women-only taxi services offering convenient and safe transit have sprung up in major cities all over the globe. These “pink taxis,” driven by women for women, offer a variety of benefits — not only giving women the option of avoiding harassment by male drivers, but also offer employment opportunities, business ownership, and in some cases, empowered transit in funky, candy pink rides decked out with lady magazines, beauty kits, and alarm buttons.

In Beirut, they’re styled as fierce competition to the standard transit system, brought about by one woman’s entrepreneurial vision, and follows similar models set up in Dubai, Cairo and Tehran. In Kuwait and London they’re “women-run businesses” offering “secure modes of transit” helping female customers feel less vulnerable when riding alone with a male driver. Moscow’s taxis are all about girl power, while Mexico City’s pink taxis are fantastically “girly” while helping address the problem of leering male drivers. But Yemen? Yemen doesn’t have a women-only taxi service and that’s because Yemen is too tribal and slow to change, to even consider allowing women to drive taxis.

Well, that’s according to a recent article by Radio Netherlands Worldwide. While initially promising (and Fugees inspiring), the title completely misled me into thinking a new, pink revolution had already hit the streets of Sana’a: “Pink taxis for Yemen: ready or not.” Apparently, not.

It didn’t take long to realize the point of the article was not to celebrate a new social and entrepreneurial opportunity for women — but to use the absence of pink taxis as a social commentary, highlighting gender segregation and the restriction of women’s employment due to “tribal tradition.”

The article leads by over-emphasizing Yemen’s culture of gender segregation. “Men and women practically lead separate lives,” with segregated weddings, women-only Internet cafes, and asks, “if so many places have separate facilities for women, then why are there no women-only taxis?” It’s a fair enough question. Taking a taxi with a male driver is awkward for many women and while of course not every male driver is a predator, there are many documented cases of sexual harassment by taxi drivers in Yemen. So in a country that is so obviously divided upon gender lines, why hasn’t segregation entered into the transportation sector?

Belqis Mohammed, the only named woman interviewed for the article gives us the answer. She keeps a screen saver of a pink cab on her computer, comes from a “conservative family,” and explains that while women are allowed to drive, no one, not even Belqis herself who dreams of running her own taxi service, would trespass against societal expectations. It’s just not acceptable for women to become taxi drivers.

According to the article, women drivers are absolutely “forbidden” as families prefer the more traditional professions of teaching and medicine for their daughters. Driving taxis isn’t safe. And even though women are allowed to drive, society is not ready to accept women taxi drivers — certainly not when “everybody carries a gun in this country.”

Gun slinging aside, the same could be said of almost any society. The taxi driving profession is overwhelmingly dominated by men, and people are surprised to find women driving taxis. So it’s unfair to use the tired images of guns, tribes and “niqab at the wheel” to help add substance to a story that isn’t there (yet). Now, it’s certainly exciting to think that a women-only taxi service might be coming to Yemen — but this article could have done more than rely on broad generalizations to illustrate the problem of Yemen’s “gender gap.” It’s almost frivolous to use the absence of “pink taxis” to discuss social taboos, when acute gender discrimination and poverty is responsible for high illiteracy rates for women, women continue to struggle against forced marriages, and are currently fighting for political equity

Especially when the Yemen Post also picked up the story, and used it as an opportunity to highlight Yemen’s “new breed of female entrepreneur” – painting a completely different picture of women in Yemen. Traditional ideas about women’s employment are mentioned in passing, and the focus of the Yemen Post article is clearly to encourage more positive steps in the future, concluding with, “women of Yemen are most definitely determined to pioneer social change by establishing themselves as equal citizens on all levels.”

While the Radio Netherlands article fairly represents some of the restrictions and challenges that Yemeni women have to live with, perhaps a better question would be to ask why is it more socially acceptable for women to be janitors and coffee servers in male dominated environments like government offices, where there are more, extended opportunities to interact? Or explore the social barriers experienced by some female entrepreneurs who, according to social mores, cannot approach large company administrations to market their companies, and have to hire men to interact with male customers. Or instead, gauge the reaction of local women to the emergence of private sector taxi companies, with their easily tracked, metred cars and standard fares (reducing the amount of interaction between customer and driver needed to haggle over prices), which now provide many women with a safer option when travelling alone.

There is one thing that I liked about the article, and that was it’s subtle message of hope for change in the future. Today’s Yemen might not have “pink taxis,” but according to my husband’s Yemeni family, “controlling women is becoming increasingly harder to do with more women graduating from every single university department, employers are increasingly opting for women employees, and women are taking over the role of bread winners for many families.” So, ready or not, social change is happening — and hopefully for Belqis, it’ll come in a pink Yemen taxi. 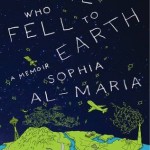 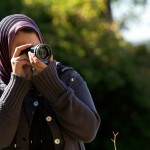 January 31, 2013 The Tiger Hunter: Interview with Filmmaker Lena Khan
Browse Our Archives
get the latest from
Muslim
Sign up for our newsletter
POPULAR AT PATHEOS Muslim
1