Book Review: Sophia Al-Maria’s “The Girl Who Fell To Earth”

The Girl who Fell to Earth is the coming-of-age story of a self-described “Qatarican” (Qatari/American) which takes the reader on a zig-zagging journey from a farm in Washington State to a Bedouin town in Qatar, and on to a houseboat on the Nile and the hustle and bustle of Cairo. The result is something very far from the usual “tone and content [of] the popular genre-memoirs of the victimized-Muslim-woman.”

This book is rightly described as a memoir, but because it begins before the ambivalently, doubly named Sophia/Safya is born some reviews have been calling it a family saga, describing the unlikely meeting of her parents: Gale, from working-class Tacoma and Matar, from the Bedouin Al-Dafira tribe. That meeting is described in the first few humorously written fairytale-like chapters, but later the focus is exclusively, almost solipsistically, on the narrator and her reactions to the world/s around her.

There is no deep digging into the psyches of other characters (perhaps understandably) nor prolonged political musing here. This is very much a personal story, a journey of self-discovery, with Sophia setting out, as the publisher’s blurb tells us, “to find her freedom, even in the most unlikely of places.”

What is the most unlikely of places? Why is it unlikely? The idea that you would find emancipation in Qatar, as this review points out, might be seen as unusual:

“She comes into contact with her Dafira family, and is ‘so emancipated by the chaos’ that she feels her world shift. This is…where the book takes a very different turn from most Arab-American memoirs, a genre where ‘roots’ and ‘family’ are typically in the East while ‘emancipation’ is Western. In its most caricatured form, the genre is represented by Nonie Darwish’s best-selling ‘Now They Call Me Infidel; Why I Renounced Jihad for America, Israel and the War on Terror.’”

But The Girl Who Fell to Earth is not a story of “East is Best” either, dealing as it does with  harassment on the streets of Cairo (“I never did learn how to deal with that particular aspect of living in Cairo”), issues of class in the Arabian peninsula (“all of the Gulf had a bad case of nouveaux riches”) and the differences between the bedu and non-bedu (“Umi Safya encouraged us not to care about being accepted by the moderns – non-bedu city folk.”)

For Sophia, whose “roots” and “family” are both there and here, it is about negotiating different worlds “between wherever East was and where West began,” even when in one place, describing the elite school she goes to as an “unreal enclave of Americana”: “My situation had been thrown glaringly into focus by the proximity of my Arab and American worlds which existed within a few roundabouts of each other,” Sophia notes, as she describes how “The commute between Madinat al-Dhafira and the American School began to give me cultural whiplash.”

And yet, in this story of growing up between “her redneck family in Washington State and her Bedouin family in Qatar,” Sophia comes to realise that being Bedouin in Qatar might be the equivalent of being a redneck in the US: “it took me a slow minute to get that she was using the word Bedouin the way an American might talk about rednecks.”

In her narration of her Bedouin family’s history, there is also a nostalgia that reminded me of Saudi author Abdelrahman Munif’s nostalgia in his Cities of Salt quintet, which depicts the change of traditional Bedouin culture, transformed by the oil boom. Living with her father’s family, Sophia thinks about how “In a single generation they had gone from migrating the peninsula with the seasons to living in windowless housing blocks.”

“Parts of the al-Dafira tribe had been crossing back and forth through the neck of the peninsula between Saudi, Qatar, Kuwait and the UAE for generations. While the disorientating effects of industry and modernity dizzied the tribe, invisible lines were being drawn in the sand under their feet and on the papers they couldn’t read. Sides of the border were taken and families were broken up.”

Sophia reverses this process in her own story, melting away borders in her own family through her descriptions of Um Safya, Sophia’s paternal grandmother, being like Gramma, her American grandmother, and finding the links between her grandfather from Norway and her grandfather Jaber, “two runaways in Norway and Saudi Arabia whose rebellion over a century ago made the unlikely meeting and marriage of her parents possible.” This is not a world where you can easily draw a line between East and West, as is evident from the opening chapters, where her father grows up watching not only Lebanese star Samira Tawfiq but also Star Trek and Lost in Space.

As this and the title suggests, there is a theme that holds this journey together. The first sentence is “this story begins with a winking star” – that star being Samira Tawfiq singing “Oh night, oh eye.” The epitaph is the Arabic recording on the Voyager Golden Records– literally translated “Greetings to our friends in the stars. May time bring us together.” The chapter titles (written in both English and Arabic) are of constellations. At various points in the story characters look up at the sky and point them out to each other, Um Safya teaching her children, Matar and Gale teaching each other in Arabic and English. When Gale goes to Qatar, described to her by an expat as “another planet,” she tells the Bedouin children, “I am not from outer space, I promise,” and they gather around her “like Ewoks to Leia.” Throughout, various characters consume science-fiction. At some points, the leitmotif gets a little forced, but most of the time it worksd. And finally, it is not about aliens and visiting other planets, but escaping into another space: “I had been shaped by these opposing polar forces, but I wasn’t governed by them anymore.”

I had first come upon Al-Maria looking into why there was not more Arab sci-fi, given the possibilities of dystopias and political allegory. Then I stumbled across someone at one time known as Sci Fi Wahabi, who describes herself as interested in Gulf Futurism, and now author of The Girl who Fell to Earth – not a political allegory or dystopic story, but a personal, funny, moving tale of growing up in what are often described as different “worlds” as Sophia and as Safya, and finding her answer, when pressed (“which is your name really?”) to finally be both – or “whichever.”

Ultimately, this memoir of a young Qatarican is drawn to a close in a scene of self-discovery in Sinai. It should be  clichéd. Instead it brings the journey to an open-ended, far from conclusive, yet rewarding close, a difficult balance that Al-Maria pulls off deftly. 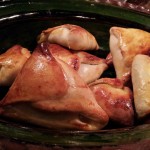 January 30, 2013 Pink Yemen Taxi‏
Browse Our Archives
get the latest from
Muslim
Sign up for our newsletter
POPULAR AT PATHEOS Muslim
1