I once asked my mother why boys had to be circumcised, but girls didn’t. Growing up in Singapore in the 1990s, it was more common for boys to be circumcised at the age of 7 or 9, where it resembled more of a rite of passage. They were not allowed to eat certain foods, had to wear a kain sarong for less discomfort, and had to be fanned at night to keep dry. My mother said that it wasn’t compulsory for girls, and anyway, the procedure was just “a tiny cut” — something that she felt was negligible, unnoticeable, and probably not a big deal if it wasn’t done.

Recenlty, photographs taken by Stephanie Sinclair of a mass sunat perempuan (female circumcision) ceremony in Bandung, Indonesia, in 2006 and published in 2008, surfaced again late last year. The ceremony that Sinclair attended was organised and sponsored by Yayasan Assalaam Bandung, a foundation that provides Islamic education and social welfare services. Yayasan Assalaam sees itself to be an open, inclusive, moderate, and dynamic organisation.

I called my mother and asked her if she had been circumcised, or if my sister and I had been. She said that she was, and my sister too. I asked her to elaborate on the extent of the circumcision. She explained that at the age of one or two weeks (around the time when the umbilical cord heals), she had had her clitoral hood snipped at the tip (to make it flat instead of hanging over and covering the clitoris), while my sister had a different procedure — her clitoral hood was scraped. She explained that this was the trend by the time my sister was born in the 1980s.

Both of these procedures had been done by a mak bidan, or post-partum midwife whose role is to help mothers to help mothers with their babies and also get back into shape after a natural birth with the use of tummy wraps, herbal drinks, herbal applications, massage, and bathing of the newborn baby. One day when the mak bidan was bathing my sister, she announced to my mother that my sister’s circumcision had been completed.

When my mother was growing up, there was a lot of mystery surrounding the practice. Coupled with the certainty of being ridiculed for asking questions, this practice was passed down quietly and without protest. It was “just tradition”.

The experiences that my mother had described to me were consistent with what I had read. In the province of Satun in South Thailand, the bidan has the “exclusive authority to perform female circumcision and reject the idea of this operation ever passing into the hands of medical personnel” for physical and ritual/religious reasons. In Indonesia, traditional circumcisers say they “learn the practice from other women during several years of apprenticing.”

While there is a lot of debate on female genital cutting in Africa, the literature on the same practices in Asia is sparse. In Malaysia, a university survey of 1000 respondents found that over 90% of Muslim women reported being circumcised. In Indonesia, the figure is upwards of 86%, with 90% of adults supporting it. In her study “Sunat For Girls in Southern Thailand“, Claudia Merli (2008) applies the same description to the province of Satun, because of cultural and regional proximity to Malaysia and Indonesia. However, in Singapore, my personal estimate based on anecdotal evidence[T3]  is that the incidence of female circumcision is very, very low, perhaps due to different economic circumstances.

Some of the reasons given for female circumcision are to be “clean“, to “purify the genitals and bestow gender identity“, to “control women’s sexual urges”, because they can only be beautiful if chaste, and help them not be “as wild”, which will “make men more excited in bed”. In Singapore, some of the older generation do argue that the reason that some young women are “wild” today is because they are not circumcised. Some also feel that there is not much harm because of the very small amount of flesh removed (described as the size of a quarter-grain of rice, a guava seed, a bean, the tip of a leaf, or the head of a needle), and the importance of supposedly avoiding the clitoris. Merli (2008) gathered a testimonial from Wati, a villager from Satun on her decision-making process:

“She had discussed the topic of sunat with a man well versed in Islamic law who had not let his own daughter be circumcised, claiming that the practice is neither necessary nor compulsory because it is not mentioned in the Koran. Despite this conversation, Wati and her husband decided to follow the local tradition, with a sense of pressure coming from other villagers, whose disapproval they wanted to avoid. The local bidan was not taken on as she was ill-famed for cutting away “too much,” some even said the whole clitoris. Another bidan was summoned from another location.”

Worryingly, there seems to be a trend towards institutionalising and medicalising this practice in the contemporary era (even for cosmetic purposes!). Merli noted that the trend towards medicalisation was worrying because while it may reduce pain or struggling, it would also allow a deeper excision, a practice that was being promoted in the village by some missionaries from India.

In Malaysia, the Fatwa Committee of Malaysia’s National Council of Islamic Religious Affairs ruled in 2009 that female circumcision,  was “obligatory for Muslims but if harmful must be avoided“. More recently, in Indonesia, the Indonesian Council of Ulema ruled in favour of female circumcision and added that although it can not be considered mandatory, it is still “morally recommended”. The leader of this council, Kiai Hajj Amin Ma’ruf, however warned to avoid “excesses” in the removal or cutting of the clitoris — a position supported by several hadith.

In late 2006, the Ministry of Health in Indonesia banned doctors from performing it on the grounds that it was “potentially harmful”, but this ban was not enforced. Hospitals continued to offer sunat perempuan for baby girls, sometimes as part of “birth packages” (which include vaccinations and ear piercing).Yayasan Assalaam also links the practice to celebrating the birthday of Prophet Muhammad, and even provides incentives like money and food to the parents who bring their daughters to their annual ceremony.

Local explanations for female circumcision centre around the lack of harm that it does to the girl, and that it indeed has positive benefits. However, anecdotal evidence includes pain while passing urine, or desensitivity of the clitoris and reduced ability for sexual pleasure. In any case, these explanations are situated in a web of political, social, and economic phenomena: preserving one’s Muslim identity by ensuring that the practice will continue through law and medical justification (as male circumcision has become), controlling the sexual urges of girls in the light of increasing teenage pregnancies, and the influence of Wahhabi or Salafist elements on Islam in Southeast Asia. The target audience in this debate are not the midwives or the medical practitioners, but the attitudes of parents vis-a-vis their daughters’ sexual and physical health.

I asked my mother if I had been circumcised. She said I wasn’t, because by then the mak bidan was nowhere to be found. She had come over from Malaysia through family contacts for my mother’s post-partum birth rituals, and she was part of a dying trade in an economically-growing Singapore.

“Why didn’t you ensure that I was circumcised?”

“It’s a sunnah anyway, it’s not that important.”

For some, defining female circumcision as “a tiny cut” means it is considered “harmless.” I can only say I am glad that my mother felt that this “tiny cut” was equally “harmless” if not done. 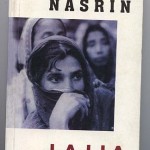 February 8, 2013 Friday Links | February 8, 2013
Browse Our Archives
get the latest from
Muslim
Sign up for our newsletter
POPULAR AT PATHEOS Muslim
1