Would the Real Muslim Woman Please Stand Up?

Editor’s Note: This post was written by Yasmin Ali.  I apologise for not including her name when this was originally posted. – Krista

I recently attended a symposium on Islamophobia at American Islamic College titled “Facing Religious Intolerance: Islamophobia in the 21st Century .” Panel members included Nathan Lean as well as Ahmed Rehab and Dr. Farid Hafez.  The panel was moderated by Laith Al-Saud, who is a professor of Islamic World Studies at DePaul University.   Nathan Lean is a scholar on Middle East studies and editor-in-chief of Aslan Media.  He has contributed to PolicyMic and co-authored Iran, Israel, and the United States: Regime Security vs. Political Legitimacy.  Ahmed Rehab is Executive Director of CAIR- Chicago and has a national media presence with appearances on TV and radio.  Dr. Farid Hafez was invited from the Department for the Philosophy of Law, Law of Religion, and Culture at the University of Vienna.

Having attended seminars and speeches in the past that also dealt with this leviathan of a topic, I expected the same references, but hoped for a newer perspective on a phenomenon that has been criticized and analyzed in many ways.

For although I believe that many theories and arguments have hit the nail on the head on how Islamophobia has spread and how it affects us, I have begun to wonder where the women have gone from the argument.  It was with this issue in my mind that I attended the symposium and heard three leading Muslim minds analyze, question and deliver poignant facts about the rhetoric of Islamophobia.

I heard Nathan Lean discuss the ways Islamophobia has been fed to the masses, and how recent marketing campaigns like CAIR’s MyJihad have begun to successfully change the feelings associated with Islamic terminology that has been miscast.  Dr. Farid Hafez successfully linked the opposing tides in America with his experiences in Austria, yet it was the speech delivered by Ahmed Rehab that most caught my interest.

“Islamophobia is more than the fear caused by the actions of bigots,” he stated, “It is the very action itself.”  He went on to explain the nature of Islamophobia as operational and active.  It was this act that had three main characteristics.

1.)    Misattribution:  The act of criticizing Islam for the action of one

2.)    Generalization:  Extending a belief held about one person to the entire community

3.)    Reductionism: To reduce the wealth of identity a community holds to a few simplistic, erroneous bullet points, thereby erasing their identity to replace it with your own misheld beliefs.

The question that formed in my mind while I was listening to these speeches, the subsequent panel and questions was this:

What role have the representations of women played in the perpetration of Islamophobia?  In the arguments against Islam, women have always played central roles, and I am not stating that we haven’t fought back to remove those stereotypes.  We have.

However, I believe understanding the problem fully is the first step towards curing it.  And we haven’t understood Islamophobia if we believe that women have not been one of the main targets of it.

Fortunately, as I listened to Ahmed Rehab, he unknowingly addressed the questions in my mind.  According to Ahmed Rehab, Misattribution, Generalization and Reductionism are three separate components of Islamophobia.

Yet I would go one step further to say that women have been the central rallying cry for Islamophobes who have used those this three pronged approach to miscast us as Oppressed Muslim Women.  Pamela Geller, on her blog Atlas Shrugs, recently wrote an article about honor killings in Britain.  Criticizing the BBC for not attributing these deaths to Islam, Geller takes it one step further to call accurate reporting “propaganda.”    On the other hand, Geller makes no mention of the many movements and organizations within Islam that combat Domestic Violence, such as Project Sakinah.

Have we responded? Yes, however not in kind and perhaps not knowingly enough.  As an artist, I have struggled against the image of what a proper Muslim woman should look like and do – and by no means is this blog post aiming to provide a peek behind the veil at the Real Muslim Woman, because there is no such thing.  Muslim woman are as diverse as Muslims at large.  If the larger community has begun to accept the immense degree of diversity our faith holds, they should also strive to recognize that in those diverse communities are the diverse women of the faith, as well.  There is no mold that women have to fit through to be considered a Muslim woman.   To make our argument against Islamophobia comprehensive, we need to include honest representations of the Muslim women in our community.

How does this play into Islamophobia?  As the recent CAIR campaign MyJihad illustrates, it is important to take ownership of the terms and ideologies that we hold sacred.  Holding onto the personal meanings of what Jihad is to all of us is crucial, as is beginning to fix the broken foundations of how Muslim women are viewed.

I believe many people still don’t understand what life is like as a Muslim woman, and that Islamophobic attempts to miscast us as ignorant, docile creatures have worked to a frightening degree.  We don’t even recognize how deep the fracture has gone, we’ve just gotten used to stepping over the cracks on a daily basis.  What is most frightening of all is when I go to lectures on Islamophobia and never hear how female representation has played such a huge part.

By not recognizing this trend as part and parcel of Islamophobia as one global Muslim community, we are attempting to treat a disease by getting rid of a symptom.  Women have long been the central focus for those who have wished to miscast the religion as oppressive and demeaning – operational bigotry at its best.   We responded in kind to Pamela Geller’s bus station initiatives to ‘defeat Jihad’ by clarifying what Jihad was.

Yet we are still struggling to clarify who a Muslim woman is.

When we, as women, are held up to be the unknowing victims who play into a game created to trap us, it reduces our identities to be nothing more than a trope.  And this trope is one that has been considered a criticism of Islam, yet the dialogue in our Muslim world is sorely lacking the address this criticism deserves and demands.

In order for this to occur, we need to be willing to take a fresh look at how we address Islamophobia.

I recently met with Madhu Krishnamurthy, Staff Writer for the Daily Herald, to talk about the changing nature of media these days.   As we talked about social media and the evolving nature of information, I asked her what she saw as the reason why people still depended on traditional news sources.

“There will always be a need for well researched, objective media.”

As bloggers, ‘experts’ and TV hosts ignite the social media world with inflammatory statements, we need to counter that with what we know to be true.  We need a marketing campaign for the everyday Muslim woman who takes ownership of her religion and what it means to her.  MyJihad? I say, MyIslam. 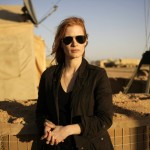 February 22, 2013
Zero Dark Thirty: A Tale of Bias and Burqas
Next Post