From this year onwards, wearing a niqab is officially an offence in the Netherlands, with “stiff fines” as the punishment. In 2012, interior minister Liesbeth Spies and the Freedom Party (PVV) of Geert Wilders pushed for a ban  on dual nationality, which received mixed support within Parliament.

What do wearing a face-covering veil and having another nationality have to do with each other? According to Liz Fekete, author of A Suitable Enemy: Racism, Migration, and Islamophobia in Europe, before September 11th  2001 the Dutch government was more concerned with the economic integration of specific groups such as the Moroccans and Turks. These communities had migrated to the Netherlands in the 1960s onwards, and were experiencing high levels of unemployment and poverty. At the time, security measures primarily focused on asylum-seekers and immigrants. However, after 9/11, security services took the view that Islam per se constituted a ‘threat’.

This is the view of nativist populist parliament member from the Dutch Freedom Party, Geert Wilders. Wilders is known for his advocacy against immigration from Muslim countries, against the ‘Islamisation’ of the Netherlands and Europe at large, as well as peppering his speech with Arabic words such as jihad, sharia, ummah, and taqiyya to demonstrate how much he claims to know about Islam. Among older people in the Netherlands, he is popular and taken seriously. In 2009, he famously said in an interview with Dutch news site that he was not scared of hijabi Muslims in the Netherlands and was ready to take them on:

“If I was Foreign Minister, I would ban headscarves the day I entered office. And let all the headscarves flap in Malieveld [a field]. I’ll eat them raw.”

In response, Al-Nisa, a voluntary organisation in the Netherlands for Muslim women, launched a campaign in 2010 called ‘Real Dutch‘, which aimed to counter aspects of the public debate about Muslim women as well as stereotypical images of them. Several posters were made for public display, with images of women with diverse appearances. One of these posters showed a Muslim woman wearing a hijab with a blue-and-white design known on Delft pottery, while eating a raw herring, a Dutch delicacy. The text says “Raw Deal”, a direct reference to Wilders’ words. Another poster showed a white woman drinking tea, referencing the then top candidate of the Labour party, Job Cohen. Cohen was known for visiting minority ethnic groups and promoting dialogue, which earned him the mocking nickname of “tea drinker”.

My favourite is the poster that subverts the slogan of the Dutch tax institute “We can’t make things any more fun, but we can make it easier!”. Here the woman says that “Yes we can make things more fun!”, which implies an active and positive contribution to Dutch society, without necessarily doing ‘typical’ Dutch things. According to their website, the objective of the campaign was to show that Muslim women from minority communities were indeed Dutch (and that even white Dutch women can be and are Muslims):

“The Muslim women’s organization Al Nisa stands for self-confident Muslim women. The organization allows for change by making women literally visible and by providing a stage for them. Women who may also like herring, licorice and a slice of cheese, who love to go camping and who enjoy a cup of tea with a biscuit. Women who besides being Muslim are also Dutch.”

The text describes the campaign as an effort to integrate Muslim women into mainstream Dutch society because what do you know, it turns out that they enjoy Dutch food and Dutch activities too! This describes the integration model of the European Union, where new migrants (and especially those from “Third Countries”) should try as much as possible to emulate people in their host country. Specifically, these migrants should embrace as much as possible concepts like democracy, human rights, and homosexuality — all of which are commonly framed as lacking in migrants from Muslim countries.

Open Society Foundations found this campaign to be “refreshing, more accurate, and very much needed“, especially because “there is not one niqab or burqa in sight“. While there are very few Muslim women who do wear a niqab in the Netherlands, they still exist. If they are eliminated for a poster campaign simply to show politicians that Muslim women are actually human beings, does this make a niqabi fair game for Islamophobes?

In 2012, Al-Nisa created  a new campaign called “Do You Know Me?” to create positive images of Muslim women in the Netherlands. The video features two women of Moroccan descent (one playing soccer, one in the park), one white Dutch (owner of a bakery selling typical Dutch cookies and cake), one Pakistani (a dental hygienist) and one of Turkish descent (an artist). Women of other ethnicities are shown briefly in the video, but other significant Muslim communities in the Netherlands are missing: Indonesians and those of Indonesian descent, and the Surinamese

The focus on Moroccan and Turkish communities fits into the larger discourse about Muslims in the Netherlands, where “Muslims” are usually code for “Moroccans” or “Turkish” communities. As Liz Fekete argued in her book A Suitable Enemy, European countries maintain data and surveillance on immigrant groups and asylum-seekers in order to enforce Europe’s borders. This prevalent idea is illustrated by a recent government report by the Netherlands Institute for Social Research. Even though the report is called “Muslims in the Netherlands 2012″, it focuses on Muslims “of Turkish or Moroccan origin” (recent and largest groups of migrants) but also “smaller Muslim groups originating from countries such as Afghanistan, Iraq, Iran and Somalia” (asylum-seekers).

Meanwhile, Muslims from backgrounds which are not deemed to pose a security concern since they are not asylum-seekers nor migrants are of no interest to the Dutch government and politicians. The report even admits that:

“Muslims from countries such as Surinam, Indonesia and the former Yugoslavia, as well as the small group of native Dutch Muslims (estimated at 13,000) are left out of consideration in this study due to a lack of research data.”

Al-Nisa’s campaigns are indeed a breath of fresh air with their positive images of Muslim women. While responding to political discourses is beneficial and interesting in that it shows an awareness of current debates, it also risks being reactive and risks perpetuating the discourses about who Muslims are and how they should integrate into mainstream Dutch society. It is important, as a movement of Muslim women, to find allies among all other Muslim women (such as Indonesian women, as a start) and other marginalised groups (such as Eastern Europeans).

In our attempt to show “who Muslims are,” we should be careful to not fall into the anti-immigrant, anti-asylum, and pro-integration lines of thinking of our host country. We can tackle Islamophobia by breaking down the ideologies behind such ideas, rather than by showing that we are not scary. 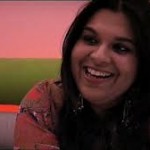 March 11, 2013
Strictly Soulmates: The Trials and Tribulations of British Muslim ‘Singletons’
Next Post 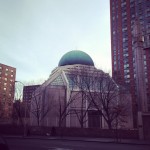 March 13, 2013 Unmasking Unmosqued: Finding a Space for Women
Browse Our Archives
get the latest from
Muslim
Sign up for our newsletter
POPULAR AT PATHEOS Muslim
1