As many of our loyal and long-time readers are well aware of, we’ve often covered the issue of women’s space and place in mosques. Whether we were looking at Chinese female imams and all-women mosques or the effect of mosque space on women’s love lives and, well, humanity, we’ve explored the various issues of gender, sexuality and politics found between the walls of many mosques. Mosques, much like any other space, are complicated meeting points of identity, belief, and mores, with potential to inform, impact and change not only our individual lives but also our social relations and standing. For this reason, the discussion of mosque space, not just as a physical space but also as the point of arrival of Muslims into their respective communities, and the formation of their relationships with one another, remains a conversation that requires to not only be heard but amplified.

Recently, a trailer made rounds in the Muslim online circles for an upcoming documentary, entitled UnMosqued, on the role of mosques in American Muslim communities.

“UnMosqued is a documentary film which aims to highlight the growing need for reform in many of the mosques found in America. The purpose of the documentary is to engage a group of people who have been disconnected from their local mosque and explore the various reasons that have led to this sentiment. (…) Masajid may not be doing enough to attract and retain the youth, which further alienates the future members of the community from using the mosque space for their spiritual growth.”

From what has been made available to audiences, it seems the documentary is interview-based, featuring primarily New York and New Jersey-based religious community leaders. Despite the strong response to the documentary from many Muslims in online spaces and despite the resonance of what is being said in the documentary’s trailer itself, it does seem as though there are some key oversights as well as some misrepresentations. I discuss these misrepresentations and issues in length on my personal blog, in a different form of this article, with the biggest takeaway being that the 2011 American mosque survey cited by the filmmakers on their website actually describes mosque and community trends that counter the claims being made both explicitly and implicitly by the filmmakers – as well as claims and “matter-of-fact” attitudes that many young Muslims may have about the form of mosques in America. Ethnic domination at American mosques has actually decreased since 1994, according to the survey, and mosque attendance has increased steadily. This, paired with the exponential increase in mosques in America since 2000 (by a whopping 74%), seems to indicate that the American mosque is not an empty and culturally reclusive building – but rather a growing spiritual and social center. This does not, of course, negate the countless negative, “unmosquing” experiences of Muslim Americans but it does offer a challenge to generalizations being assumed about the nature of the American mosque.

Yet, what is most fundamentally and strikingly missing from the documentary is the role, treatment and participation of American Muslim women in American mosques.

American Muslim women are amongst a handful of demographics within the Muslim community who have consistently faced varying degrees of marginalization and discrimination. The trailer only mentions women twice: once, a testimony by an actual woman (who has not been profiled on the website as an interviewee) and the second time by Mohammad Langston, who mentions being asked “why women are treated like dogs in mosques,” without any real expansion or clarification on that thought. In a couple of the interviews on the website, women’s issues and roles are discussed, however briefly, in terms of just “women’s rights,” and still not by women themselves. It’s important to have men acknowledge the lack of physical and social space afforded to women in our mosques – but without including women leaders and speakers in the documentary, what message is being sent to the audience?

While there is yet to be any survey on female participation in mosques from which we can gather some cold, hard survey numbers, we know that the physical space, alone, afforded to Muslim women in mosques speaks loudly about the perception of what their role in the mosque is seen to be. Women’s bodies, their purity, and their ability to contribute to their community are all under the constant gaze of many mosques. Maryam Eskandari is a visionary American Muslim architect focusing on re-building and re-thinking Islamic architecture and places of worship. In her 2011 Master’s thesis, “Women Places and Spaces in Contemporary American Mosque,” she writes, after surveying 32 mosques out of over 100 visited mosques in 2010:

“Through the numerous case studies and investigations of the American Mosques that I documented, it is clear that the community does not provide adequate spaces for their women members…A lack of attention to the needs of American Muslim women in the states has caused a gender conflict over the adequacy of spaces for Muslim women within American mosques.” (Abstract)

“Cultural convention is lost in translation particularly in allowing women the access to attend the mosque. Misinterpretation of legal practices become a nuisance when space and gender “clash with time” (Donald L. Millers) and becomes visible through religious practice. “Many Muslim [men] do not see any need for a woman to go to a mosque when she can stay at home with the children and pray, even though a mosque may be within a block of her house” (Kahera 2002, 122). In his book Deconstructing the America Mosque, Kahera explains that the medieval Muslim world “developed a legal discourse that was cognizant of the use of public space with regard to age, sex and gender but gave preference to men…many contemporary Muslim jurists share the same medieval views”( Kahera 2002, 124). Therefore, the distorted medieval view that women need to stay at home is still debated.” (pg. 100)

In a conversation I had with Eskandari, she vividly recalled not only finding very few mosques in the United States, out of the almost 400 she’s visited, that provide any sort of safe space for all Muslims, but also running into archaic attitudes from mosque boards of directors about her role as a mosque architect.

By marginalizing the obstacles faced by Muslim women in American mosques, the documentary Unmosqued misses a crucial opportunity to address this issue in the context of a (popularly perceived?) larger problem of community direction and growth, and thereby acknowledge that the situations of many Muslim women across the US in their mosques is not just a “women’s issue” but a community issue. When any part of our community hurts, the entire community hurts. In addition to this, by offering very little commentary on the issue of women in mosques, the documentary also frames the mosque as the space of the Muslim male, trivializing of women’s space. If we’re going to have this conversation – and we must – then we must also acknowledge that the majority of our mosques are not, as Eskandari put it, safe spaces: they are not places where just any Muslim can go and pray.

And just as there are absolutely awful mosque experiences, there are also absolutely amazing experiences as well. And then there are those experiences that fall in between the nooks and crannies of good and bad. Additionally, despite the centrality of the mosque to Muslim communities across the world for centuries, there are other avenues for our communities to grow spiritually and socially. In some contexts, Muslim Students’ Associations have garnered a particular culture of religious community and social centricity, which parallels a community’s mosque, in the college and university settings. Despite the popularly acknowledged exclusivity that can come with many MSAs (or not!), they have become integral for many Muslims as areas of spiritual growth and signify that we have more avenues for addressing relevant, social issues than maybe some of our local mosques.

As Muslim American religious space, in all of its forms, increases and expands, so too does the need for a conversation that does not, in its character, prioritize the needs of some Muslims over other Muslims – be these immigrants, ethnic minorities, women, LGBTQ, youth, or converts. We’re building the structures, but we’re lacking the foundation.  And this foundation cannot be complete without every part of the community. It comes down a very simple but incredibly powerful sentence by Amina Jabbar in a recent MMW post: Muslim men don’t know how to relate to Muslim women. Our mosques have created rigid barriers between men and women and in turn these barriers have led us to see women as almost “separate” from the community as a whole.

I hope that the filmmakers, who are still working on the documentary, take this great opportunity to bring in significant voices from the gendered underbelly of our community and our mosques. And I hope they do so in such a way that we know that when a woman (or anyone else!) has no place to pray, it is the responsibility of our entire community to find and give her that place. 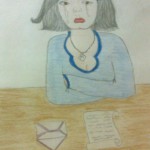 March 14, 2013 Telling the Stories of Street Children in Cairo
Browse Our Archives
get the latest from
Muslim
Sign up for our newsletter
POPULAR AT PATHEOS Muslim
1