Getting to know the Sexual Muslimah

When I converted to Islam, before Love Inshallah (which Merium reviewed last year) and Sex and the Citadel, I was immersed in a religious culture that had an ambivalent relationship with sex and sexuality. While the women in my community occasionally discussed matters of “lawful” vs. “prohibited” when it came to sex, they were also making use of Alberta’s Bill 44 to take their daughters out of sexual education classes, which some of them considered immoral and dangerous.

As a teenager, I received intense sexual education because my parents had been teenaged parents. However, this was not the norm in my culture. In Mexico, and many Latin American countries, sex is taboo. While dating is common, talking about sex is considered shameful and let alone discussing women’s pleasure and women’s ownership of their bodies. By the time I was a teenager, unplanned parenthood was at its peak, sexual transmitted diseases (STDs) were running wild and the boundaries of sexual abuse and harassment were quite blurry. My country had entered a historical time where sexual liberation was preached by many, but it did not come with access to education. In other words, sex was everywhere, from advertisements to movies, sex shops started opening up and contraceptives became legal, but only a few knew how to use condoms or what an IUD was. It’s likely that fewer still knew how to recognize sexual harassment and abuse, and just a very limited number of them would know what to do in such a case.

Interacting with the women in my small Muslim community reminded me of my teenage years back home, where adults and religious authorities alike avoided the topic but some young girls secretly got together to speculate about sex, marriage and relationships. This also made me wonder… what do men in my community know about sex, then?

Nonetheless, in the last few years, it is the talk of the speculating girls that have become the source of much discussion. Muslim women’s sexuality is something to talk about. What do they do? What do they think? What do they wear? What do they fantasize about?

Western media sources often seem to swing between familiar sexualized images of Muslim and Arab women and the ones of the oppressed all-covered Muslim women, that became more prevalent after the 9/11 attacks with the mission to free the women of Afghanistan(a discussion of this topic is available here). After the popularity of Love Inshallah others have followed, such as No Sex in the City, and the recent Sex in the Citadel, which despite some good reviews seemed to convince the Guardian that Muslims and Islam have it all wrong when it comes to sex.

However, this week, Shelina Janmohamed’s article caught my attention. Janmohamed is the author of Love in a Headscarf, and her article reinforces the idea that Islam used to be a very sex-positive religion. Despite ideological differences among groups, numerous Islamic scholars and other professionals have invested a lot of time providing supporting evidence for this point and describing the importance of good sex in Islam (here and here). In addition, Janmohamed’s piece raises a very important issue: Where do Muslims, and particularly Muslim women, turn when they need to know about sexuality and sex?

Leaving the issue of pre- vs. post-marital sex aside, there are very few resources for Muslims to explore sexuality and positive sexual interactions. Some sites dedicated to Muslim sexuality spend more words criticizing Western sexual liberation and secular teachings, than actually helping Muslims find useful information.  On the other hand, Muslims are often depicted in the media as resistant to teach and learn more about sex, which does not encourage anyone.

But all this begs the question, why are the books about Muslim women’s “secret” fantasies so popular?

I presume that beyond the Western mainstream media fetish with getting into Muslim women’s heads, it is because there is a general interest and an imminent need to rediscover what Islam has to say about sex and sexuality among Muslims.

From my personal experience, I think that sexual education can make all the difference in the world at any stage in life. As a teenager in a culture that overlooked the importance of sex and sexuality, I saw numerous classmates becoming mothers at age 15. Sexual harassment was common even when I was in junior high school, but neither boys nor girls could identify it particularly because often culturally boys are educated to believe that they own female bodies while girls are educated to think that their body is not theirs. Once an adult, and a convert, I have seen several friends struggle with sexual intimacy because they do not know what to do or who to ask. Some others find it difficult to enjoy married life because neither the husband nor the wife ever asked questions about sex.

Rather than getting scared about what is taught in Western sexual education or what is available out there (i.e. media, pornography, contraceptives, etc.) we should open up the discussion in safe spaces. Instead of finding out what Muslims have to say about sex in sensationalist books, we should attempt to become open and non-judgemental about sexual matters. Perhaps we can begin with pre-marital classes and advice and youth courses taught by members of the community. Parent education is also key. Making sexual education available to Muslims in a non-judgemental and safe environment will also help struggling parents to address “the big” questions that toddlers ask such as that staple question “where do babies come from?” Some Muslims have already started experimenting with such programs including a few Indonesian schools that in 2010 were featured in the media for their use of anatomically correct dolls, for both girls and boys, to teach children about healthy sexuality, personal space and safety.

Recovering the openness in sexual matters that early Islam preached can only lead to happier Muslims with better tools to address the challenges that sex and sexuality pose today. Don’t we want happy couples and safe children? 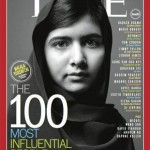 May 9, 2013 Review - Sex and the Citadel: Intimate Life in a Changing Arab World
Browse Our Archives
Related posts from Muslimah Media Watch