No (Wo)man Is an Island – Polio Vaccination in Northern Nigeria

I recently came across this video by UNICEF Nigeria about a community’s difficulty in getting all of their children vaccinated against polio. Polio mainly affects children under the age of five, where it can cause muscle weakness, irreversible paralysis, and death.

This video recounts the story of a small settlement called Hawan Dawaki in the state of Kano, northern Nigeria. Here, polio affects almost five per cent of children despite four national campaigns. While this disease is infectious and incurable, it is easily preventable with a regular vaccine that only involves a few drops of medicine taken orally.

A global multibillion dollar campaign started in 1988 and led by the World Health Organisation, UNICEF, and The Rotary Foundation sought to eradicate polio through the widespread free immunisation of children all over the world. As a result, there has since been a rapid decline of poliomyelitis around the world – with only Nigeria, Afghanistan and Pakistan being the remaining reservoirs of polio.

As shown in the video, some parents living in Hawan Dawaki strongly believe that the free vaccine is a plot by global Western organisations to sterilise their children. This belief is backed by a fatwa issued in 2003 by clerics in Kano that the vaccines were ‘laced with chemicals to make African girls infertile’. As a result, up to five per cent of children in Kano may contract this common childhood disease.

The heroine in this video is Aisha Ibrahim, a 50 year old Volunteer Community Organiser (VCO) for UNICEF, one of 2200 volunteers who are working in eight high-risk states in Nigeria to reach out to families whose children have not yet received the polio vaccine. She is easily recognised by her regulation bright blue hijab as she makes her rounds in Hawan Dawaki. Even though illiterate, she calls each child in the settlement by name. More importantly, she knows which children have been vaccinated and which ones are still at risk.

Aisha’s personal tragedy of having a child crippled by polio pushes her to find other ways even when doors are shut in her face. Even when a man of the house waves her away, and even when a woman regretfully tells her she cannot go against her husband’s wishes. Even when polio vaccination workers are routinely attacked and shot by members of Boko Haram, an Islamist movement whose name literally means ‘Western education is forbidden’.

Aisha finds allies in the moderate religious leaders who are respected to in her community. In the video she is seen reminding a male imam to include the topic of vaccination in his next Friday sermon.

The title of this video encapsulates the representation of Aisha. She is framed as a lone ranger working against the backward beliefs of some of her settlement’s inhabitants. Her motivation lies in her personal tragedy of having a child with polio – a mother who has seen her child suffer and who does not want other children or mothers to suffer.

Can one woman convince her village to let go of false beliefs and vaccinate all their children? The video suggests that she can. However, in reality, there are other bigger factors to consider. One is the legal and political situation of northern Nigeria: some states recognise aspects of Islamic law since 1999 and this has seen the use of amputation as a criminal punishment for stealing. The enforcement of hudud law can help to justify a hard-handed approach and give legitimacy to ideas and political options that are more ‘Islamic’ than others.

That members of Boko Haram, an group that aims to create an Islamic state ruled by sharia law in northern Nigeria, are allegedly attacking polio vaccination workers, shows their intention to attack softer targets in order to pressure the government in northern Nigeria and the state’s limitations in trying to deal with the various factions of Boko Haram. It also shows that the state may not have a strong hold in some areas of the country when it comes to educating citizens about the importance of eradicating polio – a health issue that should be neutral and not instrumentalised by political groups.

Another factor to consider is that Aisha herself works with male and female members of her community to encourage parents to vaccinate their children. In a context where she may only have legitimacy when speaking to women, she convinces one woman that the vaccine is needed to go to Mecca, because Nigeria is ‘a reservoir of the virus’. To get the message through to husbands and other men, she finds allies in the community’s male imams.

In summary, although Aisha is portrayed as working independently to ensure parents vaccinate their children against polio, in reality she works with other women volunteers as well as male religious leaders. Her “persistence” and “will” are not the only factors that influence the success of her mission; broader social and political factors relating to the security of northern Nigeria must also be taken into account. 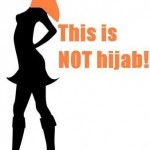 June 5, 2013
Beard Memes and the Proper Hijab Narrative
Next Post