When I wear hijab, I find that the average Pakistani takes me a lot more seriously.  Vendors at farmer’s markets don’t over charge me for being a “valaithi” (foreigner); the guy at the pharmacy limits eye contact and listens politely while I discuss the pros and cons of generic versus brand medications.  I get fewer curious stares and far less incidences of “accidental” brush-ups when maneuvering crowded streets.  Even match-making mamas are impressed by my modesty (not my age, but that’s another story), because really, how does someone with my education and background not be influenced by the silliness of the feminist movement?

For me, the hijab is…a tool of sorts.  A tool that allows me to somewhat anonymously navigate the beautiful, yet strange and not always “female-friendly” cities of my native Pakistan.  For me, navigating public spaces usually means a colored headscarf paired with a black abaya.  I call it my public face.  It allows me to run errands as quickly and efficiently as possible.  From visits to the doctor with my grandmother to berating construction workers upstairs for drilling at 2 am – my face, my hands and a tantalizing sliver of my white pajama bottoms through the foot-long slit in front is all anyone sees on an average day.  It’s not always comfortable (it’s nylon and heat-absorbing black), and I’m not always happy (I don’t feel like me). But in a country with a worsening rule of law situation coupled with burgeoning religious zealotry, the anonymity and purported security of looking like the average Pakistani woman is just freeing enough to allow me to get things done.

Turns out, the notion of the hijab as a tool (in this case for justice, peace and equality) is amply underscored in the Burka Avenger – a new, super hero cartoon that has everyone talking.  This extremely well produced 3D cartoon features Jiya, a school teacher by day and a karate-chopping, pen- and book-wielding, burka-clad super hero by night.  Accompanied by an adorable supporting cast of school children and a goat (which you just want to pet), Jiya fights to protect the children and the land of Halwapur from the evil antics of villains Vadero Pajero (corrupt politician), Baba Bandook (supernatural henchman), and their cronies.  Shown on the private channel GEO Tez, the show creatively uses comedy to relay serious issues – like girls’ education, child labour, protection of the environment, and discrimination – to young audiences.

Most viewers are generally excited about watching a locally produced show that for all intents and purposes is a super-hero cartoon.  But the discussion, as it usually does when it comes to the portrayal of Muslim women in the media, has shifted to the hijab.  The producers of the show were strategic in their use of burka (also spelled burqa), in that Jiya by day wears the traditional kameez shalwar dupatta combo and as a crime-fighter dons what basically amounts to a burqa, thereby satisfying most women across Pakistan’s political spectrum.

Keeping in mind the oft-politicized nature of any discussion pertaining to the hijab – either as a tool of suppression or empowerment through choice – it is unsurprising that the cartoon is not without controversy.

“Pakistani girls and women need to know that their natural state of being is not hidden away, shrouded by yards of black cloth to make their presence in society acceptable, safe, or halal…It will horrify me if little girls start wearing burkas in imitation of their hero, because that would be indoctrination of the worst kind,” writes feminist blogger Bina Shah of the burqa that Jiya chooses to adorn as a superhero.

While I may not agree with Shah’s suggestion that little girls will automatically take up the  burka  (although the influence of cartoons and toys on children are well documented), she makes a valid point about how women accommodate patriarchy by supposedly making their presence in public spaces more palatable, with billowy black abayas and burkas, squeezing out the traditional shalwar kameez dupatta combo that has served women well for decades earlier.  Pakistani columnist Huma Yusuf tweeted “Why couldn’t she be a Dupatta Dhamaka in a shalwar kameez and dupatta, which is more in keeping with who we are?”  (The dupatta is a long scarf worn over a woman’s outfit, much like Jiya wears as a schoolteacher; dhamaka is a firecracker.)

In actuality, the abaya and its various manifestations are increasingly becoming the go-to forms of hijab for many Pakistani women.  Myself included.  Even the creator of this cartoon series defends the use of the burka as the only culturally-appropriate costume for a female super hero and, I might add, one that is palatable for the people of this region.  The appropriation of the burqa says a lot about how much cultural norms of veiling/modesty for women have changed in Pakistan considering that at one time the shalwar kameez duppatta combo too was a standard of modesty.

To be honest, the reasons for why the abaya is increasingly becoming the standard of modesty that many women feel they have to live up to is still not entirely clear.  In addition to shifting cultural norms and personal preferences (choice), words like increased Talibanization, globalization and  Islamization might be thrown around to explain this sudden shift.  Pretty much everything post 9-11 that has contributed to the shake-up of the Muslim world could be a factor.  I believe however it has more to do with our “perception” (as women and girls) of the level of protection and social acceptance that covering up in veils like the abaya and burka affords us.  It goes beyond just “covering of the awrah” and may have more to do with the “bubble” of security that a simple sheet of black nylon affords us as we enter these purportedly sacred, public spaces.

In a country with worsening poverty levels, encroaching into traditionally male spaces has become a socio-economic necessity for some.  It is not uncommon to find women in abayas behind the McDonald’s counter or staffing the reception desk at your local bank. They work data entry and then rush home to feed the kids and care for their extended families.  Irrespective of their reasonings for participating in the labour force, for many women, the abaya largely conforms to their ideals of a pious and virtuous Muslim woman, thereby satisfying both socio-cultural norms of ghairath or honor and personal expectations of modesty.

I suspect that many Pakistani women, like me, wear the abaya more for pragmatic reasons than for ideological ones.  Given the context that we live in – one that certainly has its problems but that none of us can change singlehandedly or overnight – this clothing helps us blend in and fly under the radar as needed.  It’s not a perfect solution, and it certainly doesn’t mean that women who don’t wear hijab, abaya, or burka deserve to be singled out or harassed any more than I do.  But instead of seeing the Burka Avenger as promoting a certain form of dress, we may be better off seeing the show as a reflection of the practical choices that many individual Pakistani women make when it comes to their clothing.

I think the key word here is “costume.”  The burqa is a costume that Jiya wears to protect her identity as she fights evil in her city.  It also happens to be a costume I wear for my own strategic reasons.  I guess you could say that I don’t wear the hijab for its intended purpose, that is, as a modest covering for when I’m in the presence of non-mahram.  I would love to wake up one morning and walk out of the house (alone) wearing my favorite linen slacks, a crisp white shirt to ward off that heat, a scarf around my neck instead of on my head and a pair of gorgeous wedges I’ve been hoarding all summer.  But I probably won’t – at least not right now.

On the whole I’m delighted by the Burka Avenger – controversy be damned.  A slick production with campy characters and upbeat social messages: what’s not to love? 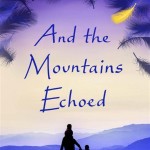 September 3, 2013
Book Review: And the Mountains Echoed by Khaled Hosseini
Next Post