The Elephant in the Room: Niqabs in the Courtroom

A couple of years ago I attended a lecture delivered by Dr. Natasha Bakht at the University of Alberta, who had come to advocate for women’s right to religious accommodation in the courtroom, a subject which proved to be quite divisive. I wrote a post about it on my personal blog, as I personally felt that her views on the issue were refreshing after all the anti-niqab brouhaha that was around back then.

Dr. Bakht’s speech focused on the now famous N.S. vs. the Queen case that took place in Ontario, Canada. The case, which brought a number of questions to Canadian court rooms, went from a sexual abuse issue to a discussion on the legality and appropriateness of the niqab in the court room, shifting from sexual assault charges in 2007 to a matter of N.S.’s niqab’s legality, and taking a few years to be addressed. Earlier this year the provincial judge reviewing the case (after the Supreme Court sent it back to the provincial level) concluded that N.S., a victim of sexual abuse, would have to remove her niqab to testify in court.

Earlier this year, after the judge’s decision in N.S.’s case was publicized, guest contributor Maria Salman wrote an excellent piece outlining the difficulties in dealing with religion, race and the niqab in the Canadian legal system. Yet, the niqab discussion has not left the courtrooms, which continues to trouble me.

This week The Guardian reported that a Muslim woman wearing a niqab was allowed to make a plea in a London court given that a female officer confirmed her identity. Whether or not she will be allowed to wear it during the full trial is still a question. The woman, who has been accused of witness intimidation, was initially refused the right to make a plea wearing niqab and later on was told that she may have to remove it once the trial begins in November. According to the Express, the judge “sparked fury” by letting the woman appear in court with a niqab, and one only has to read the comments in the above sources to realize that people continue to express anti-Muslim sentiments or ambivalent opinions towards the niqab.

While in the Canadian case the Supreme Court decided that cases involving niqabi women should be addressed on a case-to-case basis, I speculate that the British case could potentially represent a precedent for future dealings with women who wear niqab in the U.K. and other Commonwealth countries (although I don’t want to have too many expectations).

Now, the reason why this issue of niqab in the courtroom, and other institutions (i.e. immigration, education and justice), continues to puzzle me is because much of the media and the people engaging with it debate the definitions of religious freedom, rights and national identity without actually looking at the institutional framework in which decisions regarding those terms are made.

After moving to the Canadian capital, Ottawa, three weeks ago I was bothered, but not surprised, by the discourses surrounding political and legal institutions. Probably the worst experience, so far, was my visit to the Supreme Court of Canada. The Supreme Court offers hourly tours, so my roommate and I decided to take one. Upon our arrival to the Supreme Court Building we noticed that although many minorities take the tour, virtually 90% of the employees were white and male.

My roommate and I spent a good half an hour looking through the pictures of the judges appointed to the Supreme Court only to discover that very few women have been appointed and that their definition of “visible minorities” (a term used by the Canadian government and the provinces to identify non-white peoples) has been reduced to a couple of members with Eastern European descent. No First Nations, Métis or Inuit, no Afro-Canadians, no Muslims, no Asians, no Latin Americans, no Africans or anything that is too “visible” as a minority.

After that realization, which annoyed us, we decided to ask the tour guide for more information on the appointment policies. Our guide, who happened to be white and male, panicked when we asked these questions. In a room full of minorities, he ended up saying that “gender equality is not mandatory in the Supreme Court” and that they didn’t have an obligation to include minorities. We walked out of there feeling not only angry but disappointed.

No wonder we have so much trouble with niqabs! The problem I believe comes from the lack of representation not only of Muslims (who, by the way, are a big population in Ottawa and Canada in general), but of different groups that together could represent a more holistic worldview. I imagine the situation is similar in other Commonwealth countries, which really troubles me.

Are minorities, Muslim women among them, destined to have their fates decided by a bunch of middle-upper class white men and women who appeal to a “secular” sense of religious rights? Although minorities, as all other critizens, would have to abide by the secular rule of law and law-making, the inclusion of minorities could bring about a better understanding of race, religious rights and institutional discrimination. Canada has a reputation as a diverse, fair-minded society and ‘prides itself on being the first country in the world to adopt multiculturalism as an official policy, but as my visit to the Supreme Court suggests, there are many aspects where we are still far behind. 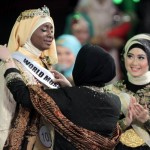 September 23, 2013
Beauty Pageants: Does Anyone Actually Win?
Next Post 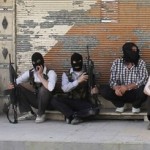 An Amazonian Celebrates Ramadan
NOTE: I originally wrote this for my org (FGBS) newsletter. Some items...
view all Muslim blogs
What Are Your Thoughts?leave a comment

5 responses to “The Elephant in the Room: Niqabs in the Courtroom”