A Clash of Principles: Examining the Niqab in Canadian Courts

A Clash of Principles: Examining the Niqab in Canadian Courts April 9, 2013 Guest Contributor

This post was written by guest contributor Maria Salman.

In 1992, a young woman gathers the courage to pen a deeply personal journal entry for a teacher. She finally breaks the silence over an earth-shattering secret that she is the survivor of childhood sexual abuse committed against her by two male family members. Fast forward ten years, the police lays charges, and the trial begins, but when the young woman is called upon to testify, she is startled to find an unexpected barrier before her quest for justice – her niqab. In order for her to successfully take the stand, she is told that she must remove her niqab so it will not interfere with the accused’s right to a fair trial. She vehemently refuses. By doing so, the young woman, identified as N.S., unleashes a chain of events that leads to the highest court in Canada grappling with this unprecedented question: How should the state respond to a witness whose sincerely held religious belief requires her to wear a niqab that covers her face, except her eyes, while testifying in a criminal proceeding?

After taking an uncharacteristically long time, the seven judges in the Supreme of Court of Canada released their decision last December. MMW has followed N.S.’ journey through the courts (here, here and here) but what we haven’t analyzed is the final Supreme Court decision and the surrounding media coverage.

So let’s take a look at it.

First, the decision: In a rare split judgement with three different perspectives, the majority of the judges outlined a framework that allows judges to determine whether a witness should wear the niqab on a case-by-case basis. If the fair trial rights of the accused are seriously harmed, the niqab will not be allowed. There were not one but two different dissents, both in direct opposition to each other. One dissent, supported by two male judges, found that the niqab should not be allowed in the courtroom at all. The other dissent, written by a lone female judge, argued that the niqab should be allowed in all circumstances in a courtroom.

A key issue in the case was the validity of demeanour evidence, which involves assessing the witness’ credibility based on visible facial cues. The defense lawyers argued the niqab presents an obstacle to accurately assessing credibility. The Supreme Court supports this argument – not based on any scientific evidence but because it is a legal tradition for the accused to see the witness’s face. However, social science literature indicates that there is no proven method of detecting a liar and lawyers are definitely not trained to assess a witness’s trustworthiness – one relies more on instinct than any other “method.”  MMW’s Krista provides a great summary of this issue here.

The case was framed in the media as an extreme clash of rights, one that pitted the N.S’s religious freedom against the accused’s right to a fair trial. News articles from when the decision was released depict the decision as a fairly balanced one or as a non-decision that doesn’t give a firm and clear direction to judges. Some mention mixed reactions to the decision – implying that this wasn’t a full victory for either party.

The implication of framing the decision as a clash of rights is that it infers both parties are on an equal position of power. The dominant media analysis – or lack thereof – fails to highlight that our history of prosecuting sexual assault cases is not stellar, particularly given the deeply embedded rape culture in our society. Many of these sexist attitudes and beliefs still permeate the criminal justice system today, and it means that the two sides of this particular case are not “clashing” on an equal footing.

As a law student and a Muslim woman, my personal thoughts on the decision are conflicted. On one hand, given the current socio-political climate regarding the erosion of civil liberties for Muslims in the post 9-11 era, I did not actually expect a decision that allowed the witness to wear the niqab at all times, and it could have been worse. However, I’m still unsatisfied by the majority ruling (which is the one to be relied upon by lower courts) because it hands judges considerable power in deciding whether or not the niqab has a place in a courtroom. For N.S., the decision means going back to same trial judge who initially ordered her to remove the niqab.

Further, part of the framework created by the majority of the judgement requires judges to balance the beneficial effects of disallowing the niqab versus the detrimental effects of allowing it. In doing so, it is alarming that the emphasis is not only on the sincerity of belief but also on the strength of belief. It is worth considering: Who decides the strength of a person’s religious beliefs and if it’s even possible to do so on an objective standard? Framing the decision as a reasonably balanced one fails to acknowledge the highly vulnerable position of a niqab-wearing women in the context of a sexual assault trial.

Interestingly, this article provides a profile of the trial judge as being “fair in his treatment of everybody” and outlines a long list of career accomplishments. The aim of the article seems to dispel the notion that he was biased against the niqab in any way. But considering that the niqab has been repeatedly vilified  in the media (a news segment features the defense lawyer in this case talking about facing the niqabi woman as an “unreal experience…kind of like being in the room with Darth Vader”), how does this affect a judge’s decision to allow the niqab in the courtroom? The next time this issue comes in the court again, the judge will almost certainly belong to a particular privileged racial group, which raises doubts as to how the ‘strength’ of a Muslim woman’s belief to wear the niqab is to be assessed.

This leads me to another key point – an essential element of the discussion that is entirely missing from the debate is that of race. Until a classmate of mine pointed it out, I never actually noticed the omission of race even from supportive organizations that intervened in the case. Subsequently, there is absolutely no mention of race in the decision, which I find greatly troubling. Sexual assault is a grossly underreported crime and women from racialized communities are even more vulnerable to sexual assault and harassment. Historical patterns have pointed to there being an “ideal” rape victim (i.e. white, heterosexual, able-bodied, middle to upper class). According to Sherene Razack, racialized women who are survivors of sexual violence are deemed inherently less innocent than their white counterparts and undeserving of protection. And even if they are to be saved, the desire is propelled by cultural bias in which patterns of sexual violence are seen natural to communities of colour. In these cases, there is no recognition of the debilitating impact of colonialism and the social reality of racialized women. It is unfortunate that Muslim women not only have access to limited social service resources but must also navigate a discriminatory legal system as well. The media’s erasure of race, as argued by Yasmin Jiwani, serves to ignore the layers of vulnerability and marginalization experienced by racialized women in the context of sexual assault. Hence, it’s highly problematic that the media analysis pays no attention to race at all.

The one uplifting feature that I take from this case is the bravery and strength of N.S., to challenge a Goliath of a legal institution in order to stand up for her beliefs. Knowing that there are lionhearted Muslim women like her acting as agents of change is a tremendous inspiration and reminds me of my own privilege as a law student in accessing justice.

The media plays a critical role in shaping the public’s perception of the niqab, so it is crucial to examine the interplay of the media and the justice system in perpetuating racist, sexist narratives. Stereotypes become reinforced, which further justifies laws that alienate niqab-wearing women. 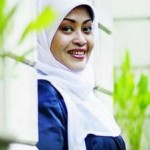 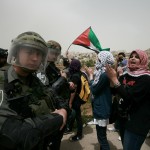 April 10, 2013 Stripped of History: Palestinian Women's Resistance
Browse Our Archives
get the latest from
Muslim
Sign up for our newsletter
POPULAR AT PATHEOS Muslim
1