A few weeks ago, an Indonesian religious teacher triggered a debate on Twitter when he made a series of tweets regarding women. Among his tweets were:

The strength of a woman is in her gentleness and maternal traits | what else could it be? | firm, strong, and fatherly? hehe..

Fyi, a pious husband loves to be relied on, counted on, and trusted | it makes him feel appreciated as a man 😀

“A woman must be strong, independent, not reliant upon others” | that’s your choice, not many men would desire a woman that scary hehe.. 😀

In another hadits, 4 characters of women who dwell in paradise | 1) loving 2) produce many kids 3) benefits her husband 4) her husband finds her agreeable

In an interview with a local media, the ustadz said that he had made the series of tweets to “share how Islam views women”:

“According to him, when a woman works, their duty as mothers and the caretakers of their households will be neglected. ‘She will find it difficult to give her best for her children and husband,’ he said.”

His tweets and comments reminded me of the reprimands that I frequently received from my relatives as a teenager: “don’t be too independent/outspoken/intelligent; it will make it hard for you to find a husband.”

Even as a fourteen-year-old, I found it difficult to see the reasoning behind that (supposedly) well-meaning advice. Isn’t it for everyone’s benefit that a wife and a mother becomes the full person that she is, even if it means being independent, outspoken or openly intelligent?

In today’s demanding world, where it is normal for many women to be expected to earn an income for her family while taking care of her children and do a slew of other domestic as well as societal duties, such views feel even more irrelevant. For example, I may not be anything compared to Khadijah bint Khuwaylid, but I have no shame in saying that it is my God-blessed brain, strength and independence that help me raise my family while managing several different jobs and volunteer to write on this blog all at the same time. And how about women like Dr. Hawa Abdi and Shirin Ebadi? These mothers – as well as many others – don’t only serve as mothers for their own family, but also nurture the hopes of many people through their respective occupations and activism.

The views above are even more cringe-worthy because they came from a religious teacher with more than 400,000 followers, many of whom are young women.

In all fairness, the young preacher did say in the aforementioned interview that ‘Islam does not forbid women to excel’ and pursue education ‘up to a doctorate degree’. But this latter statement seems to conflict with his earlier tweets; how can a woman progress intellectually when she’s not given the room to think independently?

Recently, a video of an interview of a couple Indonesian celebrities went viral and became a running joke among Indonesians. Although the center of attention in this video is the male figure, it is the expression of the female artist that I’d like to highlight in this discussion. After staying quiet throughout the interview while her partner said unintelligent things to the press, she turned to him in her sweet, chirpy voice and said, “You are going to buy me a house, aren’t you darling?”

(Uh-huh. You’re a pretty famous artist. Why don’t you buy your own house?)

I’m hoping that this snippet of her personality – meek, dependent and uncaring of what’s going on in her environment – does not represent the general picture of Indonesian women. But when and if preachers young and old in this country frequently dish out misleading comments and advice to women such as the ones discussed here, I think I have good reasons to worry.

I’m sad to admit that when I was pregnant, I prayed for a boy. One of the reasons why I did so was because boys have it easy. They don’t have to defend their personalities simply to please the other gender. They don’t have to feel that by being strong or independent their chance of marriage will go down. They don’t have to think that their intelligence is a liability rather than an asset. They don’t have to worry that when pursuing an interest outside the domestic domain, they will be judged as neglecting their family or their spouse will suffer an inferiority complex.

And now that I have been blessed with a boy, I write articles like this to ensure that in his lifetime, he will never utter irresponsible remarks such as the ones above. 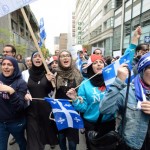 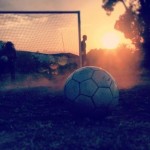 September 18, 2013 Journey: Dialogue Between WoC Muslimah and Two White Women Working in Africa
Recent Comments
1 Comment | Leave a Comment
Browse Our Archives
get the latest from
Muslim
Sign up for our newsletter
POPULAR AT PATHEOS Muslim
1

One response to “The Scary Independent Woman”