The “Story” of Suha Omar Ali

“I can’t follow the news anymore, it’s too much.” Over the last two years, I’ve heard this sentence over and over again from friends and family who no longer live their lives to the soundtrack of Arab satellite channels, from local variants like Libya Al-Ahrar to the pan-Arab channels Al-Arabiya and Al-Jazeera. It has become too much. When they say this, they’re talking about car-bombings in Iraq, drones in Yemen, militias in Libya, the “second revolution” in Egypt, and most of all these days, the tragedy in Syria. The accumulated bad news has become overwhelming so they’ve consciously deafened themselves to everything. “Don’t tell me, I don’t want to know. It’s all a big mess.”

They don’t even get their news digitally, as all the social media gurus tell us “we” are increasingly doing. To mangle Henry Reed parodying T.S Eliot, these people have “turned off the wireless/And sit in Stockholm or Manchester listening appreciatively to the silence.” This is the other side of the coin to the news-obsessed state of an Arab world described in Tamim Barghouti’s poem, In the Arab World You Live, which ends with these depressing lines:

In the Arab world you live,

One eye on your watch

Afraid that you’ll miss the news

To see people in the Arab world die.

Once in a while though, something cuts through that deliberate deafness: a “story.” The human interest, in media terms. And it’s almost always a story about one person and their inconceivable loss. Like the story of Suha Omar Ali.

I heard about Suha’s story first from someone whose only remaining contact with the news is a radio alarm. Half-asleep and half-awake, she heard something on a Swedish radio broadcast about a Syrian woman who had lost three daughters to the sea, and who was being detained in Egypt with her one remaining daughter. I heard another fragment of the story from two women on the bus, one an older Iraqi woman, established in her adopted country, and another a newly arrived young Syrian who called the older woman “Aunt” and asked about bus routes. They spoke about Suha. One of her daughters was disabled. She’d been hoping to come to Sweden, where the daughter would be treated, where they would “become human.”

These women on the bus, they had arrived.

I searched for fragments of the story, with words including “daughters,” “Syria,” “Egypt.” I found a vast number of articles about the exploitation of Syrian women in Egypt, and Al-Ahram calling this a “rumor.” Then I found a BBC report about Suha and talk about the worsening treatment of Syrian refugees in Egypt since the ouster of Mursi:

“When Suha Omar Ali fled battle-scarred Damascus a fortnight ago, she was a mother of four. Now she is a mother of one. Having survived years of conflict in Syria, her three youngest daughters perished in the Mediterranean Sea….Sama was the eldest, at eight, followed by six-year old Julia, and Haya who was five, and disabled. They left for her sake.”

In the words of Shifaa, another woman quoted in the article, who was once a student of interior design, there was an echo of the words the women on the bus had exchanged. Here in Sweden we are human.

“We already lost our dignity when we left Syria,” she said. “I think the seas will be more merciful to us than the people here. Once you get to Europe you become a human being.”

What does it mean to talk about Europe as a place where people “become human”?  What is it that Europe represents?  From the rise of the anti-immigrant far-right to the cases of refugees stranded in Lampedusa, it is clear that the struggle for dignity will not be over even for those who reach the other shore.  Still, the expression reflects the intensity not only of the desperation to escape but also for there to be a place, a haven for human rights, to escape to.

Suha made her journey for that place, and in doing so she lost three daughters and became a “story.”

A “story” gets a blip of attention. A fleeting moment of feeling bad about the state of the world. But of course Suha’s “story” is not a news story to her. She remains detained in Egypt, she has not reached the haven she imagined. It’s a reminder, yet another reminder, that people are living through the “mess” that some of us can’t even bring ourselves to follow. 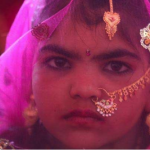 October 28, 2013
Age Is Not Just a Number: A Look into the Recent Controversy about Legalizing Child Marriages among Kerala Muslims
Next Post 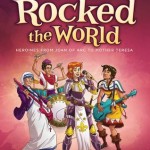 October 30, 2013 Take Off Your Veil to Rock the World
Browse Our Archives
get the latest from
Muslim
Sign up for our newsletter
POPULAR AT PATHEOS Muslim
1

God Loves These 8 Attributes
God is all loving. Most monotheists, including Muslims believe in that. One...
view all Muslim blogs
Copyright 2008-2021, Patheos. All rights reserved.