Age Is Not Just a Number: A Look into the Recent Controversy about Legalizing Child Marriages among Kerala Muslims

October 28, 2013 by Izzie
2 Comments
Age Is Not Just a Number: A Look into the Recent Controversy about Legalizing Child Marriages among Kerala Muslims October 28, 2013 Izzie

The last few months have witnessed an uproar in my home state, Kerala, surrounding the government’s release of a circular legalizing the registration of marriages of Muslim women younger than 18 years old and Muslim men younger than 21 years old. India, though a secular country, allows Muslims to follow the Muslim Personal Law in all civil matters. This is one of the reasons why a Muslim man can legally marry up to four wives, and can divorce his wife with the triple talaq, while a person of any other religion can be punished by law if they do the same. (I discussed the various ill effects of this disparity in India’s civil law earlier this year, in my MMW article about Indian marriage laws.) India, however, also released the Prohibition of Child Marriage Act in 2006, which makes it illegal for any Indian woman, irrespective of religion, to get married before the age of 18.

This recent circular was released by the government as a response to Kerala Institute of Local Administration (KILA) ‘s query regarding the numerous complaints and legal issues faced by Muslims who were struggling to get a passport because their marriage was considered illegal. However, the circular met with widespread protestfrom leading feminist Muslim organisations and other political parties who felt that it legalises marriages of girls younger than 18 years of age, thus encouraging child marriages, which is in direct violation of the Child Marriage Prohibition Act .

One particular news channel conducted a debate right after a set of ten Muslim political parties got together and decided to appeal to the Supreme Court to make the Child Marriage Prohibition Act of 2006 invalid for Muslim women (or should I say girls). Bappu Musaliar, who is the chairperson of the Muslim Personal Law committee, cited the example of Prophet Mohammed (P.B.U.H)’s marriage to Aisha (Radiallahu Anha). He argued that in the Shariah, there is no law that demands a particular age for Muslim women to get married; that Prophet Mohammed, whose example we are all to follow married Aisha at the age of 9; and that even at the time of the Prophet’s death, Aisha was still not the prescribed 18 years of age.  (There are disagreements on whether these ages are accurate.) He concluded that making it a punishable offence to get their children married before the age of 18 is a direct infringement on Muslim Personal laws. VP Suhara, who was herself a victim of forced child marriage, said that marrying a 14 year old is nothing but rape. She has been a lone crusader in the battle against Muslim personal law, as well as the triple talaq system. While Muslim clergy likes to always quote Prophet’s marriage to Aisha as an example to decrease marriage age laws, O. Abdullah, himself a Muslim Scholar, and leading journalist, rightfully asks (at 24:26) why the Prophet’s first marriage to a widow with four children, or his second marriage to a 63-year-old woman, are never considered examples or followed in the Muslim community.

Following this, a leading Indian newspaper, the Times of India, conducted a poll among Muslim students to see how many among them supported the reduction in marriage age.  A whopping 84% of women said they were dead against the decrease in age. This video (at 6:40) shows some Muslim girls saying that if any amends needs to be made to the law at all, it should be to increase the legal age to 21 years, where a women at least gets the opportunity to complete her degree education, and be reasonable and mature enough to choose their own life partner.

At the same time, the constant talk in my community is that too much education is a hindrance to a girl’s married life, and that if the girl turns 20, grooms treat them as unwanted. The trend in northern parts of Kerala shows that many families have their daughters marry at the age of 15 or 16, and then wait for her to turn 18 to legally register it.  The reasons cited for supporting the marriage of girls younger than18 years of age is that it helps save the youth from going astray, and that in cases where the girl elopes or has an affair with a guy before she turns 18, their marriage should be legalized as soon as possible, and the Child Prohibition Act is a hindrance against it. However, these issues or reasons are not limited to a community or religion, and yet the circular was singularly targeted at Muslim women.

After much opposition, the government edited the circular to insert an end date, stating that only marriages conducted before June 2013 between underage Muslim citizens can be legalized.  As of now, the controversies have died down.

I am married into a Muslim community where such laws have a direct and immediate impact on the girls. It was with shock but silence that I had to hear how a first-year medicine student, barely 17 years of age was getting married the next week. Of course she got to complete her education, but a million thoughts came to my mind. Was she even mentally ready for a committed relationship, when she probably should be spending her whole time and energy studying for a tough course? Obviously I, being the black sheep in the family (I married someone of my choice, and at the age of 30), couldn’t utter a word. Just weeks later, another paternal uncle rang us up to tell his XII class daughter is engaged; he also followed up to say that because of the Indian government’s non-Islamic rule of 18 years, they have to wait yet another year to legalise it, to which my aunt added that the Shariah law  has never imposed such limitations, and the Indian Government always brings up such hassles.

It can be argued that marriage is not essentially an imposition on a girl’s education. But it definitely brings with it the risk of pregnancy, and then the responsibility of taking care of a family; most importantly it often rips of the choice of education away from the girl and places it on the whims of the husband and his family, who may or may not decide when the girl has had “enough” education. In this scenario I have wondered what I, who has very close access to Muslims who practice this trend and believe that too much education is not good for any girl, can do.  Verbally convincing them is impossible; I will surely be shot down, with few quotations of the Quran, and of course not to mention the effect it will have on my married life. So as a selfish, non-social worker, what can I do?  Being the only woman in the family with a professional degree, and the only woman with a non-teaching job, I know that I am subjected to great scrutiny. And my ways would be reason enough to make or break the education of many young girls. So in my own small way, I try to show how my education and my financial independence hasn’t made me a bad homemaker. If this means learning recipes by heart and toiling in the kitchen when they visit, so be it. I hope and pray that in my own small way, I can at least influence the people in my immediate surroundings and be considered a good example of an educated girl, who helps her own marriage, is a blessing to her parents, and most importantly helps her husband lead a more balanced life, and therefore show that education doesn’t “spoil” women, and early marriage doesn’t save girls. 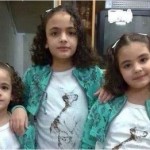 2 responses to “Age Is Not Just a Number: A Look into the Recent Controversy about Legalizing Child Marriages among Kerala Muslims”