Multorum Spirituum: The Many Faces of the Spirits Who Guide Us

Multorum Spirituum: The Many Faces of the Spirits Who Guide Us October 20, 2020 Storm Faerywolf

It is said that there are spirits all around us, as numerous as the blades of grass in a field. As unsettling a thought as that might be for some, those of us who are spiritually-minded can take comfort in the thought that life is more than we are currently able to see and touch and that life –in some form—always endures.

Occultists, spiritualists, meditators, witches, warlocks, shamans, and the like have long and detailed histories of their involvement with the spirit world. These are often ancestors who are tied to the individual, family, or clan, but there are numerous types of spirits that make themselves available for spiritual work.

The Dead
This classification of spirits are people who lived and then died. Everyone living eventually becomes one of the Dead. The dead do not simply vanish; they are still here with us just in a different form. And sometimes they are here to offer help. Having passed through the veil they are released from the limitations of the physical. Most often they move on to whatever is next for them in their personal evolution, but sometimes they stick around the earthly plane either to offer assistance, or in some cases to wreak havoc.

Whether they are the Beloved Dead (those dead whom we knew and loved while alive) or the Mighty Dead/Ascended Masters (highly developed beings often aligned to our spiritual systems, who offer assistance from “the other side”), the Dead are often petitioned with prayers and rituals, with the hope that they will intercede in some area of our lives. We might give them offerings of flowers, or of their favorite foods or beverages, or simply with the lighting of candles in their names. Most often the spirits that are called upon in this way are one’s personal ancestors, as they are said to be the closest to us, due to the fact that they can be said to literally exist within our DNA. Genetics, however, is not the only determining factor for working with one’s ancestors. Those who are part of a religious group might also have a spiritual lineage into which they may tap. In truth, any strong emotional connection can be sufficient to create a bond with a spirit, and so those individuals to whom we may feel a spiritual kinship can also be said to be part of our spiritual ancestry.

Animism: Spirits of Plants, Animals, Stones, and Place
Most indigenous spiritual systems posit a belief in animism: that all things possess an indwelling spirit. This is the basis for most magic: All matter is comprised of living energy, and all energy possesses consciousness. These indwelling spirits are the living intelligences within an individual plant, stone, animal, or even a location, as well as the collective intelligence for their particular genus, species, or land type. When growing an herb in our garden, say lavender, we will be able to work not only with the spirit of the individual plant, but also the archetypal spirit of all lavender. This is at least half of the essence afforded to the plant with which we might be able to access and commune, giving us a greater momentum of power to add to our workings. The same holds true for all things.

Angels
Far from being “invisible husbands” as often intimated by some of the pop-spirituality material out there, angels can instead be thought of as “computer programs of the universe”. They have a universal function to perform, and do not possess free-will. Angels are “agents of order” and are in charge of maintaining universal laws. They have little time nor interest in most human affairs. Often, what people experience as an angelic savior in times of great need is a manifestation of their own “higher self” which is sometimes referred to as one’s “Guardian Angel”.

Demons
Not a lot of people will want to work with demons and that’s ok. As “agents of chaos” they are the spiritual forces that break things down, much like the insects of this world. Not inherently “evil”, demons are often misunderstood and as such are feared and reviled. Personal demons might be habits that at one time protected you from certain pains but that have become useless or even detrimental. Transpersonal demons might be simply thought of as a form of “astral wildlife”; not exactly malicious but dangerous, nonetheless. One might work with them in order to help break down a longstanding negative pattern in their lives, for example.

Faeries
Speaking of dangerous, the Fae are a tricky bunch. “Faery” comes from an older word that simply means, “things of magic and enchantment”. This actually covers a lot of ground and not just those culturally specific little people we like to talk about every March when we celebrate Irish ancestry. These are another race of intelligent beings that live here on earth, but just outside our normal perceptual awareness. According to folklore they are dangerous (a far cry from the Disney-inspired white-washing that has clothed them in the guise of diminutive sprites eager to grant wishes to children.) In the older stories they were far more likely to kidnap your child than to bless them with a boon. Though they can be dangerous, there are some that are helpful to humankind if we are to treat them with respect and generosity.

Deities
Whether they appear to us as gods, as goddesses, or as non-gendered divine beings, this classification of spirit is at once the most familiar and also the most misunderstood. When we call something “a god” or “a goddess” we feel that we are adequately defining a powerfully mysterious spiritual force. But what exactly differentiates a deity from an angel, or a faery? The answer is, not much. Deities might be most easily thought of as spirits that have accumulated a larger degree of power than, say, the spirit of a plant or stone, or ancestor. They may have begun as one of these so-called “lesser spirits”, and then over eons evolved into a more powerful and influential force. This is usually what we recognize as a “deity”; a life force that is so strong that it affects others around it. Think of them like Saints or Ascended Masters, raised in power exponentially.

This is just a smattering of some of the more common spirit-types with which practitioners may choose to work but is certainly not complete. There is quite a diversity in spirit, much more than mainstream systems usually allow for. In this we might allow ourselves to see the spirit world as a reflection of this one: with an intricate environment of shared connections and resources, and an ecosystem that intersects our own. 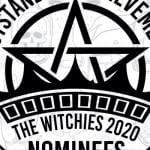 October 21, 2020 Scorpio Season for 2020
Browse Our Archives
get the latest from
Pagan
Sign up for our newsletter
POPULAR AT PATHEOS Pagan
1

Building For A Future We Won’t...
John Beckett
Related posts from Modern Witch