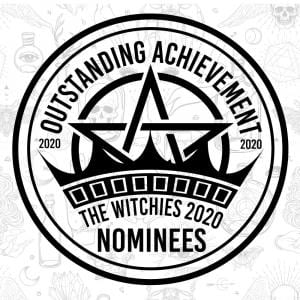 The Witchies are the first awards ceremony to focus on outstanding achievement and excellence in witchcraft and occult media and content creation. Our genres are generally so niche that creators are often intentionally excluded or overlooked by other organizations in the awards circuit; but that stops now! With The Witchies, our community finally has a place to gather and celebrate the amazing artists, writers, producers, and hosts who both represent our fields in the public as well as inspire us on our own journeys.

Official Nominations have now been made and voting for the 2020 Witchies is now open through October 15! Results will be announced live at The Official Witches’ Sabbat on November 7 at 6:00PM PST and will broadcast on YouTube the following day.

Let’s take a look at the nomination process and who our Official Nominees are this year.

The nomination process is the key to our success. Open Nominations were announced in mid-September, allowing for a two weeks period where anyone could nominate their favorite content creators. During those weeks we had over four hundred responses, and of those responses the top three to six who met our criteria were selected for Formal Nomination. The criteria for moving from Open Nomination to Official Nomination is as follows.

Each category had no less than four hundred submissions, while we would have loved to include more nominees in each of them, we had to whittle it down to a maximum of six.

Outstanding Book of the Year

Good Juju- Mojos, Rites and Practices for the Magical Soul by Najah Lightfoot

Outstanding Author of the Year

Gwion Raven – The Magic of Food

Outstanding Blog of the Year (Presented by Llewellyn Worldwide)

Outstanding New Blog of the Year (Presented by Weiser Books)

The Crow and the Dead – Mortellus

That’s Not Our Paganism – Jason Mankey for Raise the Horns

The Keys of Solomonic Magic and Spirit Conjures – Benebell Wen for BenebellWen.com

Outstanding Podcast of the Year (Presented by Llewellyn Worldwide)

Down at the Crossroads – Christopher Orapello and Tara-love MaGuire

Outstanding New Podcast of the Year (Presented by Weiser Books)

Occultism With A Side of Salt – Georgina, Chandler,  Aiden

Exceptional Podcast Episode of the Year

Down at the Crossroads: #100 Hanging out with Matthew Venus

The Witch Bitch Amateur Hour: #70 Reflections on the Haunted Magnolia

Outstanding New Vlog/Vidcast of the Year

Exceptional Video of the Year

Benebell Wen – Ancestral Power and the Witch – Bell Chimes In #44

The Nameton – You Laugh You Wizard: Occult Meme Review

The Bronx Witch – Is Wicca For Black People? | Sip With Me

Outstanding Album of the Year

Outstanding Collaboration of the Year (Presented by Modern Witch)

Outstanding Self-Published Book of the Year

Outstanding Magazine of the Year

The Witch of Wonderlust

The Witch of Lupine Hollow

Outstanding New Voice of the Year (regardless of platform)

Meg Rosenbriar – Witch of the Shoreline / Witch With Me

These aren’t the only categories for The Witchies, there are also ten appellative awards such as Lifetime Achievement and Outstanding Contribution which are delegated solely by our board.

Cast your vote now at http://witchessabbat.com/witchies/

About Devin Hunter
Devin Hunter is the bestselling author of the Witch Power Series (Llewellyn 2016-2018), the creator of Modern Witch (Podcast, Blog, Magazine, ModernWitch.com), as well as a professional psychic medium and occultist. He is part owner of The Mystic Dream in Walnut Creek, CA, and an initiate of multiple occult orders, including his own, Sacred Fires and is the cofounder of the Black Rose Tradition of Witchcraft. He has been featured in multiple publications and is a frequent presenter and keynote at conferences, and festivals throughout the nation. His highly anticipated fourth book, Modern Witch: Spells, Recipes, and Workings(Llewellyn 2020), a pictorial spell book and grimoire, is now available. You can read more about the author here.
Previous Post 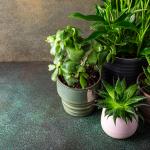 October 20, 2020 Multorum Spirituum: The Many Faces of the Spirits Who Guide Us
Browse Our Archives
Related posts from Modern Witch