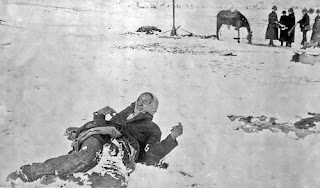 Now don’t get me wrong. I’m deeply grateful for the accident of my birth into this strange, messy, violent, and lovely experiment that is the American nation. I’m endlessly fascinated with it.

Yes, I am in the last analysis an internationalist, or rather more, a believer in the web of relationships that cuts no one off that says none is an “other.” And. And, I love my country, my native land which gave me language and culture and a perspective to engage the world. I wish only the best for it.

As with most things the reasons we all have for our identifying with our countries are complex. But for me among these things are ideas. In particular the foundational principals of the American nation, specifically the idea of a republic.

Bottom line I’m grateful to mysterious fortune that I was born into a time and place where my birth near the bottom of the social structures did not mean I had to stay there.

I’m also always conscious of the complex mix of circumstances, particularly being male and white which together allowed me chances others in similar circumstances but with different gender and skin color did not get.

Yes, there is more to it than that. But the “that” is very important to not forget.

There’s also little doubt in my mind among those accidents of birth one of the most important was the fact I was born into a republic with an ideology of egalitarianism, and a myth of classlessness that allowed the possibility of change.

There had been republican experiments before. I’m mostly aware of the European history of republicanism. Athens’ democracy, of course. Rome for a while. Italian city states. I think particularly of Venice. Others, as well.

I’m aware of oligarchic republics in ancient India. And I find it hard to believe there weren’t some forms of this model of human organization within the many cultures of Africa and the Americas, as well. Still, I don’t think they had much direct influence on the thinking that would become the American experiment, I’m only holding up that the idea is not unique to one culture or complex of related cultures.

Also in all these European states republicanism and oligarchy ran hand in hand, and the large majority were never part of the deal. It was later, out of the turmoil of the European Enlightenment that the idea of a republic began to take a larger view.

From its inception the American republic has been flawed. From the beginning it has had an oligarchical core. Still does. And we’d be foolish to miss that. Just as we’d be foolish to miss those who’ve been disenfranchised along the way. Women for most of our American history. The institution of slavery has justly been called America’s original sin. And even yet, even despite the recent presidential election, race continues a cancer on our body politic.

And, and, and today, mostly, I find myself thinking of the indigenous peoples, the first nations, the native Americans.

On this day in 1890 the 7th Cavalry massacred an encampment of Lakota Sioux, many elderly men, women and children.

Our whole enterprise is built upon the bones of older cultures which we destroyed with fire and rape. And whenever our ancestors came to join this nation we inherited the sin along with the glory.

If we hope to be what we hope to be, we must not turn from the shadows, the dark parts of our hearts, the wounds we inflicted and which we carry…

Sorrow and joy woven together, one thing…

December 30, 2009 DON'T BELIEVE ANYTHING YOU THINK: A Reflection on Awakening in Zen
Recent Comments
5 Comments | Leave a Comment
"I was always taught (since 1970) that in China, anyway, the five classic poses for ..."
Neva Trejo A Note on the Use of ..."
"A wonderful piece, James. I was recently sitting a week long thing, and two days ..."
Keith Angilly A Note on the Use of ..."
"Thank you, Mark."
jamesiford The Zen of Lewis Carroll: A ..."
"Thanks!"
Bob Evans Considering Universalism: The Secret Teaching of ..."
Browse Our Archives
Related posts from Monkey Mind