All Is Forgiven: The Arts of Zen Meditation

All Is Forgiven: The Arts of Zen Meditation March 3, 2012 James Ford 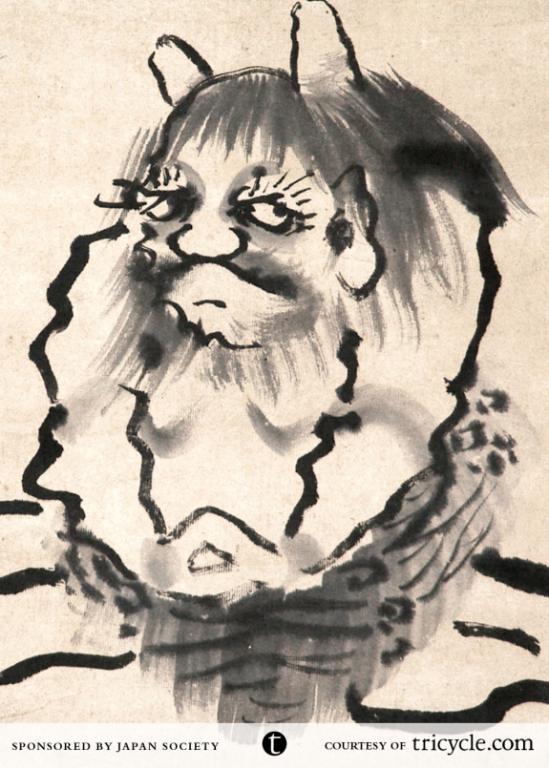 Meditation in the Zen tradition really boils down to three things. Sit down. Shut up. Pay attention.

First that sitting down. Now, the Buddha himself taught there were four postures for meditation, sitting down, standing up, lying down and walking. And I have no doubt each has its place. And each of us will find a closer affinity with one or another. That said, I think for most of us sitting down is going to be the best thing to do, both to start and to maintain a regular practice. In the Zen community it is where we always start.

The ideal position is called a full lotus where the feet rest on the thighs. With stretching and over time, many people can do this. It is the most stable of positions with the bottom raised by the zafu and the knees both dropped to the ground a solid triangular base is created. The half lotus with one foot on the thigh is slightly less stable but works, fine. Resting one foot on a calf is called the quarter lotus, or in my circles the half ass lotus. Setting one foot in front of the other, but with the knees both to the ground is called Burmese. This is how I usually sit.

Other options include kneeling and either sitting on a sidewise zafu to take pressure off the ankles or using a kneeling bench, called a seiza bench for the same effect. Some use computer chairs, which naturally creates the same base. And, finally, one may sit in a chair. The secret here, as with all these positions is to have the bottom slightly higher than the knees. This causes that triangular base. It isn’t as stable, and most people who are serious about the practice, unless there is a significant physical obstacle, find getting on the ground on the floor the best thing.

Of course this is just the base. The idea is to sit with an erect and upright posture. We do this by holding the back straight, by which we mean the natural “s” cure of the human upright posture. Resting comfortably on that triangular base, a slight push at the small of the back, together with holding the shoulders back slightly should reveal what upright looks and feels like. If you don’t feel comfortably upright swaying the torso back and forth or in shrinking circles will take you to that centered and upright position.

If you tuck your chin in slightly and mentally align your ears upright with your torso, your head will be resting comfortably upright. Place your hands in your lap, placing your left hand in your right, allowing the thumbs to touch lightly, creating an oval. This is called the “cosmic mudra.” Pull your elbows out slightly. In Zen meditation one sits with the eyes open, with the gaze falling forward to the floor a couple of feet ahead.

If you’re just present, noticing, but not following the thoughts and feelings as they rise, this is called zazen or just sitting.

Of course few of us are just sitting. We worry about the past, we plan for the future. So, when beginning the practice most teachers encourage some slight intervention to help with concentration. There are a number of methods including counting and sometimes mantras.

I recommend one of the simplest of the forms. Take five breath cycles and put a number on each inhalation and exhalation. So, one on the in breath. Two on the out breath. And so on until ten. Then start over again.

Some teachers encourage various breath manipulations. I do not. Just breathe naturally. The posture will encourage diaphragmatic breathing, filling the lungs from the bottom. But just let this happen naturally. And if doesn’t, don’t worry about it.

The catch is rather than return to one we often feel a need to place blame somewhere. The two basic directions are inside and out. We notice we’ve lost count and we blame ourselves, not good enough, not smart enough, too much bad karma from a previous life. Of course, what has just happened is that instead of noticing and returning we’ve entered a meta-distraction. Just come back to one. Others prefer to blame the environment, if it wasn’t for my neighbor’s grumbly tummy, if it wasn’t for the kids playing upstairs, if it wasn’t for the traffic outside. Same meta-distraction, just pointed in a new direction. Return to one.

There’s a third distraction that can be even more seductive: but, this is a good idea. The solution to some problem, the lot for the great American novel, or, just a deeply satisfying train of thought. The deal is you’ve committed to this practice for a brief period of time. In Zen the number ranges from fifty minutes down to twenty-five. If the thought is really that important it will return. Come back to one.

Think of the practice as “olly olly oxen free.” Come home, come home, all is forgiven.

A baseline practice is probably about half an hour a day most every day. Serious practitioners usually sit more. An occasional retreat, half day, full day, two, three, five or seven days can be enormously enriching.

But, at first, just getting your bottom on the pillow regularly is all that is required. It’s my experience that if you hope to develop a real practice at the beginning regularity is vastly more important than duration. Five or ten minutes a day three days a week done is way more important than setting an intention to sit two hours a day and not doing it.

There are a number of strategies that help. It helps to sit at the same time each day. They say the morning is golden and the evening silver, but in truth, whatever time of day you can do consistently is best. Sitting in the same place each day is helpful, if you can. And if you can reserve the space, create a small shrine or something that marks it out for this purpose this can be helpful. All these are strategies, and not to add to the burden. Do what you can, as you can.

Finding a spiritual director is important, but not at first. Finding a community of practice is more important.

Do this and the world and your heart will be revealed.

March 2, 2012
Happy Birthday, Perkins, the School of Miracles
Next Post

March 4, 2012 THE HEART OF THE MATTER John Murray & the Gospel of Love
Recent Comments
0 | Leave a Comment
"happy birthday old scout! how true the pome! my 73rd is this coming september 29th: ..."
Brian McInerney The Zen priest recalls a poem ..."
"I'm not sure what you mean by the phrase," Divinity School, Cambridge," Perhaps it is ..."
B J M Mr Emerson Proclaims a New Infidelity
"Marion Mountain, author of The Zen Environment, was seminal in this book as well. http://www.cuke.com/Cucumbe..."
BrightHeart Lewis Headrick Sometimes It Takes a Community to ..."
"Ironic coming from someone who really wasn't technically properly ordained in Soto Shu and was ..."
La Resistencia Soto Zen Buddhism in North America: ..."
Browse Our Archives
get the latest from
Monkey Mind
Sign up for our newsletter
POPULAR AT PATHEOS Buddhist
1 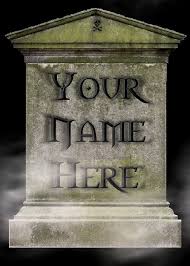