What’s a Monk? A Small Meditation on the Bodhisattva Precepts

What’s a Monk? A Small Meditation on the Bodhisattva Precepts May 30, 2012 James Ford 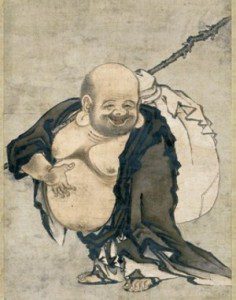 I was looking for something else when I stumbled upon a list of monks. And lo and behold, there I was, number fifty-eight…

This has to do with my Zen life.

The normative ordination model for Buddhists throughout the world is vinaya monasticism. However, through a complex series of events over a long period of time, Buddhist ordination in Japan moved from a traditional monastic model to what I think is better described as priestly or ministerial. But. And it is a big but. Two things. First, at least within the Zen community, a monastic experience for a period of time has been part of the Japanese ordination training system. And, second, the terminology of ordination has continued to be monastic.

This has led to a host of confusions in the West.

And why I prefer the term priest.

Still, even to this day many, perhaps most ordained Zen clerics in the West who derive their ordinations through Japan refer to themselves, ourselves as monks. This generally includes women, who for a number of reasons do not use the term nun.

I fall into the camp that suggests we would be better off dropping the monastic usage here in the West. Almost none of us are celibate, which is perhaps the most generally assumed aspect of monastic life.

But, recently I’ve backed off this, at least a little.

I still think it confuses people when someone says they’re a monk and then introduces their wife.

And so why I way prefer priest.

But in fact there are lay monastic communities, and always have been. People who marry but who live under rule.

And I do count myself as someone who lives with a rule of life. The rule is the sixteen bodhisattva precepts used for ordination in Japanese Soto Zen.

Now, these are the same precepts one uses when receiving jukai, formally declaring as a Buddhist (which some call lay ordination – another complex term, probably best dropped. But, that would be another reflection…). And, then again when one ordains as a novice cleric, almost wrote monk there, which is also called “home leaving.”

And this is where I have my major problem. Struggling with what all this means, I’ve heard it expressed that ordination should be more important than any other commitment in your life. This includes your marriage.

That opens a cornucopia of hurt…

The correct understanding as I see it, is that one’s ordination should be as precious as one of your children.

Which brings us back to rule.

I think each time we embrace the precepts along the way from jukai to tokudo to denkai, each time the commitment grows deeper, the tendrils wind more wildly…

Sometimes I find the precepts the expression of awakening. And I walk easily with them.

At other times, they’re the container that help me through the hard times when I am off balance.

But, whatever, whenever, they’re my constant marker, constant companion.

So, does that make me a monk?

As one wise person once said, “I don’t know.”

June 3, 2012 A SONG OF ABELARD A Meditation on Knowing and Not Knowing
Recent Comments
0 | Leave a Comment
"I love this reflection on TS Eliott."
Roger Butts | James Ford
"Well, I am a Catholic with a Zen practice (former student of Joko Beck's), and ..."
a panicky pilgrim A Feast for Our Lady of ..."
"do you see UU as aligning with a tradition to take seriously?"
Brian McInerney The Zen priest considers Tradition and ..."
"Very moving and thoughtful, and it helps me make sense of your Anglican longings, and ..."
a panicky pilgrim Requiem for my Father
Browse Our Archives
get the latest updates from
Monkey Mind
and the Patheos
Buddhist
Channel
POPULAR AT PATHEOS Buddhist
1

Buddhist
A Feast for Our Lady of Walsingham
Monkey Mind