A Rhapsody of Ill-Invented Nonsense 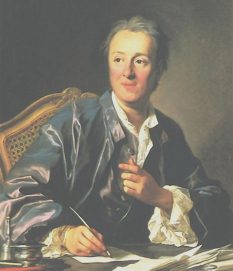 Today marks out three hundred and seventeen years since the last person was executed for the crime of blasphemy in Great Britain. Thomas Aikenhead, a medical student, was twenty years old.

According to Wikipedia his indictment read in part:

That … the prisoner had repeatedly maintained, in conversation, that theology was a rhapsody of ill-invented nonsense, patched up partly of the moral doctrines of philosophers, and partly of poetical fictions and extravagant chimeras: That he ridiculed the holy scriptures, calling the Old Testament Ezra’s fables, in profane allusion to Esop’s Fables; That he railed on Christ, saying, he had learned magick in Egypt, which enabled him to perform those pranks which were called miracles: That he called the New Testament the history of the imposter Christ; That he said Moses was the better artist and the better politician; and he preferred Muhammad to Christ: That the Holy Scriptures were stuffed with such madness, nonsense, and contradictions, that he admired the stupidity of the world in being so long deluded by them: That he rejected the mystery of the Trinity as unworthy of refutation; and scoffed at the incarnation of Christ.

For which he was put to death…

Hats off to the Brits for putting a stop to this sort of thought control.

Perhaps on this day at least, out of respect, we might want to recall all those who were killed in various parts of the world this past year for saying similar things.

And, more, perhaps today is a great day to go a step farther, and to celebrate all those who challenge our ideas of what is.

So, in honor of the occasion, here’s a little blasphemy for our times…