Your Brain on Zen 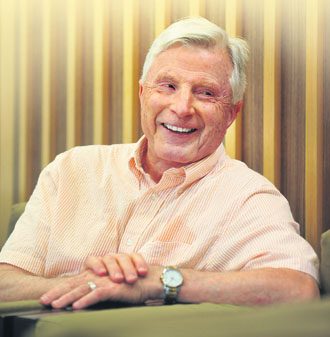 Jim Austin the cognitive scientist and Zen practitioner was passing through Providence on his way to one of the Dalai Lama’s brain science conferences to make a presentation. He is a Brown alum, his daughter lives in the vicinity and he’s both an old friend and a friend of our sangha.

So, instead of our usual Monday evening sit this week, we set up a lecture.

(The Unitarians who love a good conversation about meditation came in droves.)

Jim made his presentation on the relationship between brain science and Zen’s assertions about kensho. It was quite a romp, only half an hour, but very detailed. And with a vigorous question and answer period following.

He said there appear to be two distinctive forms of perception revealed in brain scans. One is centered on the “me” of things. The other more on the “field,” which he identified with the Zen term “selflessness.” Now without the Zen part, there are clear evolutionary advantages for that field consciousness. It’s the part of our minds that lets us notice the rustling in the weeds that warns us of the saber tooth tiger. The me thing, well, we all know the me thing, whether we’re students of Zen or not. Anyway two forms of perception tracked in the brain. Further Jim asserted that these two views oscillate on the order of two thousand times a second.

He went on to say nontheless that our normative consciousness has us largely living in the me place, and the field place is generally secondary. But things happen. And our normative view of things is disrupted. He made no casual assertion for why this happens, although he noted that meditators are more often associated with this disruption. And, he went on to say, out of this disruption people sometimes, often, I didn’t get a sense of how common he thought it, there is a reversal of the way we live with the field place larger than the me place.

And there is obviously a danger of reductionism here.

Also, because the presentation was at the church and open to the congregation among the more than fifty people there, among the fistful of PhDs and MDs that flavor the congregation more than most, there was at least one other cognitive scientist present. He made sure to offer several objections to the research as Jim presented it.

While there was a dangerous moment where the conversation could have degenerated into a fact slam, it didn’t.

Most importantly Jim wasn’t claiming this was it. Rather he asserted some observed phenomena and extrapolated a model that was also consonant with many of Zen’s claims about human consciousness.

The most relevant part, I found, what generates this posting, was that he didn’t assert that the post disruption consciousness was a once and forever thing. The kensho, if you will, the disruption, he noted lasts for a limited periods of time. But, with persistence and more disruptions there can be a gradual shift in the way a person sees things, always oscillating, but with a gradual shifting toward a predominance with the field, the larger perspective.

I love the literature of Zen. That phrase doesn’t capture the importance of the literature in my life. Zen and its literature have been the north star of my interior life, for a lifetime.

And in my experience over forty years deeply involved in the project, that once and forever kensho doesn’t seem so common, if it ever actually happens at all.

Rather, whether Jim’s model accurately represents the way the brain works or not, his point that the experience is episodic and only gradually shifts our consciousness seems more in line with the reality I’ve experienced over the years.

But even that is too reductionist.

The reality is a bit different…

So not training and then kensho. Nor kensho and then training.

Nor a shift from me to field.

Although it is all those things.

But maybe a better way of saying it:

Sometimes a slow and long slog

Interrupted by amazing eruptions of the heart’s discovery…

It turns out its

The great way of just this…

October 26, 2014
A SPIRITUALITY FOR THE BARELY RELIGIOUS A Meditation on the Currents of a New Humanism
Next Post

November 2, 2014 ONCE I WAS A SKELETON A Homily for Halloween, All Saints, and All Souls
Recent Comments
0 | Leave a Comment
"this geelong seafood blog is great. geelong seafood"
John N LIVING IN THIS FLOATING WORLD: A ..."
"https://www.youtube.com/wat..."
Robert Flannery Narcissus Drowned: The Zen Priest Takes ..."
"long live Theo-poetics! and universalism! and so on and so forth!"
Roger Butts That New Universalism: A Smallest Meditation ..."
"Thank you, James. You explained prayer to me as a way even I could accept. ..."
Ohyetwetrust A Meditation on What My Grandmother ..."
Browse Our Archives
get the latest from
Monkey Mind
Sign up for our newsletter
POPULAR AT PATHEOS Buddhist
1