Twenty Minutes: A Meditation on Tests, & Failure, & the Long, Long Path of Being Human 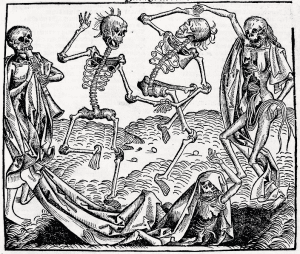 I find my thoughts going to the tragic accident in Maryland where a man on a bicycle was struck and killed by a person driving an automobile.

The case is still under investigation. But there are a few facts on the ground. Most important was that the driver left the scene. But then returned twenty minutes later in the midst of the investigation.

The other fact that at least caught my attention was how the driver of the automobile was an Episcopalian bishop.

At this moment there are no charges.

But, the questions, my, they do pile up.

My heart goes out to the family of the man who went out for a bike ride, and isn’t coming home. There is nothing but sadness in this. Nothing…

And, for many reasons I find myself thinking of that bishop. And, those twenty minutes. And, the mysteries of the human heart. And it is this part of this twining tragedy that I am reflecting on here…

We do something… Let me start over, I do something. And, if that something turns out badly, my immediate reaction isn’t always the one I’d like it to be. I’ve lived too many years. I’ve had too many such experiences. And I can pretty easily see myself making a micro second bad decision, or lapse into inattention, and then it’s done. Done.

I’m making no excuses. The right thing in this particular event is in fact enshrined in law. You’re driving and you strike someone. You stop. You render aid. You call an ambulance, and the police.

And somewhere not far from the reptile brain is the surge of adrenaline, and the desire for fight or flight, with, I am sure, at that moment, flight being the great emotion bubbling from the chemical stew that is me, you, us…

Who knows what went through the bishop’s brain? Apparently there was a drunk driving incident in the past, and the impounding of drug paraphernalia. Although, at least at this moment, there appears to be no allegations of alcohol or other drugs being involved in this event. And, I gather, this fact was not hidden in the process that led to the bishop’s election. But. She was also the first woman to be called to this office, with all the attendant pressures to such a thing. Another factor hanging in the background. Her own life course. Her successes. Her failures.

All these things. And so many more.

Bubbling in the heart.

And, so. Even a person whose whole life is dedicated to doing a right thing, runs.

And, I think of that man dying on the ground.

At this time we don’t know what exactly happened. We don’t know the course of events. But, I’m not really thinking about those two personal tragedies, which of course deserve their own attention, but rather here, now, at this moment, I’m thinking about me, about you, about what it is we do in the moment.

Those of us dedicated to living worthy lives are like atheletes in training. We have our interior lives, our meditation or prayer practices, our engagement with the many parts that are us. And we try to manifest in small and larger ways what we find as the great harmony.

And then come the moments of testing.

Here was a failure.

And, within twenty minutes, a return. Now rife with second guessing. But, again, the next fact on the ground is that returning.

A Zen saying: Fall down nine times. Get up ten.

Former United States senator Robert Kerrey who acknowledged how in the Vietnam War he participated in an atrocity, and carried that reality with him into the rest of his life, once observed, “We’re not the worst thing we’ve ever done in our lives, and there’s a tendency to think that we are.”

And there’s a human tendency to minimize our own actions, or the consequences of our, my actions.

And, we, you and me, we’re not really anything more than the sum of our actions between birth and death.

Too long. By about nineteen minutes.

No wonder the Zen tradition has been called by its practitioners one continuous mistake.

I’m asked why I’m so obsessed with Leonard Cohen’s Hallelujah.

Well. This is why.

It is the song that is our lives…

December 31, 2014 A Couple of Idle Thoughts as the Hours Tick Down on 2014, With Just a Little Finger Wagging
Recent Comments
0 | Leave a Comment
Browse Our Archives
get the latest from
Monkey Mind
Sign up for our newsletter
POPULAR AT PATHEOS Buddhist
1

Buddhist
The Disobedience Sutra, the Duty Sutra, and in...
Monkey Mind
TRENDING AT PATHEOS Buddhist