A Small Rant About Religious Fundamentalism 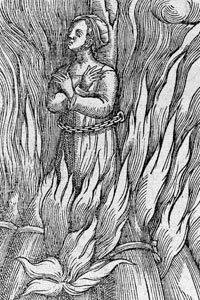 I find myself haunted by the horrific storming and murders at the humor magazine Charlie Hebdo’s offices in Paris reported in today’s news.

First, for those who ask why Muslims aren’t taking public stands in reaction to such terrible things, in fact they are. The press for many complicated reasons just don’t give the larger Muslim community’s statements the play they really need. At least that’s been so in the past. And I see little reason to believe things are going to change in the near future…

And second, no I don’t think it too early to assume the actors in this outrage are Muslim fundamentalists.

While the magazine has targeted most religions at one time or another, and there are just a ton of crazies out there, it has in fact been the response of many Muslims, not all fundamentalists that have been most commonly and loudest in their outrage at one cartoon or sketch or another. And, yes, right now it is Muslim extremists who most vociferously call for death to those who offend their religious sensibilities.

I gather the magazine is gross, although I haven’t read it I have seen some of their offending cartoons, and they clearly are designed to be offensive.

And, none of that matters.

They appear to have been, and I’m confident it will prove the case, murdered by religious fundamentalists.

The problem is religious fundamentalism.

And I fear we have cheapened the term in our popular conversation to the point where “fundamentalism” is almost useless in describing a very real religious stance, and a religious stance that is extremely dangerous.

Fundamentalism is a religious stance in reaction to modernity. It abhors modernity, and freedom of thought, and freedom of expression. It particularly targets women and sexual minorities and anyone who supports them. It calls us to an imaginary past where people all knew their place.

So, there is no such thing as “humanist fundamentalism.” There are jerk humanists, but they are not trying to destroy modernity. And while it can be a bit harder to make the distinction in the heat of a given moment, and while conservatives may find themselves aligned with fundamentalists, so long as they’re not opposed to freedom of expression and the advancement of culture, they should not be lumped in with the fundamentalists. And I think this is true for the majority of conservatives.

And it is important to make these distinctions because religious fundamentalism is such a great danger to the project of modernity, which as I see it is supporting our full humanity, and bringing us all forward to a larger vision of mutuality.

These terrorists are trying to shut people up.

And the response needs to be more speaking up.

It doesn’t mean we all have to be gross. But the gross are the canary in the mine. They’re killed or silenced, and then who is next?

There is a poison in our world, and it is religious fundamentalism. Right now we’re seeing much of it clothed in Islam. But there are also right now horrors being perpetrated by fundamentalist Hindus, Buddhists, Christians, and Jews. Just not so much in front of the cameras. Something we need to be careful about.

And it is not useful to collapse adherents of these religions in with their fundamentalists.

The common thread among all religious fundamentalists is that rejection of modernity, the call to full human dignity and rights whatever one’s beliefs or ethnicities or gender, or affectional and sexual orientations.

So, if we want to be useful, let’s reclaim the term fundamentalism for religious fundamentalism and find other ways to insult people we don’t like who are not trying to bring down modernity.

And let’s be clear and loud about the real problems with religious fundamentalisms.

A small rant in the wake of a terrible thing…

January 4, 2015
WHEN IN DOUBT, TELL THE TRUTH: Mark Twain and the Authentic Life
Next Post

January 9, 2015 Possible Christian Influences on Early Japanese Buddhism: Footnote Found While Researching for Something Else Entirely
Recent Comments
0 | Leave a Comment
Browse Our Archives
get the latest updates from
Monkey Mind
and the Patheos
Buddhist
Channel
POPULAR AT PATHEOS Buddhist
1

Buddhist
A Feast for Our Lady of Walsingham
Monkey Mind