Getting Started: A Tiny Meditation on How Things Begin (and with that, How they End…)

Getting Started: A Tiny Meditation on How Things Begin (and with that, How they End…) May 28, 2015 James Ford 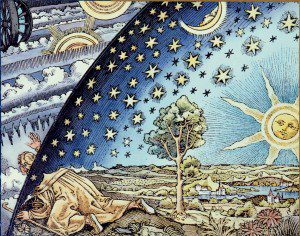 As someone interested in the history of religions, I’ve observed how they often have multiple points of origin. So, for instance the Unitarian movement in North America might be said to have started when William Ellery Channing preached his famous “Baltimore sermon,” or, it could be said to have begun when the Massachusetts Supreme Judicial Court declared members of the parish who supported the church through taxes had the right to name the minister over those who were actually attenders at the church. There are other anniversary moments, as well.

I was sparked by noticing today four hundred and eighty two years ago, Thomas Cranmer, in his capacity as Archbishop of Canterbury, declared Henry VIII’s marriage to Anne Boleyn valid. Some could say this is the beginning of the Anglican church. One of ’em, anyway.

The flow of history is kind of like that. As it happens today is also the three hundred and seventy first anniversary of the Boston Massacre, one of those starting points of the American revolution. Multiple causality appears to be a general rule of the way things are.

Of course there are trigger moments. Next week I’ll be performing a wedding ceremony for a lovely couple that I’m deeply fond of. They, like most everyone I’ve performed a marriage for in the past several decades have lived together for several years. I know they have on occasion said, “We’re already married.” When they moved in together. When they met. Lots of places could be the marker. But, also, before the ceremony there is a sense in which they are not married, and after which, there are only a few senses in which they may not really be married. Mental incapacity, is one cited in courts civil and religious.

So, Jan and I have been on a slow roll toward retirement and moving home to California. What markers are the marker? When we announced our retirements? When we sold our home in Rhode Island? When we purchased our condo in Long Beach? When I actually leave the church in the middle of June?

And, what about the fact I decided to not fully retire, but have committed to serve as an interim minister for the next two years. Will it be after that?

And, of course, retire from what?

The mind spirals trying to find actual hard moments before which was one thing and after which is another.

Even though they exist.

The problem is, I think, our human need for things to be solid and sure and reliable. When in reality it is all in flux. Connected, not without observable causes, but only permanent in a relative sort of way. So, a redwood can, with a little luck, expect to live for two thousand years. A mayfly rarely lives for twenty-four hours. We humans measure longevity that plays out at the very longest in the first two decades of the second century. Compared to a mayfly a very long time. Compared to a redwood, not so much.

Even birth and death itself is a bit hard to mark out conclusively, as witnessed by our cultural travails over abortion and legal definitions of death.

And so for me, as I contemplate this, I find myself thinking a bit less about the great changes Jan and Helen the cat, and I are embarked upon, at least in this moment, but rather how this event, or events, is connected, are connected to so much more.

We’re returning to the Los Angeles area because of family. The reasons LA are the family center are themselves complex and multiple, intertwining of many lives.

Causes and conditions say the Buddhists.

And, yep, they are all connected.

The whole ball of wax is connected.

And, in this moment, sitting in my little condo surrounded by books on the floor and partially constructed shelving, and as the morning light begins to play into the room, it is hard not to feel it is all one thing.

The meeting of past and future.

A coagulation of all things, passing, beautiful, sad, all of it.

May 26, 2015
Finding the True Word: An Early Morning Reverie
Next Post

May 29, 2015 A Chanted Diamond Sutra
Recent Comments
2 Comments | Leave a Comment
Browse Our Archives
get the latest from
Monkey Mind
Sign up for our newsletter
POPULAR AT PATHEOS Buddhist
1

Buddhist
The Zen Priest Sings a Song of the...
Monkey Mind

Buddhist
That New Universalism: A Smallest Meditation on a...
Monkey Mind
TRENDING AT PATHEOS Buddhist