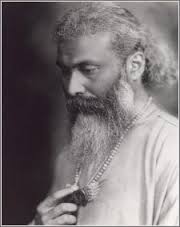 Inayat Khan Rehmat Khan Pathan was born in Vadodara Gujarat on this day in 1882. He is more commonly known as Hazrat Inayat Khan, Hazrat being an honorific, and sometimes by the title Pir-O-Murshid, which could be understood as senior teacher and head of a Sufi order.

Inayat Khan came from a family of poets and musicians, and was himself also an initiate within three Sufi orders, although principally the Nizamiyya sub-branch of the Chisthi Order. In 1910 he came West, touring as master musician. But, he quickly shifted his focus to teaching Sufism.

He married an American, and had four children. The most famous outside of his community is probably his daughter Noor-un-Nisa, who was executed by the Nazis as an Allied Special Operations agent during the Second World War.

Hazrat Inayat Khan’s order was one of several emergent spiritualities blending Eastern and Western wisdom to burst on the scene in the early decades of the twentieth century. As an eclectic he developed a universalist Sufism, significantly, not requiring people to convert to Islam to study with him. While controversial within the orthodox Muslim community, his message of love, harmony, and beauty has continued to find resonances ever since.

His universal Sufism has ten principals.

July 6, 2015 A BUDDHIST WEDDING Celebrated Within the Western Tradition
Recent Comments
0 | Leave a Comment
Browse Our Archives
get the latest updates from
Monkey Mind
and the Patheos
Buddhist
Channel
POPULAR AT PATHEOS Buddhist
1

Buddhist
Much Ado About Nothing: Troubles When First Tasting...
Monkey Mind