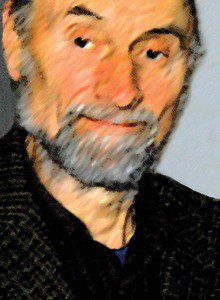 I’ve only just learned through a Facebook posting by David Loy that Ken Jones has died. Looking into it I see he died on the 2nd of August, from the ravages of prostate cancer.

It is appropriate in some ways that is how I learned it. As I think David has taken on much of the mantle that Ken wove out of a life time of hard investigation of his own heart and the heart of the world. I had some brief correspondence with Ken in the past, I only wish our communications had been more extensive, it is hard to say how much I admired him.

I found his homepage, and it is interesting what he was willing to share, and what he omitted. I’ve found a few more details from an obituary published online by Lion’s Roar.

He was born Kenneth Henry Jones on the 18th of May, 1930. In Wales. It is unclear to me what his formal education, if any, was. His website was more concerned with his political life. Well, that and his poetry. He states he was “an unrepentant phenomenological Marxist” to the end of his days. He was, however, expelled from the Communist Party of Great Britain, had a rocky relationship with Labour before joining the UK Green Party. While he remained fond of the Greens it appears his final political home was the Welsh Plaid Cymru.

Somewhere along the line Ken became a Buddhist practitioner, eventually finding that home with the Western Chan Fellowship and was a student first of Sheng Yen, and particularly John Crook, and following Dr Crook’s death, of Simon Child. He lead a number of workshops and retreats. A number of his talks on Zen are archived at the Western Chan Fellowship’s website as well as at his homepage. He was one among the founders of the Buddhist Peace Fellowship, as well as

Ken was also a poet, deeply committed to the haiku form, as well as haibun, a form that combines haiku and prose.

I was deeply honored to be able to add my own word of praise among the blurbs for the reissue of the book.

Because of this book he deserves to be remembered as one of the founders of the engaged Buddhist movement, and a prophet of that possible decent face of humanity.

He is survived by his wife Noragh, as well as the rest of us…

August 9, 2015 Betty Boop Takes the Stage
Recent Comments
0 | Leave a Comment
"Yes. Lots of depth there. The Psalms are so crucially important to me. I don't ..."
Roger Butts A Unitarian Universalist Investigation of the ..."
"Think globally.Act locally.There is a lovely book available called Jesus and Buddha. It shows passages ..."
james warren The Art of Peace in a ..."
"We should not idealize or condemn Muir or anyone else. Muir was a man of ..."
Silverwolf13 A Feast for John Muir, Nature ..."
"The only great work of art ever made by a committee...There is a wonderful appreciation ..."
Nicholas Patterson King James’ Bible is Born
Browse Our Archives
Related posts from Monkey Mind