Some Good Books on Different Aspects of Buddhism & Zen 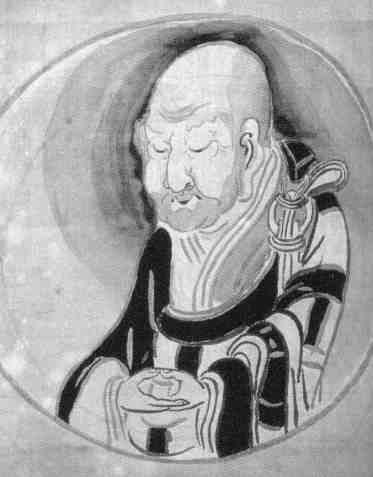 I’m working on a book introducing koan introspection. I was considering weaving in a bibliography for people who wanted to go deeper into various aspects that I touched on, but which could profitably be explored at greater depth.

I’ve decided against that. And then found myself with the quandary of what to do with that literary detritus? Well, thank goodness for a blog.

Want a pointer to some good books on different aspects of Buddhism & particularly of Zen?

For a good biography of Gautama Siddhartha that includes an overview of the relevant scholarship it is hard to beat Karen Armstrong’s Buddha. For a more into the weeds attempt at extracting the life of the human being from the Pali collections, H. W. Schumann’s Historical Buddha: The Times, Life and Teachings of the Founder of Buddhism is also worth a read.

Walpola Rahula’s What the Buddha Taught is very good summary of the Theravada view of the Buddha’s teachings. The Theravada, the Way of the Elders purports to transmit the oldest form of Buddhism. Most scholars do not agree, but it certainly is based on the oldest existing strata of documents and relies considerably less on later developments as is often found in the other great division of Buddhism, the Mahayana, or the Great Way.

For those who wish to delve deeper in the path of metta meditation, I’ve found Sharon Salzberg’s Loving-Kindness: The Revolutionary Art of Happiness, enormously helpful.

The standard text exploring the source materials about Samantha & Vipassana attributed directly to the Buddha, combining a study of the core doctrines and meditative practices of Theravada Buddhism systematically is the fifth century classic the Visuddhimagga, the “Path of Purification” by the monk Bhadantacariya Buddhaghosa.

For a loving and more open examination of the jhanas than is sometimes presented I recommend Shaila Catherine’s Focused and Fearless.

There are several very good overviews of Zen’s founding teachers. My favorite remains Andy Ferguson’s Zen’s Chinese Heritage: The Masters and their Teachings.

I believe the ethical path of Zen Buddhism can be found within the sixteen Bodhisattva precepts of Soto Zen. There are some very good explorations of these precepts as the manifestation of the Zen way. Starting with Robert Aitken’s classic Mind of Clover, and beautifully commented on in Reb Anderson’s Being Upright, Daido Loori’s Invoking Reality, and Diane Rizzetto’s Awakening to What You Do. I make my own small contribution to the Zen reflection on the Bodhisattva precepts in my If You’re Lucky, Your Heart Will Break.

For more detailed explanations of the basics of Zen meditation I recommend Robert Aitken’s in some ways dated but still solid, simple, and clear Taking the Path of Zen, or John Daishin Buksbazen’s Zen Meditation in Plain English, two good choices among a fairly large range of good possibilities.

There are some good books that touch on the conscious use of breath in meditation. For how it can be done within Zen I recommend Katsuki Sekida’s Zen Training. Sekida Sensei counsels focusing on the tanden, the lower area of the abdomen, also called the hara, and breathing from there. He describes several ways this can be done. In his book he gives considerable attention to the cultivation of samadhi through focus on the breath, in that same classical sense of cultivating samadhi as the seedbed of kensho.

For those who wish to delve more deeply into the discipline of Just Sitting, for an overview there is probably nothing better than Daido Loori’s The Art of Just Sitting. Digging a bit deeper I recommend Taigen Leighton’s Cultivating the Empty Field: The Silent Illumination of Zen Master Hongzhi, and then the voluminous writings of Eihei Dogen. As an introduction to his writings Kazuaki Tanahashi’s Moon in a Dewdrop remains a personal favorite.