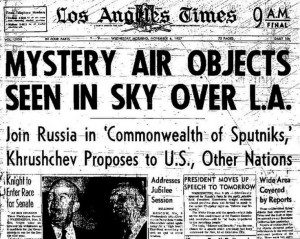 A part of the problem with trying to be engaged in today’s world is the flow of information. We have access to more sources than ever before in history. And, sadly, much, I would hazard most of it comes packaged with so much bias, hidden agendas, or, flat out lies that what we are awash in is a sea of misinformation. Of course the problem with bias is that it is how we see the world, and so it becomes wildly difficult to pull back and get a larger perspective. I am on a quest for a manageable list of sources. While I don’t think this does the job, Alex Chrum’s list from 2012 remains one of the most popular and controversial lists on the web that at least tries. And I find it worthwhile seeing what she thinks. The following list includes direct links, and Ms Chrum’s comments.

Wikinews
Wikinews is perhaps one of the best places to find original and unbiased news stories. Like Wikipedia, it allows for collaboration with and feedback from the general public, ensuring that differing viewpoints are heard, and that lies and partisanship are actively called out.

AlterNet
AlterNet is one of my favorite online news sources. Their mission describes them as “award-winning news magazine and online community that creates original journalism and amplifies the best of hundreds of other independent media sources.” Their goal is “to inspire action and advocacy on the environment, human rights and civil liberties, social justice, media, health care issues, and more.”

The Real News
The Real News is another one of my favorites. The header of their website proclaims, “NO GOVERNMENT, CORPORATE OR ADVERTISING $$$,” which stands as a marker of self-proclaimed nonpartisanship, political and otherwise. They report on news from all around the world, offering stories ignored by most other major outlets.

Reuters, an international news agency stationed in London, is so dedicated to journalistic objectivity that they sometimes receive criticism for it. After the September 11 attacks, they were accused of insensitivity because of their reluctance to use the word “terrorist” except when in quotes.

The Independent
The Independent is a U.K. newspaper that reports on news from around the world. While its status as “independent” often garners accusations of liberalism, the paper does not endorse any political party and offers a wide range of views on different topics.

Me, I have a rather different list. Possibly of interest to some who find their way to this posting…

July 8, 2016
Recalling the Frontier Zen of Philip Kapleau and the Rochester Zen Center
Next Post