Recalling Constance & Her Companions & the Madam 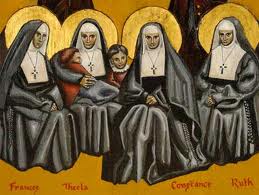 Sister Constance, born Caroline Louise Darling in Medway, Massachusetts in 1846, joined Mother Harriet Starr Cannon in the forming the Episcopal sisterhood of Augustinian nuns that we now call the Community of St Mary. She was sent as superior with several other sisters to found a community in Memphis, Tennessee.

In 1878 a terrible yellow fever epidemic swept through the city. Many of those with resources fled. With a few notable exceptions who could have left but who remained to do what they could to ameliorate the suffering of the populace. 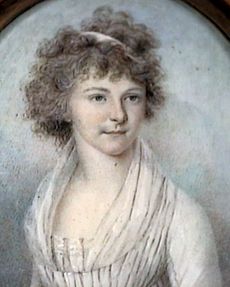 Among those who stayed was the prominent local madam Annie Cook, who converted her brothel into a hospital, and died caring for the sick and dying. Among the others, Catholic, Protestant, and with no discernible faith who stayed was Sister Constance, three other nuns and two Episcopal priests.

All of them, Annie, Constance, Thelca, Ruth, Frances, , Charles, and Louis, died while tending to the sick.

The Episcopal Church commemorates Sister Constance and her companions. I’m sure they mean to include the madam among those companions.

September 9, 2016 A Little on What Science Is, and With That a Tad on What Science Is Not
Recent Comments
0 | Leave a Comment
"This post did not discuss P. Gage. It had some unrelated, brief comments, ending with ..."
cschriner@uuma.org Thinking of Phineas Gage, His Personal ..."
"Wonderful. It is good to be at home!"
Roger Butts Dreaming California
"To James Ford. You asked if there was any other Unitarian organization in the Philippines. ..."
Greg Abreu Recalling the Unitarian Bishop Gregorio Aglipay
"I studied at a UMC seminary. The meeting was indeed sometimes discussed over a glass ..."
Zzyzx Was John Wesley Consecrated an Orthodox ..."
Browse Our Archives
get the latest updates from
Monkey Mind
and the Patheos
Buddhist
Channel
POPULAR AT PATHEOS Buddhist
1