Kensho, Samadhi, & the Practices of Zen 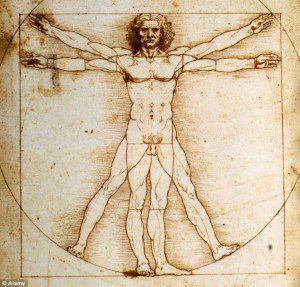 As Zen first came west, kensho, or satori, was the great prize. The Zen priest scholar Victor Sogen Hori tells us, “The term consists of two characters: ken, which means “see” or “seeing”, and sho, which means “nature”, “character”, “quality.” To “see one’s nature” is the usual translation for kensho.” Satori, which derives from the Japanese verb satoru, is for all practical purposes a synonym for kensho, although some suggest kensho be used for the initial insight, and satori for the deeper matured insight. However it seems Hakuin used the terms interchangeably, and as I said, for all practical purposes in contemporary Western Zen use, synonyms for the experience of awakening.

The first comprehensive writer on Zen in English was the lay Rinzai practitioner and scholar D. T. Suzuki. He gave a lot of attention to awakening, kensho, satori. For instance, he wrote, “Without the attainment of Satori no one can enter into the truth of Zen. Satori is the sudden flashing into consciousness of a new truth hitherto undreamed of. It is a sort of mental catastrophe taking place all at once, after much piling up of matters intellectual and demonstrative. The piling has reached a limit of stability and the whole edifice has come tumbling to the ground, when, behold, a new heaven is open to full survey. When the freezing point is reached, water suddenly turns into ice; the liquid has suddenly turned into a solid body and no more flows freely. Satori comes upon a man unawares, when he feels that he has exhausted his whole being. Religiously, it is a new birth; intellectually, it is the acquiring of a new viewpoint. The world now appears as if dressed in a new garment, which seems to cover up all the unsightliness of dualism, which is called delusion in Buddhist phraseology.”

Truthfully, I think Suzuki’s attention to awakening was a large part of what attracted the first generation of Westerners to give serious attention to Zen. It certainly was important, at least in the Rinzai school of Zen. For instance, the great Eighteenth century master Hakuin Ekaku was blunt about just how important. “If you don’t have the eye of kensho, it is impossible for you to use a single drop of the Buddha’s wisdom. These men are heading straight for the realms of hell. That is why I say: if upon becoming a Buddhist monk you do not penetrate the Buddha’s truth, you should turn in your black robe, give back all the donations you have received, and revert to being a layman.”

And this quickly became part of the Zen view in the West. After D T Suzuki, the next most important moment holding up the centrality of kensho was the publication of The Three Pillars of Zen, compiled by Philip Kapleau, later Roshi Kapleau, consisting of two major parts, the first principally lectures on Zen practice by the Sanbo Kyodan teacher Hakuun Yasutani Roshi, and the second part personal accounts of contemporary kensho experiences. I remember reading this book and particularly savoring the last parts over and over again. I wasn’t alone. Gregory Shepherd in his memoir A Straight Road with 99 Curves described how “I would finish and then immediately start over again from page one, feverishly inspired by its rhapsodizing accounts of contemporary kensho (enlightenment) experiences…”

And as it happens there are a lot problems chasing after kensho, of confusing small and large insights, and with all this missing a most important point. As did many of us. We at the beginning of Zen’s rooting in the west didn’t understand how kensho, satori, awakening, these nondual insights were critical, but they were also, merely a critical step along a very long path.

As naturally as evening follows the afternoon, there was a reaction. Among Zen teachers an important early figure in this reaction was Joko Beck, who trained in a koan school with emphasis on awakening. But she also saw the shadows, particularly how one could have these insights and still act inappropriately. As she became an independent teacher she famously would characterize people’s reports of kenshos, as “small intimations.”

But, this minimizing of kensho was also the general stance within the Soto line. Huston Smith tells of visiting the renowned Shunryu Suzuki Roshi, how, “When, four months before his death, I had the opportunity to ask him why satori didn’t figure in his book, his wife leaned toward me and whispered impishly, ‘It’s because he hasn’t had it’; whereupon the Roshi batted his fan at her in mock consternation and with finger to his lips hissed, ‘Shhhh! Don’t tell him!’ When our laughter had subsided, he said simply, ‘It’s not that satori is unimportant, but it’s not the part of Zen that needs to be stressed.’”

Others practicing within the Soto school would go much farther, denying the experience, or if not the experience, its centrality to the Zen project. They tended to turn to something else.

And that brings us to samadhi. Samadhi is a term of art used with somewhat different meanings in, I think, all the religions that birthed in India. Samadhi is the deep place of Zen and similar meditations of profound presence, where the breath and mind both slow, sometimes thoughts are barely noticeable. For many Soto teachers this is the summum bonum of the way. And many Rinzai teachers consider samadhi states the seedbed for awakening. No doubt there is something very attractive to the deep places one finds with samadhi states.

There is as Gregory suggests, “narcotic-like effect that deep Samadhi had on my spirit…” And, with that a significant shadow of the practice emerges, how “the more my samadhi deepened… the more removed I felt from the world off my zafu, and I began to begrudge the time I had to spend doing almost anything else.”

I’ve seen people take to the pillow as an escape from life. So, like with awakening, it can become a problem. Yamada Roshi offered insight into the particular problems with samadhi, when, as Gregory records, the master raised the question, “Why do Zen people get so attached to Samadhi?” And then he answered himself, “Because it feels so good. You don’t have a care or worry in the world.” Gregory then paraphrases the old teacher, “He went on to caution against forming an attachment to even this most unanimous condition of the heart and soul, ending the teisho with his usual theme, ‘Zen is the practice of the ordinary mind.’”

Zen is the practice of the ordinary mind. We take up the practice and we begin something both strange and mysteriously familiar, a path through the divided heart, with all the illusions and snares we set out for ourselves along the way.

So, as sort of a bottom line. Here’s a central fact, as I see it, about Zen, that for some, seems to have been lost. We need awakening. Zen without kensho, satori, is a lovely philosophy, but we need to drink the water and taste for ourselves whether it is cool or warm. And, kensho is just a step on a very long path. Similarly, samadhi is a lovely thing. And, not the point of Zen, either.

Zen is the practice of the ordinary mind, or, as I sometimes prefer, the ordinary heart. The Zen way is, is walking that path of a full life, which includes time on the pillow, even as it includes dealing with the whole great mess, loving our families, finding, if we’re lucky, love, working, and, very much, acting in this world. And, in astonishing moments, sometimes small, sometimes great, noticing right down to our bones and marrow the truth of the moment.

And then starting over again, time on the pillow, even as it includes dealing with the whole great mess, loving our families, finding, if we’re lucky, love, working, and, very much, acting in this world.

And, as a small bonus…

January 12, 2017
When the Need is Great, the Swami Appears: Recalling Swami Vivekananda
Next Post

January 14, 2017 Recalling John Biddle, Unitarian Saint and Martyr
Recent Comments
0 | Leave a Comment
Browse Our Archives
get the latest from
Monkey Mind
Sign up for our newsletter
POPULAR AT PATHEOS Buddhist
1