On Dropping the F-Bomb: A Preliminary Report of a Zen Experiment in Small Truths 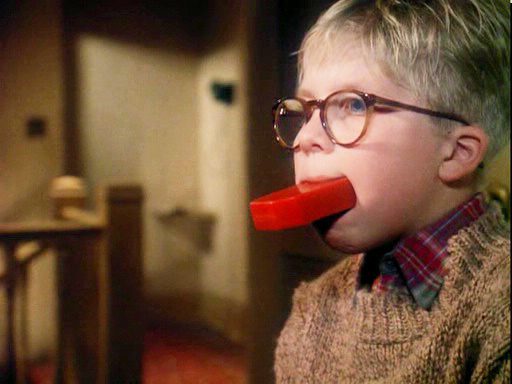 A bit more than a week ago I declared to everyone on Facebook that I would try to expunge Anglo-Saxon epithets from my vocabulary. While I was thinking in the moment of the range of epithets that we English speakers derive from that ancestral language, I realized pretty quickly that I was actually thinking about one word, what some of my friends like to call the f-bomb.

What I really wanted only gradually became clear over the next five days as I failed to make it through twenty-four hours after twenty-four hours without uttering my preferred epithet at least once. Five days passed without somewhere along the line that “F” word salting a sentence. I was getting pretty seriously embarrassed. Then, finally, finally a full day passed without my using the word. It was, however, a day Jan, my spouse, and I spent without additional human company. Then, the next day, yesterday as it happens, was filled with human interactions. And, actually, I cruised along pretty well. I made it right to the evening where in a conversation over dinner I used another Anglo-Saxon word that begins with an “S.”

This clarified the project for me. Or, at least has begun to…

First, I’ve felt a coarseness overtaking our public discourse. It’s been coming on for a while now. And, I’m not actually just talking about one word, or, even two. And, in fact, profanity is not the real problem. Although, I believe asking why a culture picks particular words and phrases to be their obscenities is worth digging into. That acknowledged the coarsening I’m referring to, at least as I began this experiment, is the casual use of invective and our particular language’s choice for obscenities. I felt, I feel our casual use of these insults represents a cheapening of our relationships with each other.

And as I began this experiment in small truths I felt picking this word (okay, as it turns out for me, two) was my small act of defiance.

Also, I had been vaguely aware of my unconscious use of language. I have a pretty big, okay an enormous vocabulary. And, generally, I use it well. But, I am a child of the nineteen sixties, and even if my major interest all along has been religion and religions, that f-word has always been littered throughout my casual conversation pretty much in place of a comma. We children of the sixties, well, we could make a Marine blush. And, while the f-word has a certain utility given the right circumstances, I was uncomfortably aware that I didn’t always use it in appropriate venues or at those times when it underscored something really, really important. For the most part, it was just a comma.

As a person walking within the disciplines of the Zen schools, this unconscious use of, well, anything, is worth looking at. And so those two things, my intuition of something wrong in the larger culture, and my noticing my own largely unconscious use of a crude epithet, have opened a small spiritual practice. With a tip of the hat to the Great Heart, my small experiment with, if not Truth, at least truths…

In Buddhism, “right speech” is a part of the eight-fold path. In one text it is defined as “abstaining from lying, from divisive talk, from abuse, & from idle chatter.” In Zen two of the Bodhisattva precepts touch upon this spirit of right speech. The obvious one is the prohibition on lying. And, there’s much to unpack in that. But, for me it is the last of the grave precepts, “not defaming the three treasures” where I find my heart going.

The three treasures are buddha, dharma, and sangha. These may be understood as that teacher in history, Gautama Siddhartha, his teachings as gathered in the many canonical texts, and the gathered community, most traditionally the ordained sangha, but in my world it means both the Buddhist community and from another angle the whole world, actually, the whole cosmos. And those first two are also understood dynamically. So, the buddha can be Siddhartha, but it is every teacher, indeed every teaching moment. And, similarly, the dharma is of course the teachings of the Buddha, but also every truthful word that we hear, everything that points our minds and our hearts to the great harmony.

So, where does the f-word, and for that matter, as it entered as a less used, but still there and rising for me in a casual conversation the s-word, where do they fit into this?

Well, the first word is actually meant to be a way of saying sex. And the other is the end product of our alimentary canal, the most obvious of all byproducts of our doing what it takes to be alive. While the second seems more naturally usable as an epithet, neither should in the natural course of things be considered offensive.

While it has never been a part of my working vocabulary there’s another Anglo-Saxon word for female genitalia that is used as an insult. I guess like many people I noticed the obvious problem in that usage from very early, and it does not accidentally trip from my tongue. But, that it is there, and that it is used, speaks to the same problem I’m finding with using an archaic word for sex as an epithet. And while one can make a poetic argument for using excrement as an epithet, I’m finding as a practice experiment that I want to link it as a word I want to not use, at least anywhere near so commonly as I have, and not unconsciously.

Me, I find the three treasures are the manifestations of this life, the one you and I are living. Hence, in the comments in our tradition Bodhidharma is said to comment on this precept. “Self-nature is subtle and mysterious. In the realm of the One, not holding nihilistic concepts of ordinary beings and sages is called the Precept of Not Defaming the Three Treasures.” And, linked together with it something Dogen is said to have said, “The teisho of the actual body is the harbor and the weir. This is the most important thing in the world. Its virtue finds its home in the ocean of essential nature. It is beyond explanation. We just accept it with respect and gratitude.”

And with that, casually, often unconsciously, using sex and excrement as epithets, is defaming our humanity.

Me, I don’t want to do that. Me, I want to walk this mysterious and subtle way with respect and gratitude.

So. So far doing that through the frame of not using these two words, I have to admit without lots of success. So, in the spirit of falling down nine times and getting up ten, I vow once more to take up this way.

And, at the very least, to see where it goes…

A small experiment in small truths…

February 19, 2017
INTIMATE, INTIMATE: On Friendship & the Spiritual Life
Next Post