Awakening and Zen: A Reflection on the Range of Awakening Experiences

Awakening and Zen: A Reflection on the Range of Awakening Experiences May 14, 2017 James Ford 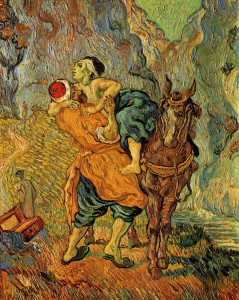 On facebook in the comments to my recent posting on awakening and Zen there was a bit of a thread which included some pretty heavy weight Zen teachers. Jiryu Rutschman-Byler raised the term “kensho-spectrum” to summarize some of what he saw suggested in my writing. He then invited me to speak more fully on the subject.

The point as I read it was that often we’re given the sense that awakening as it is described in Zen is this one big thing that changes everything. But, as Jiryu noted, I wasn’t using the term so narrowly. He was right.

Kensho means “to see,” and its related term is Satori, which means “to know.” Both point to the great opening of heart and mind. Sometimes, in Zen mostly, they’re synonyms for that big thing. Although I’ve seen kensho to be used for lesser insights and satori for either the big one or sometimes even for the cumulative place that one on a path that attends to these things may at some point find themselves.

The reality is dynamic, even messy. And I like the term to be a bit messy, as well. I suspect it cannot be fully described. But we can take a stab at it. At least I’m going to here.

First, I would like to hold up the big thing that is awakening as I understand it. The deepest thing is a collapsing of one’s sense of self and other and finding a place of radical openness.

The rhetoric attached to this awakening is that it is a once and forever. I have a sense of that. And at the same time I’ve seen in others who have been recognized for their awakening as well as in myself that it isn’t an escape from one’s place in karma. As the famous Fox koan reminds us, awakening does not free us from the consequences of our actions. It doesn’t even free us from taking actions in the future that will have negative consequences. What awakening is, is an existential stance of radical openness. It does not mean there are no blind spots. It does not mean one is free of the play of those endlessly arising constellations of grasping, aversion, and death-grasping certainties. But, it does mean some part of the person who has had this experience sees or knows the freedom as well as being fully in the play of life and death. So, yes, once and forever. And, no, not free from karma or even stupid or possibly evil actions.

And, beyond that there are a range of experiences that we can have which I find fall into the bucket of awakening but are not quite that larger vision with its glory and limitations. Our teacher Hakuin spoke of having “eighteen major and countless minor” kenshos. Sort of an invitation into that parsing the terms of kensho and satori.

So, what about those experiences that are significant in our spiritual lives, but are not as Hakuin calls them “major?”

I’ve noticed among those who teach in koan Zen schools, those who are open to acknowledging the lesser experiences, an inclination to call any noticing that things are not the way we thought before that noticing as a kensho. I have mixed feelings about this. It certainly raises the question of how shallow a noticing should be called a kensho?

Me, I think the line between does and does not appears somewhere in the cathartic range. Catharsis is defined online as “the process of releasing, and thereby providing relief from, strong or repressed emotions.” I don’t think noticing that one doesn’t actually have to be in a toxic relationship is a kensho. Although I can see why someone might. And, I do think that noticing one’s life is connected to others in ways previously not understood while falling short of that great dropping away may well be a kensho.

The proof of the experience’s pudding is duration. If this shift in consciousness is permanent, (yes, nothing is permanent. I mean permanent in a common sense use of permanent) then we may well be talking about something somewhere in the kensho-specturm.

The art of spiritual direction in koan Zen is noticing these experiences among those with whom one is working. To hold them up without exaggerating their usefulness – well, for both small and larger insights. But, to allow them a place in the front of one’s consciousness, and to use them to help the forward motion (if you’ll forgive a metaphor that implies a direction for something that is in fact messier than the term implies) of one’s path.

My own life is littered with these experiences small and large. My teachers, some intentional, some accidental, have been the people who have both warned me off the experiences that inclined me in unhealthful ways, that simply supported my sense of self as worthy or unworthy, while confirming the authentic moments in ways that have allowed me to hold them with open hands.

And then allowing time itself to finally confirm these moment’s genuineness – in that sense of authentic transformation on the way to a fully integrated seeing or knowing of self and other falling away.

There’s more. But enough for now.

Two cents on a Sunday afternoon…

May 15, 2017 Enter the Mouse
Recent Comments
0 | Leave a Comment
Browse Our Archives
get the latest from
Monkey Mind
Sign up for our newsletter
POPULAR AT PATHEOS Buddhist
1