Great Awakenings: A Small Zen Meditation on Hope After Teleology 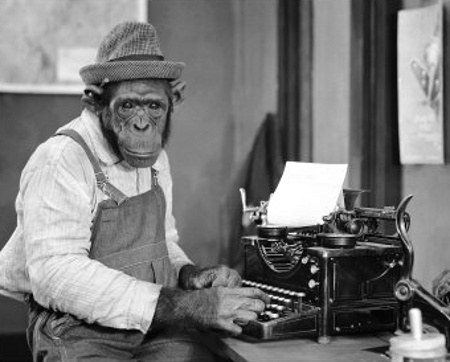 Teleology: “A noun meaning the study of evidences of design in nature & particularly the use of design or purpose as an explanation of natural phenomena” (adapted from Merriam Webster)

I was reading an article at the always interesting Lion’s Roar, when I stumbled upon a quote attributed to the poet and Zen pilgrim Gary Snyder. “To be devotional is to take great faith in life as it is.” I admire him both as a writer and for a life devoted to the Zen project. And that line, well, it just caught me. So, I posted it at my Facebook page.

That little posting generated a number of comments. Some people felt resonance with that line, and said so. But at the same time, a number of others did not. Probably the most expression of concern about the line was penned by my dear friend Ellen Skagerberg. She has a penetrating eye.

She wrote: “How is this different from having faith in biological imperatives and “survival of the fittest”? Philosophically, wouldn’t this promote “life as-it-is” as “good” just because beings experience it, and imply that beings should therefore have as many offspring as possible in order to increase the good?” Ellen then added as bit of coda, “I keep thinking that optimists have better survival rates, so we’re selectively breeding for optimism, however unwarranted it may be.”

In the “classical” model, the problem has to do with a chain of rebirths caused by the constant generation of karma – our intentions and actions. The whole thing is seen as dukkha or suffering. The majority of modernist Buddhists, I think it fair to say, of whatever schools, are at the very least agnostic about any form of post mortem reanimation. And with that the whole project either collapses or shifts. If one rejects the classic karma/rebirth phenomenon, but still considers oneself a Buddhist, then it means a shifting.

For me the healing project has always been informed by these modernist sensibilities, although as I began I didn’t realize that I was part of an emerging school and not simply the continuation of standard Japanese and directly connected Chinese Zen. The shift, however, is completely congenial to conventional Zen. The emphasis has always been to draw us into the moment, to stand there as nakedly as possible. Now, even more than before, the drive is to find what is to be found in this very moment.

And, I’ve found a great deal. As have others. Writing from, I’m pretty sure, a similar place, the Zen teacher Barry Magid offered as a comment at my Facebook page and to Ellen’s challenge, “I would say ‘great reverence’ for life as it is… ‘faith’ might imply to some a belief in a particular good outcome, which I doubt I what Snyder had in mind…”

I like Barry’s point. But, Snyder is a poet. And, okay, I’m not sure. But, I’m pretty confident he fits more into the modernist family than classical. And, equally more important, assuming this is an authentic quote, I feel a need to assume he chose that word “faith” intentionally.

In the moment, I quickly composed a somewhat rambling response. The gist of which was that I’ve been thinking about that word “faith” and with it “hope” and the various buddhist variations we find in the Pure Land term “entrusting” quite a bit of late. I’ve been digging into my experiences of presence, and now, pushing on fifty years of practice, considering what it is I’ve been living into.

In direct response to Ellen I agreed that we have to take our biology into account. It is part of the modernist project to assume our physicality, our naturalness. In fact I tend to prefer to say I’m a naturalistic Zen Buddhist rather than a modernist Zen Buddhist. And, me, I have been haunted by C. S. Lewis’ line ‘the grubby roots of our affections’ ever since I first stumbled upon it. How can it be otherwise?

But, there’s something else happening. There is the fruit of those fifty years. It “feels” like it is of some completely other character than our biological necessity. Although I know that can’t be true. Rather it is something within the range of degree – in some way similar to any given aspect of our humanity has some similarity to something that other animals share, particularly among the other great apes. But, it is similar to the difference between the linguistic abilities of chimpanzees and, say, Cantonese or English.

I find, feel, think, experience that there’s something sufficiently different that it feels “new,” of a new character. This faith, this hope, this “it” is about something a bit different than good outcomes, the desire for better things down the line.

For me this it that is faith or hope is of the same character as sense in the nun Julian of Norwich’s famous line, “all manner of things shall be well.” For me it is one of those things that emerges as I lean into it. This can’t be a satisfactory response, at least I’m not finding it so. But, somewhere, somehow, something in there…

For me Zen is a path of engagement, and it is a path of letting go. I was talking with my friend and teaching colleague Josh Bartok about the terms entrusting and true entrusting. He likes them and in his teaching uses them a lot. However, they are mostly used in the Shin Buddhist tradition, and not so much by Zen people.

I asked him if there was an obvious Zen usage of that “entrusting”? He replied that we can find it right there in the title of the Xinxinming, one of the central texts of the Zen way, written by the second Chinese ancestor of Zen, Sengcan. The Chinese Xinxin (In Japanese shinjin) can be translated as “faith mind” or equally accurately, as “the entrusting heart” or “true entrusting.”

And this is indeed what we’re about on this path. This path of ours is one of mind and it is one of heart—and absolutely it is all about entrusting ourselves to and within unfolding reality. There is a quality of our taking our fate in our hands, but also there is a quality of surrender into mysterious reality.

For me this is the project. It is a letting go, it is a growing into, it is finding what that old line “form is emptiness, emptiness is form” means when it has to do with my flesh and my life and my death. Fifty years on it is becoming something the recognizes Julian’s “all will be well,” it is becoming something that constellates around words like faith, and hope and true entrusting.

For me it is a surrender into a now without teleology, something completely boundless, and totally this. Just this. For me this is awakening, modernist Zen awakening, naturalistic Zen awakening, really all Zen. Zen’s awakening has to do with all this.

June 25, 2017
LOVE & MONEY: A Zen Reflection that Starts With a Christian Text
Next Post

June 27, 2017 Zen's Kensho: Anne Sullivan as Zen master, Helen Keller as Zen student
Recent Comments
0 | Leave a Comment
"James, thank you for this fresh breeze of truth. On Holy Saturday, all pretense is ..."
Robert Jonas The Zen of Holy Saturday: A ..."
"Thanks for this. Putting Amato and O'Brien in my queue. And so glad you included ..."
Zen Buddhism The Short Course in Zen: Five ..."
"love this James"
Roger Butts The Zen of Holy Saturday: A ..."
"The Ten Ox-Herding Pictures are fascinating and have everything in them that anyone needs to ..."
Jay The Fat Man and the Ox
Browse Our Archives
get the latest from
Monkey Mind
Sign up for our newsletter
POPULAR AT PATHEOS Buddhist
1 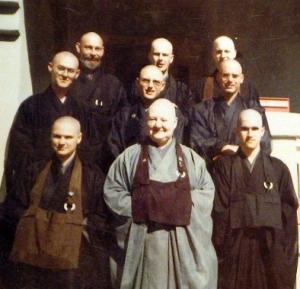