A Letter to a Unitarian Universalist Ministerial Search Committee 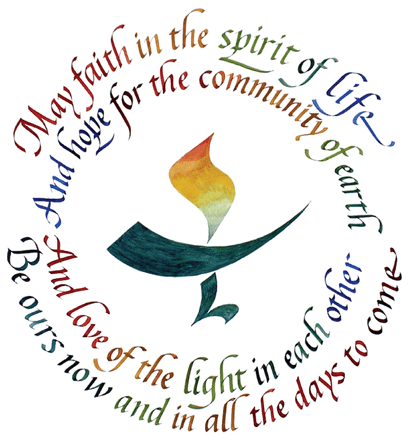 (This is a real letter to a real Unitarian Universalist ministerial search committee, slightly edited, and with a few additions not thought of in the heat of the original composition. Offered in the hope it will be of use…)

Dear (chair of the search committee),

It was such a pleasure visiting with you and the committee. Our conversation was consuming, and I found myself falling in love with you, and through you all, with the (church).

And, in the hours that have passed, visiting with my mother in law’s church people, eating cake and realizing that I’ve not eaten that much sugar in more than a year, and how it wasn’t a terribly good idea, finishing up my sermon for (another church), delivering it, cleaning up, and getting ready for a houseguest, I’ve also been ruminating on whether our futures truly are meant to intertwine.

In my professional view you have no problems in front of you that you cannot meet. Although there are big issues. We discussed the problems with unbalanced budgets. And there’s something else. I was deeply concerned with those questions digging into how much I feel a need to use Christian imagery. The probing of how people who’ve felt damaged by that religion might have trouble with my using that language as frequently and freely as I do, speaks to a deeper problem of identity. That is whether you are indeed a spiritual community or actually a refuge from one religious identity. This is something I believe needs some forthright investigation. I will return to this in a second.

But this is where the urgency lies. You also have to deal with the problem that you absolutely must grow, or the church will die. And, no one can grow because they must grow or die. Working on a clear and positive vision and preaching it from the pulpit and living it out within the community is going to be the big project. That is, if you can agree on that clear and positive vision.

And that returns us to that question of whether I can back off on the Christian imagery. And, specifically how people would respond to it, if I were engaged as the minister. In my view that presents front and center a challenge to the congregation having any clear and positive vision.

There was a long period when our Unitarian Universalism was clearly and adamantly non, even anti, theist. And instead of theism and all that came along with it in the West, we offered a pretty clear-eyed rationalist humanism. We flourished for a time with that perspective. And, that time passed. It’s been a long while since I’ve seen many entering ministers who are obviously the leaders of the future (most of the time you can feel it when you meet these folk) who identify as rationalist humanists. They exist, but they are very much in decline.

Instead the tide has turned to a more general theism. And this theism is often, although not exclusively, colored with our Christian inheritance. And nearly all the younger ministers I’ve seen who are to my mind exciting, fit that mold. In this regard they simply reflect the trend of the younger people who are also attracted to our radical freedom of thought, and, I believe, to some degree, our rationalist sensibilities. And, they’re mostly theists.

This shift among us has left a lot of older members feeling hurt, confused, and abandoned. And some lash out, both at their fellow congregants and at the ministers. I’ve known more than one minister, young and not so young, who have felt that lash. And they come away not feeling kindly about it. Nor, do the congregants. They may simply leave. The ministers have a stronger commitment, but they often wonder if the point is that the door was open for humanism, but has now been closed to any other spiritual perspective.

I have to wonder if there isn’t some of that lashing out going on at the (church).

I have an interest in nontheistic religion. I am, after all, a Buddhist. As I said in my materials and in the interview, basically I am a nontheist, myself. Which, kind of brings up some sense of irony at the concern about my using Christian imagery. And this seems to underscore what I’m seeing as a pretty deep problem.

But, I am a nontheist. And, when we first returned to California I wondered whether the phenomenon of the Sunday Assembly was a model for a genuine and engaged nontheistic, straight on non-spiritual, certainly non-religious Unitarian Universalism. If not for the whole movement, at least for those among us who have trouble with the God talk. However, as I dug into it, I saw the phenomenon was an exercise in hipster irony, not an investigation of the deeper currents of our human hearts. It is loud and fun and creates nothing but a pleasant morning. And in my view it is not going to be around for long.

Me, I find our contemporary Unitarian Universalism is, if you’ll forgive another Christian image, meant as a resting place for the birds of heaven. Ours is an experiment in the contours of universalism. And it is, no doubt, a strange an wonderful gathering.

And I  fear if the congregation at the (church) cannot embrace that more dynamic spirituality, one that is comfortable with theism, and even with Christianity, as well as with other spiritualities, it is not going to thrive. In your case, precarious as it is, I even fear for your long-term survival. And I think it would be a tragedy if the (church) simply became a hospice for our old humanism, waiting for the last of that gang to die – and then the property passes on to, well, I have no idea to whom they would will it.

So, as honest a report to you as I can muster. What some call “holding up the mirror.”

So, again, I thank you so much for your consideration, for your time, and, well, simply for giving me an opportunity to reflect on our beloved Unitarian Universalism.

June 21, 2017 This Saturday: A One Day Zen Sit With Zen teachers James Ishmael Ford & Gesshin Greenwood
Recent Comments
0 | Leave a Comment
"Mr. Ford, I hope and pray you’re doing well. Thank you so much for writing ..."
Vaqar Choudry The Ahmadiyya Muslim Community Begins
"It is worth noting that the common notion, of Johnny Appleseed as itinerant apple planter ..."
mfidelman Recalling the American Nature Mystic Johnny ..."
"WTC, blown up with nukes made in Israel."
Rusty 9/11 Twenty-0ne Years Later
"Thank you, Greg. An interesting non-trinitarian body. Actually what I was soliciting and continue to ..."
jamesiford Recalling the Unitarian Bishop Gregorio Aglipay
Browse Our Archives
Related posts from Monkey Mind