We All Die: A Small Zen Meditation on the Upajihattana Sutta and Love 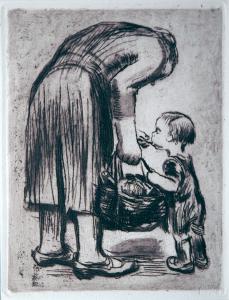 I was rummaging around the web the other day and stumbled upon a review of the recent episodes of Game of Thrones. The truth is I’ve never seen an episode. For one thing its on a premium cable channel that I’m too cheap to pay for. But, also, while it is medieval and has dragons and sounds like a ton of fun, it is also near as I gather from what I’ve read way past too violent for my entertainment purposes. Nonetheless it is part of the background of our contemporary culture and I was just fooling around and so I read the review.

The important take away for me was the assertion in this article that while everyone is fighting each other to claim the iron throne (I think that’s the name) apparently there’s an army of undead marching toward the kingdoms and pretty much guaranteeing that their struggles are going to be all for naught in pretty short order. That set me to thinking. Probably never a good thing.

But, what it set me to thinking about was how our own political struggles both internally here in the United States, a real mess, no doubt. And on the world stage, another mess, no doubt. Both are playing out, however, against two rather pressing armies of the undead marching on us all.

There are voices crying out in the wilderness, pointing to what’s going on. But they’re not getting the center stage attention that would be important if we were hoping to do something effective.

The one is the harsh fact of climate change. People can deny it all they want. The reality marches on. And it doesn’t look good. Actually best case scenarios don’t look good. And worst case, well, those are apocalyptic. And, at the same time global population has passed sustainability, a long time ago. Here localized tragedies are going to be spilling out on the rest of the world before long. Populations are going to start moving. Actually we’re seeing it happen in the Near East right now.

The politics are masking the environmental and over-population problems. But, they’re there. And they’re not going away. Like the armies in that television show, they keep on coming.

Our Boundless Way Zen groups have long incorporated that chant from the Upajihatthana Sutta brought to Western consciousness first by Thich Nhat Hanh.

I am of the nature to grow old.
There is no way to escape growing old.

I am of the nature to have ill heath.
There is no way to escape having ill health.

I am of the nature to die.
There is no way to escape death.

All that is dear to me and everyone I love are of the nature of change. There is no way to escape being separated from them.

My deeds are my closest companions.
I am the beneficiary of my deeds.
My deeds are the ground on which I stand.

While the Upajihattana Sutta isn’t a traditional Zen text, many Zen groups have followed Thay incorporating it into their liturgies. As I said, ours is one.

One day a visitor to one of our Zen groups came up to me after the evening sit and asked rather harshly, “Why are you trying to kill me?” I was taken aback. I didn’t think I had tried to kill this particular person, so I asked what do you mean?

He said, “When you have us chant that we’re going to die, it plants the seed of death in our consciousness.” Ah. I realized he was part of that new thought subset that believes reality is created by a person’s ego. I hated to be the person to break the news, but apparently someone had to. And I told him, actually it didn’t matter what he thought. He would at some point. Sooner, or, later, die.

He didn’t take it well. And he’s never been back.

Here’s the deal. We are all going to die. You will die. I will die. Part of an authentic spiritual path is coming to grips with that reality.

And, in some ways we can ask whether it matters all that much whether it is an individual death or the death of a species. We can get really big picture about this and note even stars die. And, while we can’t be sure about this, it looks like the universe itself will either stop expanding and begin to contract and eventually collapse back in on itself, effectively ending all things as we comprehend them, or, it could be that it will just expand out until everything falls apart. Death, as we understand that word being the operant term for either scenario.

All things made of parts will come part.

And, of course, this place here is where it all happens. There’s that other part of the Sutta. That coda about our deeds and the ground of our lives sings something into my heart. I think about my relationship with this world, so terrible and beautiful, so joyful and so painful.

I think about my own experience of life and the mysterious sense of connection that rises in my heart as love.

The part that is inescapable for me, is that the very act of attending, of being present, calls me into engagement, into actions, into a life of deeds. And, at the very same time, what I know I must do, is let go of the results.

Results are someone else’s problem. Mine is the engagement of the moment, here and now.

And, as I feel the call of love, and the cries of the world, I find myself trying to find the right actions for the moment. Can I do something about those marching armies? Right off I don’t see how. Can I do something on a smaller stage that might be helpful, even if it is only hospice work? That seems a bit more doable.

For me knowing we all die helps. There’s something liberating in knowing that no matter what I do we all will die. But, at the same time, it isn’t a call into despair. Rather it is a call to let go of those results. It is a call to engage for the purpose of being present to the universe itself, to the holiness of our presence, to the engaged mysteries we call love.

Bodhisattva action. Love engaged with out expectation, surrendering that having to win, well then it becomes something.

It becomes love without end.

The picture is “Mothers and Children” by Kathy Kollwitz