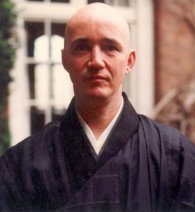 It was on this day, the 6th of September, in 1990, that Issan Dorsey, Zen priest and abbot of the Hartford Street Zen Center died from complications related to the AIDS virus.

September 5, 2017
Creatures of Pain and Joy: A Meditation on a Zen Koan and the Abiding Reality of Human Hunger
Next Post

September 7, 2017 The Dangers of Irony in Literalist Times: Thinking of Guillaume Apollinaire
Recent Comments
0 | Leave a Comment
Browse Our Archives
get the latest from
Monkey Mind
Sign up for our newsletter
POPULAR AT PATHEOS Buddhist
1