The Three Steps on the Spiritual Path, Or, Maybe Five. A Zen Reflection on Dionysius the Pseudo-Areopagite 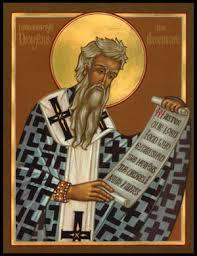 According to the late fifth early sixth century Syrian monk we know as Dionysius the Pseudo-Areopagite, himself drawing heavily upon Neo-platonism, there are three steps to the path of holiness. As a Zen practitioner, I find them a useful if not complete map. Perhaps you might, as well.

Writing in his Celestial Hierarchy, Dionysius names these steps, or, maybe modes would be a better term, “purifying, illuminating, and perfecting; or rather it is itself purification, illumination, and perfection.” In this he hedges, if I read the line correctly, implying they all are actions, all in a sense, verbs. And I have a problem with reading them as rungs on a ladder. Fortunately, right at the beginning, I love how St Bonaventure looks at these three steps and says in fact they’re not hierarchical. You don’t go through one and then the other. Each is in fact present at every moment. Steps. Or, maybe its modes. That works for me. And at the same time there is something of a staging that does goes on when we decide to take on a spiritual path.

While helpful, it’s all dynamic, and no one should take any attempt at mapping our spiritual path as anything but a rough sketch. And, of course, rather arbitrary. Among later commentators, one of my favorites, Evelyn Underhill reformulates this as five steps, again, or modes, or moments, adding to purification, illumination, and perfecting (or theosis, or deification), the dark night of the soul, and the unitative life. These are maps not the territory.

That said, as a map they do point. There are reasons generations have found them helpful. Including me. With that, a few thoughts on each of these steps or modes.

First, katharsis, purification or purgation. It does feel like a beginning, and in many ways it is. Here we start as we are. I’m fond of that line from Rumi, which I think of as the call to those ready to hear. “Sit, be still, and listen, because you’re drunk, at we’re at the edge of the roof.” Here we notice something is wrong. Whether it is in the world or within our hearts almost doesn’t matter.

If we don’t feel that wrongness, there is no reason to do anything. But, once we do notice, well things happen. That noticing takes a number of different shapes. We can see the hurts inflicted by societies. We can see the dangers inherent in being alive and so fragile. That very fragility can feel a wound, a wrongness. But, as I see it, it requires our noticing at some point some great part of this wrongness has to do with us. You. Me.

Once we see the wrongness, the hurt, we respond in many ways. We may have tried to address it through the actions of the world, drink and drugs, sex, money. But, at some point we see those are not fixes to the hurt.

And with that we launch. Depending on the traditions within which we live this might pull us toward prayer or meditation. For, me, part of the attraction of Zen is how it offers among the most straight forward and practical of practices. At the heart of them all: sit down, shut up, and pay attention.

Here becomes a current for a spiritual life. For me it is the regular returning to paying attention.

Second, theoria, illumination. This is the place of contemplation, where we begin to get a handle on the practices, or rather the practices begin to take hold of us. I like to tell how I once wrote an article on mediation and the publisher commissioned some wonderful illustrations. However, when it came to the image of the meditator, the figure is sitting, and all around her arrows are pointing out. I wrote back and said my problem with that image is that the arrows are going in the wrong direction.

They said, oh. And, then, that’s too bad. And then they published the article with those arrows aiming out at, well, the ten thousand things. Sort of the way things often are. Including ourselves. I notice we rarely have a good handle on why we practice or even how we practice. We stumble along.

But, as we put ourselves in the way of these practices things happen. We might actually, we will almost certainly start by looking out. We begin by advancing, by projecting our ideas on to the things of the world. Of course, there isn’t a ton of success in this.

Here we move into realms where our ideas of what is and what is not begin to crumble. We may have visions. We may hear things. The world itself becomes uncertain. There are traps, snares, a thousand million ways to go wrong. But, we persist, we continue to sit, we consult elders, and like water on stone, gradually, gradually, our false sense of self gets worn down. And, if we’re particularly lucky, some fissure in the rock will be revealed, and will at some point by that simple drop, drop, will crack the whole thing open.

But, whether dramatically or so subtly that we can’t even notice something is happening, the shift does occur. The light in fact turns inward. And what we might have thought was our own effort, we begin to notice is only a part of the picture.

And, with that, third, theosis, deification, or union. Here we find the inspiration out of which Meister Eckhart sang “The eye with which I see God is the eye with which God sees me.” Here we are describing the fruits of our practices, of our insights. Here we begin to enter the mystery. What I love about this approach is even this is not a once and forever thing. We may indeed have moments of amazing clarity. Great break throughs. And, we may not. And, even the great breakthroughs are not once and forever. They leave a trace, that can indeed inform us, and never be lost. But, that moment is itself a moment.

Once many years ago, I was sitting deep in sesshin, a Zen retreat. I’d arrived in a place of astonishing clarity. And there was a proof to that pudding. I was able to answer koans as if they were children’s riddles. They were each as obvious as the nose on your face. And, I recall the rosh noticing this and leaning in until our noses weren’t more than inches apart. I could smell the black tea he preferred on his breath. He smiled, as I recall wickedly, and said, “James, don’t forget. Even enlightenment is just an idea.”

The beauty of these graces come as reminders of our deep truth. We are in fact not only empty of any specialness, but also connected more intimately than words can ever say.

And, yes, just a map. And never a complete map. There are those dark nights. There’s another thing that has been called the noon day devil. And, it is all a process that never ends. Not so far as you or I are concerned. 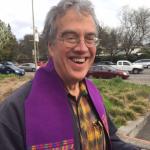 September 12, 2017
Noting the Beginning of an Interfaith Zen Community in Kentucky
Next Post