A Song of Life and Death: Some Random Notes from a Zen Retreat

A Song of Life and Death: Some Random Notes from a Zen Retreat October 2, 2017 James Ford 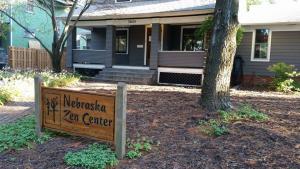 Jan and I are just back from a three-day sesshin in Omaha. Sesshin is a term of art within Zen. It’s a Japanese word, it translates roughly as “to touch the heart mind.” And it refers to a period of time, usually three, five, or seven days, although it can and sometimes is more, all dedicated to Zen style meditation. So, we returned physically exhausted. And finally in our own beds slept pretty hard.

This morning we awoke to the news. As I write these words just shy of sixty people are counted dead and more than five hundred are reported injured. A man with a pile of rifles emptied them into a crowd attending a country music concert in Las Vegas. I watched the shooter’s brother speaking through the confusion and hurt, speaking of how their ninety-year old mother has been informed one of her sons is a mass murderer. And, is now among the dead. The pain of so many, the fear, the confusion, the searching for answers – many, maybe the most important of them probably never coming.

No words can touch the hurt. 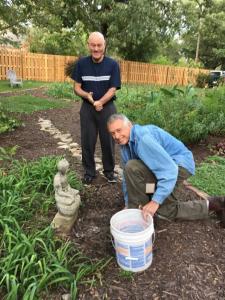 And, me. I’m just back from the hardest and most important current of my spiritual life, a sesshin, an intensive Zen meditation retreat. Raw. Vulnerable. Hearing these words on the screen, and feeling few buffers.

They’re all a bit different, most include talks on aspects of the Buddhadharma, some physical work, and spiritual-direction interviews. But, all are primarily focused on sitting meditation in the Zen style.

The meditation periods range from twenty-five minutes (which we normally do in Boundless Way and at our Blue Cliff sanghas), thirty, thirty-five, forty, forty-five, fifty or one hour. This retreat in Omaha featured thirty-five minute periods.

The periods are broken with Zen’s follow-the-leader style slow walking meditation called kinhin. These are much shorter periods, usually in session, seven minutes or so, up to ten minutes. Although there is often a longer period of walking meditation in the mid afternoon.

A “day” of sesshin usually runs from early in the morning, in Omaha wake up was at four thirty a.m. and sitting commenced at five ten. And the last period and a brief closing ceremony took place close to nine p.m. When it is a “one-day” zenkai, or zazenkai, the day can be as brief as nine to five. But, in a longer retreat that much earlier in the morning to well into the evening is normative.

It’s all pretty intense. And, given this morning, from intense to intense. So few buffers. The world it turns out is in fact a dance of intimacy. The world’s hurt is our own. Mine. 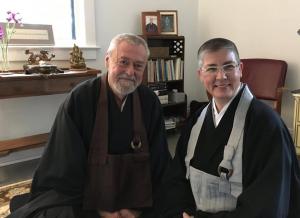 On our flight back as a small reflection I tried to calculate how many days of sesshin I’ve sat over the now roughly fifty years I’ve practiced Zen. My best estimate is something in the neighborhood of a thousand days. That is I’ve probably spent a good three years of my life sitting on a pillow facing the wall (In the Soto school one faces the wall. Here I mean it literally sometimes, but as I’ve sat in communities that face into the center for meditation, I really mostly mean it metaphorically) And this does not count the regular morning or evening meditation schedule which has shifted in various ways over the many years.

This is a practice of fronting reality by, in the words of Dogen Zenji, turning the light inward. It is a period of time we give over to just noticing, bringing silence, and curiosity to who and what we are.

And that is the project. 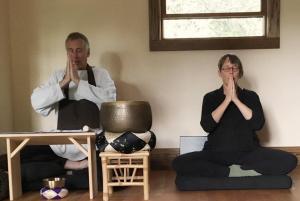 It is the great koan. And I guess as I use that term koan I mean it in both the more popular use of a “powerful conundrum,” something with no simple answers, and also in the more technical sense of a pointing to reality together with an invitation to take one’s place within the great mystery.

Like all people my life consists of many things. But, because of the amazing gift of Zen meditation and particularly those intensive periods of time that cut through the course of my life, I find my heart full to over flowing.

Lots of sitting. Some work. Some tears. A few laughs. Eating mindfully. Leaning into the mystery. Today, I awake to some terrible news. And, of course, I know there is more terrible going on out there in the world. Actually, plenty of terrible going on right here in my home town. The world is hurting. In some ways, we can even say it is dying.

All of it. None of it unimportant.

I find my mind going to that wonderful Mary shrine here in Long Beach that’s tended to by Chinese Buddhist monks. Recently a homeless person has set up camp at the edge of the walkway. The monks have chosen not to have him move on.

And, not turning away. 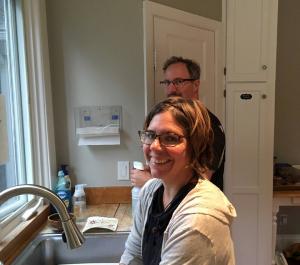 On a related note, I was reading a Facebook posting from my friend who is a Lutheran minister as well as more than a little familiar with Zen. The Reverend Fritz Wendt was talking about his experience guiding clinical pastoral education, training chaplains, and dealing with a student still caught up within the rigidities of doctrine. Doctrines have a place, no doubt. But, there is a point where they don’t. 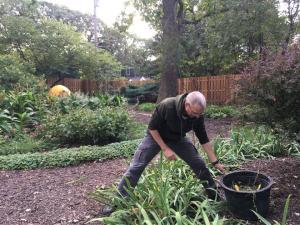 So. And. Right now I’m sitting on the balcony of our condo in Long Beach. Our local parrots have flown up from the neighborhood down the street and are frolicking on the rooftop across the way. I’m sipping my morning coffee. I know there are those terrible, terrible things going on in the world. And the world calls to use my hands. My hands. The hands that are at this moment placed above the keyboard of my computer.

We’re dying. You. Me. The world is dying.

And there is so much love. Hands reaching out.

And taking it all together, I’m just feeling waves of gratitude… 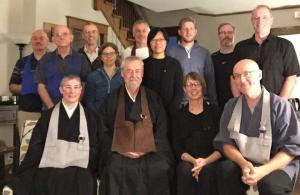 September 30, 2017
Sesshin Guidelines at the Nebraska Zen Center
Next Post

October 3, 2017 Zen Teachers: Wheat and Chaff
Recent Comments
0 | Leave a Comment
Browse Our Archives
get the latest from
Monkey Mind
Sign up for our newsletter
POPULAR AT PATHEOS Buddhist
1