A Fierce Joy: A Small Zen Reflection on the Work of Angels

A Fierce Joy: A Small Zen Reflection on the Work of Angels November 8, 2017 James Ford 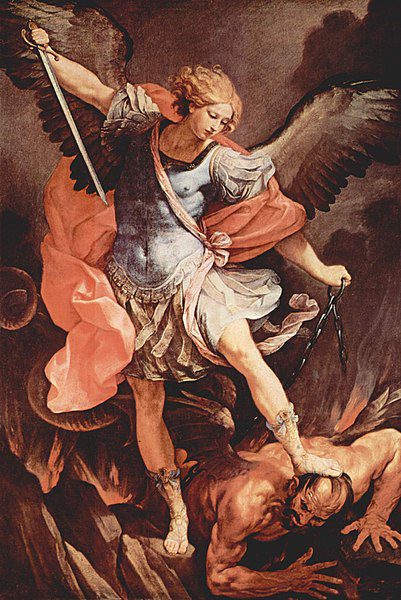 As I was perusing Wikipedia’s calendar of things that happened on this day, the 8th of November, I saw that it is the “Synaxis of the Archangel Michael and the other Bodiless Powers of Heaven” within the Orthodox Christian churches.

I was caught up with those bodiless powers. And, so, I had to do a little more research. A Synaxis is literally a “gathering together,” but is understood as a gathering for liturgical purposes. Within Christian Orthodoxy it is a celebration following a feast day. Cool. I thought. Then Michael. The fierce Michael. He is featured in the deliciously hallucinatory Book of Daniel and is honored in all three religions of the Book, Judaism, Christianity, and Islam. In Christianity he was originally an archetype of healing, but somewhere along the line becomes the general in the armies of God.

I like that terrible aspect. There is something true about it.

But the line I liked best, that sent me off to dig deeper were those “Bodiless Powers of Heaven.” This term seems to apply to all angels. Angels are many things, but most importantly they’re conceived of as intermediaries between God and the world. And so the word itself is derived from the Latin “messenger.” Which itself seems to come from Greek. And, just to keep it really, really interesting appears to have originally been borrowed by Jewish writers from Zoroastrianism. Both traditions use the same “Malak” for angels, and used in that same sense of messenger.

Later and critically in some ways the ever interesting Dionysius the Pseudo-Areopigate worked the whole angel thing into something like a map of that path between heaven and earth. At least as I read his hierarchies. As someone without a deep sense for the supernatural I tend to look for the natural within such things. And, here, we find a compelling invitation.

I am a fan of James Hillman, who is said to have advocated a radical deconstruction of empirical psychology. As I’d first been attracted to the great empiricist William James, Hillman showed me how to appreciate while breaking free of James’ reductionism. And there is more. Hillman offered tools for me as a Western Buddhist to understand both the teachings I’ve received and my own experiences.

So, for instance Hillman tells us “Words, like angels, are powers which have invisible power over us…” Me, I love the connection between words and angels, both as mysterious entities with powers that we are not necessarily aware of, or totally understand. And I continue to think of angels in that way.

Thinking of Hillman, I began to search around the inter webs and found some quotes from him on angels. Several I thought particularly helpful.

But, also, I find him and his angels a bit of an invitation that turns some traditional Buddhist insights inside out. And gave me some real guidance as I began to deeply explore the Zen dharma. “Open your heart, your gaze, to the visitations of angels, even if the gifts they bring may not be centerdness and balance but eccentricity and a wholly unfamiliar sense of pleasure called joy.” For me the great project of insight, of wisdom has not been a path leading me to calm depths. Rather it has been Mr Toad’s wild ride. And, fortunately I’d been warned.

No doubt Zen has been a path to a certain mysterious joy. That joy that arises in the face of seeing how everything and everyone is in fact dying from the moment we birth into this world. Of course there is sadness. Of course longing. And hurt. And loss. Of course all the range of emotions. No wonder one of the traditional images of the spiritual path is war. A dangerous image. But one we completely discard at our peril.

That said, at the heart of it all, coming from the side, from the corner of the eye, well not an eye, my eye: something never quite capturable is that mysterious joy.

And with that one last quote, a pointing for all of us on our various spiritual paths, but very much to those of us who walk the Zen way.

“We would like otherworldly visitors to come as distinct voices with clear instructions, but they may only give small signs in dreams, or as sudden hunches and insights that cannot be denied. They feel more as if they emerge form inside and steer you from within like an inner guardian angel” To which there is addendum. “And, most amazing, it has never forgotten you, although you may have spent most of your life ignoring it.”

A fierce joy. A terrible joy. 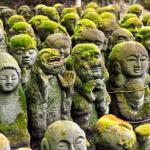 November 9, 2017 In Memory of Leonard Cohen
Recent Comments
0 | Leave a Comment
"I have to chuckle, just past the four Bodhisattva Vows I ran into an offering ..."
Kyllein MacKellerann " The Four Bodhisattva Vows
"In a way, it's frustrating—all that data and nobody knows a Da*n thing. Seriously, things ..."
Kyllein MacKellerann " My Quest for Unbiased News: Or, ..."
"The first river of the Bible is Pison: " The name of the first is ..."
Herrnhut Prophecies of the End: Dreams of ..."
"My primary consciousness on Zen is that unlike religion or philosophy which depend on linear ..."
Frank Redden Recalling the Archangel Raphael & Happy ..."
Browse Our Archives
get the latest updates from
Monkey Mind
and the Patheos
Buddhist
Channel
POPULAR AT PATHEOS Buddhist
1