The Cloud of Not Knowing: A Meditation on Zen and the World’s Faiths

The Cloud of Not Knowing: A Meditation on Zen and the World’s Faiths February 17, 2018 James Ford 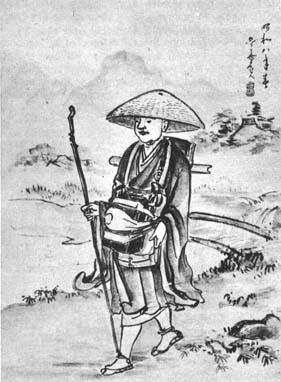 Recently on a Facebook group to which I belong one of the members asked what one non-Buddhist book was most important to me as a Zen Buddhist.

I realized I had one title pop up immediately. Others followed, but this was absolutely the first to come to heart.

It was Thomas Merton’s The Wisdom of the Desert.

That book was terribly important to me as I began to deeply feel that there were currents common to all the world’s religions. Not precisely various paths up to the same summit, but something mysterious and connecting.

So, I was a little disappointed years later as I learned how it had been carefully curated by Father Merton to emphasize those areas of possible compatibility with Zen Buddhism. Reading more comprehensive collections such as Benedicta Ward’s magisterial Apophthegmata Patrum, the Sayings of the Desert Fathers, or even Helen Waddell’s more introductory The Desert Fathers, reveals a fascinating, wildly diverse, and even compelling version of an ascetic Christianity.

And, so, even without the curation, there are moments within the sayings of the Christian desert fathers and mothers that genuinely look quite “Zen.”

For instance, in Father Merton’s version.

Some elders once came to Abbot Anthony, and there was with them also Abbot Joseph. Wishing to test them, Abbot Anthony brought the conversation around to the Holy Scriptures. And he began from the youngest to ask them the meaning of this or that text. Each one replied as best he could, but Abbot Anthony said to them: You have not got it yet. After them all he asked Abbot Joseph: What about you? What do you say this text means? Abbot Joseph replied: I know not! Then Abbot Anthony said: Truly Abbot Joseph alone has found the way, for he replies that he knows not.

In addition to the questions of curation, I am also aware of the dangers of seeking meaning for one’s own spiritual way in the utterances of someone on another way. But, my goodness, sometimes. Sometimes.

When asked what is Zen, the Korean Zen master Seung Sahn said, “Only don’t know.” This is the great secret of Zen spirituality. And, frankly, the secret gateway for us all.

And so we find this message collected as case twenty in the Book of Serenity.

It doesn’t really matter for our purposes who the players in this story are, although I find it interesting that they’re real historical people. Still, we can, and I believe it very helpful, to think of them as the part of our minds that believes it is in control and the part that knows better. “How are you doing?” I can ask myself. “Oh, wandering about,” I might reply. Particularly, right now. Interestingly, some versions of the text say “wandering about on pilgrimage.” Others, however, say “wandering about aimlessly.” These days, wrapped in not knowing, I prefer the second. Then pushed to respond to how I feel about this, I really, really understand that line “I don’t know.”

And, Christians get it. (Yes, not all Christians. Of course, the same can be said about many Buddhists…) We got it in that saying from the Desert Fathers.

As sort of a desert, here’s another Christian text that points in this direction, as well. The more common version for the title is the Cloud of Unknowing. It could just as easily, just as accurately be titled the Cloud of Not Knowing.

Not knowing. Only don’t know. The cloud of unknowing.

The cloud of Not Knowing…

February 16, 2018
Marking the Birth of Phineas Quimby & the Earliest Beginnings of the New Thought Movement
Next Post

February 18, 2018 A Meditation on Our Broken World, Zen’s Ten Oxherding Pictures, & the Intimate Way
Recent Comments
0 | Leave a Comment
"This article is fascinating to me, having an earlier career in counseling and psychotherapy. I've ..."
Howard Pepper Think of me as a Pseudo-Jungian: ..."
"Jung first foremost was an artist. So he was never doing actual "science" in that ..."
davidt Think of me as a Pseudo-Jungian: ..."
"Beautiful. Thank you. One piece that I claim some knowledge of is just war. You ..."
PhillipWynn WHO WOULD YOU BE BURIED WITH?
"happy birthday old scout! how true the pome! my 73rd is this coming september 29th: ..."
Brian McInerney The Zen priest recalls a poem ..."
Browse Our Archives
get the latest from
Monkey Mind
Sign up for our newsletter
POPULAR AT PATHEOS Buddhist
1