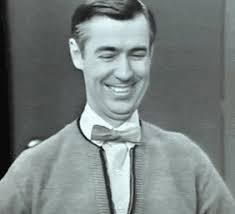 I was driving home from a meeting with a friend who has decided he would like to formalize his relationship with me as his primary Zen teacher. A powerful meeting requiring both of us to be honest with a lot of issues as we explored what that studying Zen and, well, studying Zen with me, might actually mean.

As is often what I do while driving alone, I turned on NPR. And there on the Terry Gross show I learned that today, the 19th of February, 2018, is the fiftieth anniversary of the first episode of Mr Roger’s Neighborhood. The Terry Gross episode included an appreciation of the man and his show and an interview Ms Gross conducted with him back in 1985.

It triggered a small cascade of thoughts.

The first was inspired by a Facebook thread from not all that long ago where someone posted something, I no longer recall precisely what, but it ended up with some people offering how they “never really trusted Mr Rogers.” Fine. But some added in expressing their vague sense about how any man with such an obvious interest in children, well… At least one other person offered straight up that everyone knew Fred Rogers was gay. Not exactly related. But constellated in some people’s hearts.

Pedophile, well, I actually don’t know what to say about that. There’s simply nothing to lead in that direction, other than the thought no man can express care for children who doesn’t have some unhealthy hidden agenda. Frankly, that very thought being expressed, or, well, maybe even being thought opens some things about us, all of us that perhaps should be looked at.

The other issue raised is less fraught, although with an even so… I got back home and googled the terms “Mr Rogers” and “gay.” The most compelling post to pop up was an article by a religious studies scholar Michael Long, a blogger for the Huffington Post, written in 2016, about a decade after Mr Roger’s death. Its worth a full read, but if you want to cut to the chase. Beyond noting there was in fact no reason to think he was anything but a straight white male who eschewed machismo:

“(P)erhaps we should turn the camera lens toward ourselves and assure Fred Rogers that we like him just as he was: the opposite of machismo, a loving husband and father, a close friend and employer of gays, a man who grew to support at least one friend’s desire for an openly gay relationship and, above all else, a compassionate human being who assured each of us that, no matter who we are or what we do, we are always and everywhere lovable and capable of loving…”

Beyond the actually irrelevant question of his sexuality, me, as I find myself reflecting on Fred Rogers, I find myself considering the matter of common decency. And, with that I found myself thinking, just a little, about how difficult it can be for us in our time and place to accept there is any such thing as common decency. Even when we see it. We want to take it slant, we want to make it something else.

Even as, well, there it is. Just as it is. Accepting us all as we are. Common decency. Fred Rogers put common decency on full display. And did it for many, many years.

I think of Fred Rogers and I realize I am confronted with common decency. And how it is so hard to accept it exists. And how grateful he did it. Showed it.

There’s something sad that we encounter this common decency and are suspicious. But, at the same time, perhaps we notice something lovely in how on occasion it is on full display. And, I think about how he modeled it for a generation.

As a post script, and, perhaps of interest. Here’s the first episode, as I noted at the top, first run exactly fifty years ago.

February 18, 2018
A Meditation on Our Broken World, Zen’s Ten Oxherding Pictures, & the Intimate Way
Next Post

February 20, 2018 Eating Rice, Taming an Ox: Master Dogen on Zen Practice
Recent Comments
0 | Leave a Comment
Browse Our Archives
get the latest from
Monkey Mind
Sign up for our newsletter
Related posts from Monkey Mind 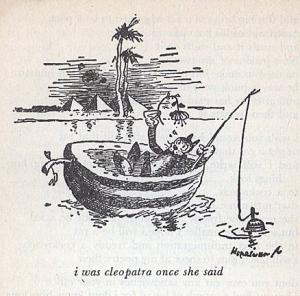 Buddhist
Being Bodies: Reflecting on the Song of Mehitabel...
Monkey Mind