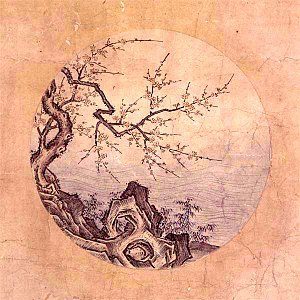 I am quite fond of the idea of catechisms, those presentations of a religious tradition’s core teachings through a simple question and answer format.

The Christian church invented the idea. In fact the word “catechism” comes from Koine Greek and means “to teach orally.” While in many minds the format is for children, and no doubt that has been a principal use, the catechism is useful for adults as well. All the Reformation churches, including Unitarians, had catechisms. And, catechisms continue as critical pedagogical tools among Catholics.

The idea entered Buddhism in 1881 when the Theosophist and sort-of Buddhist Colonel Henry Steel Olcott composed one for Sri Lankan children. Despite its many flaws it appears to continue to be used in some parts of Sri Lanka to this day. For the full text of Colonel Olcott’s Buddhist catechism, go here.

Then in 1888 Fredrich Zimmermann writing as Bhikshu Subhadra published another Buddhist Catechism based on the colonel’s work. (Available here.)

Inspired by these attempts I thought I’d try to compose a “Brief Zen Buddhist Catechism.” I’m starting with Bishop Ledbetter’s Smaller Catechism, but adapting it in light of both contemporary scholarship and my own Zen perspective.

Very much a first draft. I invite your comments and pointers.

1. Q. What is your Religion?
A. Buddhism

2. Q. Who is a Buddhist?
A. A Buddhist is one who follows the teachings of the Buddha.

3. Q. Who is the Buddha?
A. The Buddha is the teacher Gautama Siddhartha, born a prince, who renounced royalty, sought liberation from the endless cycle of hurt, and achieved it. He is the great physician who diagnosed the hurt of the world and prescribed a cure. Buddha is also the term for anyone in any age who has achieved the great healing.

5. Q. What was the cause of his dissatisfaction with his life?
A. After living a life of privilege, and then leaving the sanctuary of his childhood, Gautama Siddhartha encountered four things: sickness, old age, death, and someone who seemed to have experienced a way of peace in the face of this overwhelming sadness. This led him to embark on a great quest.

6. Q. When and where did he find peace?
A. After six years of striving, meeting with several great teachers, experiencing for himself extremes of privation, and finally sitting quietly under a Bo tree, he saw into the true nature of existence. In the moment of realization he declared “I see at last that I and all things attain liberation together.”

7. Q. What did he become out of this moment?
A. He became the Buddha.

9. Q. For how many years after he became Buddha did he preach his doctrine of liberation?
A. For about forty years.

10. Q. Where was he when be passed into Parinirvãna?
A. In the Sãla flower garden in the city of Kusinãrã.

11. Q. Ought we not to love him, because he found out for us the cause and cure of human sorrow?
A. Yes, we ought to love and revere him with all our hearts.

12. Q. How can we best show him our love?
A. By following his teachings.

13. A. How does one become a Buddhist?
A. By embracing the Three Refuges, Embracing the Precepts, and seeing into our True nature.

14. Q. What is the first part of the formula of the Three Refuges?
A. “Buddham saranam gacchãmi.”

19. Q. What Does the word Buddha mean?
A. Buddha is the Awakened One, and means both Gautama Siddhartha the founder of our way, and all teachers of awakening.

20. Q. What does the word Dharma mean?
A. Dharma is both the direct teachings of the Buddha as contained within the canonical teachings of the Theravada and Mahayana canons and all teachings that point to the healing of human hurt.

21. Q. What does the word Sangha mean?
A. Sangha means both all members of the human community who turn their hearts toward the ways of healing and those who have taken the vows of priests, monks, or nuns on the Buddha way.

22. Q. After repeating the formula of the Three Refuges, what is next?
A. Next we embrace the Precepts.

33. Q. From what do you promise to abstain by this Precept?
A. “I promise not to indulge intoxicants.”

34. Q. What are the Four Noble Truths?
A. The Four Noble Truths are these: 1) Acknowledging the existence of hurt; 2) Seeing the cause of the origin of hurt; 3) Realizing the possibility of an end to hurt; and 4) The great middle way that leads to the healing of the human heart.

35. Q. Give examples of things that cause hurt?
A. Birth, decay, death, separation from those we love, grasping after objects which are unpleasant, and the seeming endless arising of desire for unattainable objects.

36.Q. Is there another way to understand these issues of human hurt?
A. Yes, as the three marks of existence.

37. Q. What is the first mark?
A. The first of these is anitya, a noticing that all things are impermanent, existing for a moment and then passing away.

38. Q. What is the second mark?
A. The second is anatman, the noticing that nothing has a special essence, all things are composed of parts that are themselves insubstantial, or more accurately have no abiding substance. Things exist within their moments in way similar to the contemporary wave/particle theory, where from one angle quantum entities are particles and from another waves.

39. Q. What is the third mark?
A. This way of perceiving is a psychological/spiritual level of human consciousness, where our grasping tightly after things that have no enduring substance, is dukkha, that sense of discomfort, of sadness, of hurt that seems to mark so much of human existence.

40. Q. How can we escape from this hurt?
A. It can be done by letting go of grasping after things as they rise and fall.

41. A. What is Zen?
A. Zen means meditation. It is what we call a school of Buddhism that arose in China in the late Middle Ages and which focuses on the disciplines of meditation.

42. A. What is the principal concern of Zen?
A. Zen is concerned with awakening, with our ways of letting go of grasping.

43. Q. What will happen to you if you let go of grasping?
A. The attainment of Nirvãna or awakening or liberation. All terms describing the healing of human hurt.

44. Q. What is Nirvãna, awakening, liberation?
A. We discover awakening to the liberation of our hearts, the achievement of a peace that passes all understanding. It is seeing past form and emptiness.

48. Q. What are the good objects to meditate upon?
A. It is good to meditate upon: 1) the impermanent nature of happiness and sorrow [and the states of meditation (Jhãna) which produce freedom from our grasping consciousness]. 2) the good actions  we can do; and 3) how we can attain liberation.

49. Q. Is there some way into deeper realities?
A. Yes. Through the simple practice of intimacy.

50. Q. How do I do this?
A. Through sitting down, shutting up, and paying attention. Just being present as things arise and fall.

51. Q. What are koans?
A. Koans literally mean “public case,” as in a legal document. They are poems fragments of stories, or anecdotes that offer assertions about our original awakening an invite us to stand in that place.

52. Q. What are the basics of wholesome engagement?
A. “Not to do harm, “To increase good, to purify the mind; This is the teaching of the Buddhas.”

53. Q. What are the principal causes of hurt within our human hearts?
A. They are three: greed, hatred and abiding certainties.

54. Q. What are the marks of a wholesome life
A. They are ten:
1) Charity.
2) Observing the Precepts.
3) Meditation.
4) Giving an opportunity to others to partake in one’s own good actions.
5) Taking delight in the loving acts done by another.
6) Caring for others.
7). Honoring those worthy of honor.
8) Explaining the teachings to others when they ask.
9) Listening to explanations of the teachings by those who are more mature on the way.
10) Going for refuge to the Three Treasures which are the Buddha, the Dharma, and the Sangha.

55. Q. What are the duties to be performed by parents toward their children?
A.1) To guide them away from harmful behaviors.
2)To keep them toward healthful behaviors as described by the Precepts,
3) To invite them to a broad a liberal education including arts and sciences.
4) To prepare them to be suitable partners in life.
5) To give them the education they require for a healthful life.

56. Q. What are the duties to be performed by children towards parents?
A. To love and care for their parents as needed. And when the time comes to honor their deaths.

57. Q. What are the duties to be performed by pupils towards teachers?
A. To honor and listen to them.

58. Q. What are the duties to be performed by teachers towards their students?
A. To guide them with humility and respect and to open the ways of wisdom.

59. Q. What are the duties to be performed by people towards friends and others?
A. To speak kindly, and to help as best possible when the need arises.

61. Q. What are the duties of a priest, or monk, or nun towards others within the community?
A. 1) To restrain people from harmful actions
2) To model respect and caring.
3) To teach the way.

63. Q. How can one observe the way?
1) In supporting priests, monks, nuns, and beggars of any condition.
2) In observing the Precepts.
3) By taking up the practices of Buddhist meditation.

May 24, 2018
A Flash of Lightning in a Summer Cloud: A Zen Reflection on Passingness
Next Post

May 26, 2018 Thank You, Mr Stoker! A Small Meditation on the Vampire
Recent Comments
0 | Leave a Comment
"this geelong seafood blog is great. geelong seafood"
John N LIVING IN THIS FLOATING WORLD: A ..."
"https://www.youtube.com/wat..."
Robert Flannery Narcissus Drowned: The Zen Priest Takes ..."
"long live Theo-poetics! and universalism! and so on and so forth!"
Roger Butts That New Universalism: A Smallest Meditation ..."
"Thank you, James. You explained prayer to me as a way even I could accept. ..."
Ohyetwetrust A Meditation on What My Grandmother ..."
Browse Our Archives
get the latest from
Monkey Mind
Sign up for our newsletter
POPULAR AT PATHEOS Buddhist
1