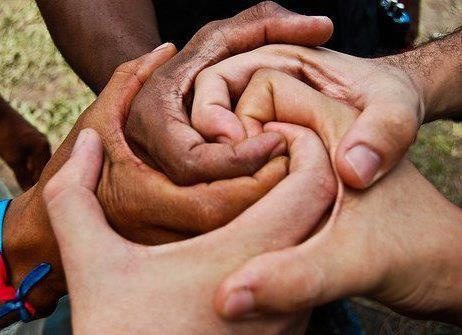 It was on this day in 1373 that Julian of Norwich recovered from a serious illness during which she experienced a series of sixteen visions. And it is on this day she began to write down what had happened to her. She kept working on that text for several years. This writings would eventually become the Revelations of Divine Love.

Beyond her writings we know almost nothing about her, not even her name. About all we are sure of is that she lived for years as an anchorite, a solitary monastic, at the church of St Julian in Norwich, from which we get a name for her.

She hasn’t been formally acknowledged as a saint within the Roman church, although many celebrate the 13th of May as her feast. The Anglican church does honor her officially, on the 8th of May. As do some Lutherans.

Now my problem with Julian is the standard one for a Zen person when confronted with visionary experiences. If someone comes to me in my capacity as a spiritual director and tells of experiencing visions my response is, “Don’t worry, they will pass.” And they do pass.

More problematically, I’m painfully aware of how many people who experience visions create idols of the truth they appear to experience. It is common to twist the realities our hearts can and do perceive. Often they contain some seed of that reality, some genuine experience of depth. But most often these insights are quickly interpreted through some misunderstanding of what happened, or some dogmatic assumptions, or, even more likely through some wound of the human heart that twists the original insight until it is almost or even completely lost. Too often I’ve heard reports from people where their interpretation and their certainty about it seems to lead to more sorrow than joy.

So, the caution. Don’t worry. It will pass. And. It will.

The name we in Zen give visions is makyo. Makyo literally means a ghost or a devil cave. I’ve seen the term freely rendered as “diabolic interference.”

The assumption for us on the Zen way is at one with the bumper sticker that reads “don’t believe everything you think.” Actually, don’t believe anything you think. It never is the reality. Our interpretation, our memory of what we experienced can be important. Is important. But, its always through a glass darkly. It is always recalled reflected in a funhouse mirror.

And, these experiences can have truth about them. Often they do. In my own spiritual quest I experienced a number of these visionary experiences, makyo, if you will. The one that most rises in my heart as I write this is how during an intensive Zen meditation retreat having a vision of Jesus walking toward me and saying, “I have a great gift for you.” My immediate thought was of my childhood Jesus, the one with all the children. And waves of gentle love washing over me. Then. He spreads his hands to reveal bleeding wounds. A terrible visceral fear leaps into my throat, as he then grasps my own hands with those bleeding hands. And, with that the pain of worlds birthing and dying ran from his wounds into what are now mine.

My hands hurt for weeks after…

And. I take it as makyo.

And. And, there is a very important part of my spiritual life that is informed by the hurt of the world that finds expression in that vision.

But, nonetheless taken as something that happened once in the past. And which is now a story, polished, and recalled. So, I don’t take it seriously. Well, I do. Deadly seriously. But, I also hold it lightly. I hold it as part of a world of experiences. It is part of who I am. And, in that part I see into something mysterious and true. But, I know it is also my reading, my experience, my vision; and only, ever, only a part of something more.

What it does more me more than anything is lead me into the ways of not knowing.

Just so, the woman we know as Julian had her visions. And reflected. And found a teaching that many of us find worthy. Including, no doubt, me.

For Julian there appear to be three things that emerged. One, maybe the most important was that there was a great love in the universe, something that appeared to be able to overcome even hell. Second she saw that sin was ignorance. And third her imagery of the divine, both God and Jesus was feminine. It seems to me each of these things takes Christianity to a new place, a more valuable and if you will, truer place.

In many ways her “all shall be well” reminds me of Yunmen Wenyan’s great koan “Every day is a good day.” Another line delivered in the midst of much hurt.

I find these true paintings. The thing is if something like these revelations can be encountered “lightly,” not superficially, but held with open hands, broadly, pointing, informing but not inviting a closing down on it as the only truth, then we are truly invited into that mystery of not knowing. Even those hands grasping tightly as worlds birth and die must be held lightly. Not knowing. Only not knowing. The well that never dries up.

And with that a major practice point for all of us, whether on the Zen way, or any other path of depth. Experience what experience you are gifted with. Hold these things lightly, don’t crush the life out of them, hold them lightly. And then who knows what might be revealed.

It seems to capture much of the spirit of divine vision that is useful.

An invitation to the open heart, the full heart, the heart that does not turn away, and what might be found in such a moment of naked presence…

Whatever we inherit from the fortunate
We have taken from the defeated
What they had to leave us – a symbol:
A symbol perfected in death.
And all shall be well and
All maner of things shall be well
By the purification of the motive
in the ground of our beseeching.

Pay attention. Grasp nothing. Hold all with open hands.

May 15, 2018 Kuoan Shiyuan's Ten Oxherding Pictures
Recent Comments
0 | Leave a Comment
Browse Our Archives
get the latest from
Monkey Mind
Sign up for our newsletter
POPULAR AT PATHEOS Buddhist
1