The Secrets of Interdependence: Or, Confessing a Universalist Zen Buddhism

The Secrets of Interdependence: Or, Confessing a Universalist Zen Buddhism June 23, 2018 James Ford 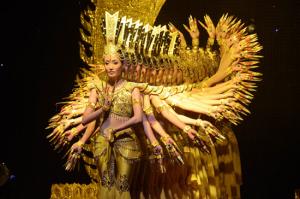 I woke up this morning thinking that the best way to describe my faith stance in this world is as a Zen Buddhist Universalist. I could, with some prodding, even go as simply as a Universalist Buddhist.

So, what can that possibly mean? Obviously we need a working definition for both Universalism and for Buddhism.

Here’s a definition from a Theravada perspective pulled from Bhante Shravasti Dhammika’s Guide to Buddhism A to Z:

Universalism as the term is used in religion refers to two concepts; either (1) the idea that a religion is meant for all humanity rather than just a certain race, tribe, caste or gender, or (2) the belief that everyone, no matter what their religion, will be saved, enlightened or liberated. The opposite of universalism is particularism.

He then goes on to define a Universalism from a Theravada perspective. Which I find interesting. And, I think it needs a bit of work.

Universalism in fact has many faces. As perhaps is only appropriate. Good old Merriam-Webster gives a primary definition as “a theological doctrine that all human beings will eventually be saved.” It then notes the historic Anglo-American Protestant Christian denomination that would eventually consolidate with Unitarianism, creating the Unitarian Universalist Association. Anyone who reads this blog regularly knows that I have a long association with the UUA. So, one could say that Universalism is a minority stream within Christianity focused on everyone eventually being reconciled with the divine. As “divine” is so amorphous a term, perhaps it isn’t all that hard to see a commonality here with a Christian or in the case of Unitarian Universalism a Christian informed Universalism and Bhante Dhammika’s Buddhist Universalism.

Of course the very fact I need to modify Unitarian Universalism’s Universalism points to the fact Universalism has nuances beyond a belief “all will eventually be saved” or that “all will eventually be enlightened,” or even my “all will be healed.” For me it has to do with something deeper than any organized religion. It has to do with something that religions, all of them, Buddhism, Christianity, Judaism, Hinduism, name it, touch on, point to, but themselves, never quite get right.

For me Universalism of whatever flavor rests upon one great intuition of the human heart. And that is we are all of us radically connected, we are fully interdependent in ways our words can only approach. And, I’d go a bit farther and say enlightenment, salvation, the great healing are all words to describe our experience of actually knowing to our bones and marrow the truth of that word interdependence.

At this point in my life the issue is this. I believe there are currents of religion that are rooted in our biology, and as something natural, also something that people can find within all religions. And I hope it would therefore be obvious also available without any religion at all. We are able to perceive our connections, not just intellectually, but intuitively, physically. Awakening, salvation, all those different words that point to some great healing of some terrible rift are about our totally human, absolutely natural ability to see into our interrelatedness.

And for me all of this can be captured in that word “universalism.”

All of this said, Buddhism, for me, specifically Zen Buddhism maps this universalism most clearly, offering a description that I think is more true than most others.

There is no creedal statement commonly held, although in modern times and in the West in particular many have appealed to the Four Noble Truths as a description of Buddhism.

And then for me as a Zen Buddhist any definitions are tricky, as words are tricky. Although I find the summary statement in the Heart Sutra, “form is emptiness, and emptiness form” a very good pointer…

In some recent correspondence a friend cited one Tibetan authority who asserted four principles that describe Buddhism, and if one does not believe them, then that person is not a Buddhist.

I looked at this list and thought I could live with it, although I think the word “contaminated” and “suffering” need a little attention. I would substitute compounded for contaminated, as there is no pure reference point. The point as I understand it is that everything made of parts (and what is not?) will come apart, and that grasping at such things as if they’re permanent or whole or unchangeable brings about a sense of dis-ease, unsatisfactoriness, hurt, sadness, suffering, anguish. Each word pointing to this sense captured in the technical term dukkha.

As to Nirvana is peace. That too needs unpacking in that as a Zen Buddhist this is where we come to that Heart Sutra line I cited above. Here the identity of form and emptiness of samsara and nirvana cannot be ignored, and it is in fact the deep insight into this that is awakening. So, this peace that is nirvana also includes all the hurt of the world.

I thought it interesting that in this list the doctrines of karma and rebirth are not included. But, perhaps assumed? I believe any forthright examination must include these points. And I know this is where my orthodoxy starts getting a bit shaky.

In classical Buddhism karma is all about intention. And those intentions are what directly lead to rebirth, and the normative view has been that “rebirth” refers to post mortem reanimation.

Out of respect for the tradition I try to maintain an agnostic view in this regard. But. I’ve noticed agnosticism tends to lean one way or another. So as regards a subject like theism an agnostic might lean toward theism or atheism while professing not knowing. In regard to theism I lean toward the not very likely. In regards to karma and rebirth taken in those classical ways, I’m agnostic but lean rather heavily against the view.

Then there are the moral codes, the precepts. Some would include how we interpret them to fall within at least orthodox and heterodox, if not whether one is or is not a Buddhist. The original conversation with my friend turned on how Tibetans in general understand the refraining from inappropriate sexual acts. For the most traditional understanding this means no sex that isn’t for purposes of procreation. With all the fall out that has for homosexual persons…

I have a very strong reaction to this. I find that view ridiculous and body-hating and a shadow of Buddhism writ large. It is part of a Buddhist perspective that needs to be challenged from within the community, as damaging to the wholeness to which we are genuinely called by our tradition. I believe the only appropriate way of understanding the precepts regarding sexuality turn on respect and care and mutuality. Missing this is missing how we engage with open hands the matter of life and death.

My faith in this little corner of Universalism.

Each of us broken. Each of us healed by discovering the other in ourselves, ourselves in the other.

And that’s the project. That’s the universal message. We are called by the universe itself, and by our biology to know our radical interrelatedness, our interdependence, our interbeing. This is the ancient call of our hearts. This is the secret of our healing in this broken world.

Each of us broken. Each of us healed by discovering the other in ourselves, ourselves in the other.

June 25, 2018 Recalling the Discovery of the Buddhist "Dead Sea Scrolls"
Recent Comments
0 | Leave a Comment
"Neben der Entrümpelung Wien bieten wir Ihnen als Dienstleistung auch die Entfernung von Tapeten, Teppichen, ..."
Entrümpelung Wien Water and Light Soaking into the ..."
"Ive seen far too much of what Christianity has done and will continue to do, ..."
Brianna LaPoint Help Wanted: We’re Creating a progressive ..."
"this blog is supposed to be about Buddhism. See? this is why i dont like ..."
Brianna LaPoint Pilgrimages: A Mind Bubble on Spiritual ..."
"Ha ha, thank you, James!Yes, I think a good first book's main point may be ..."
Tim Macejak SINGLE BOOK ZEN: Zen Teachers Recommend ..."
Browse Our Archives
get the latest from
Monkey Mind
Sign up for our newsletter
POPULAR AT PATHEOS Buddhist
1